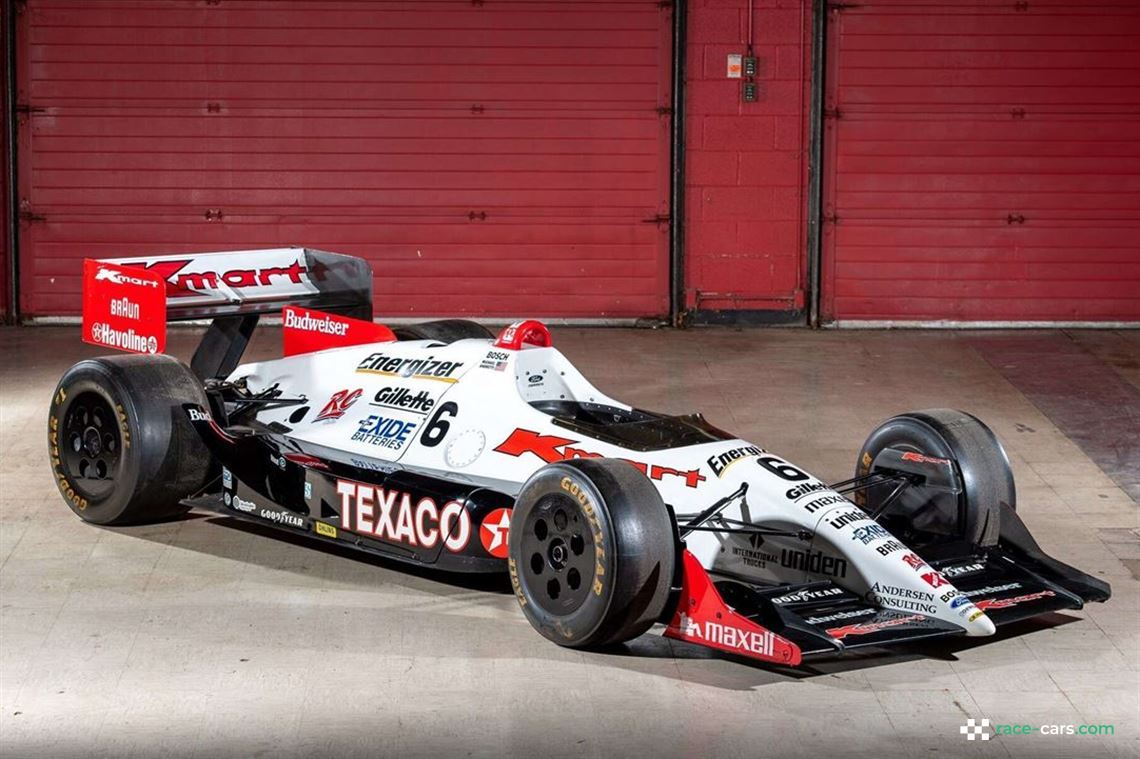 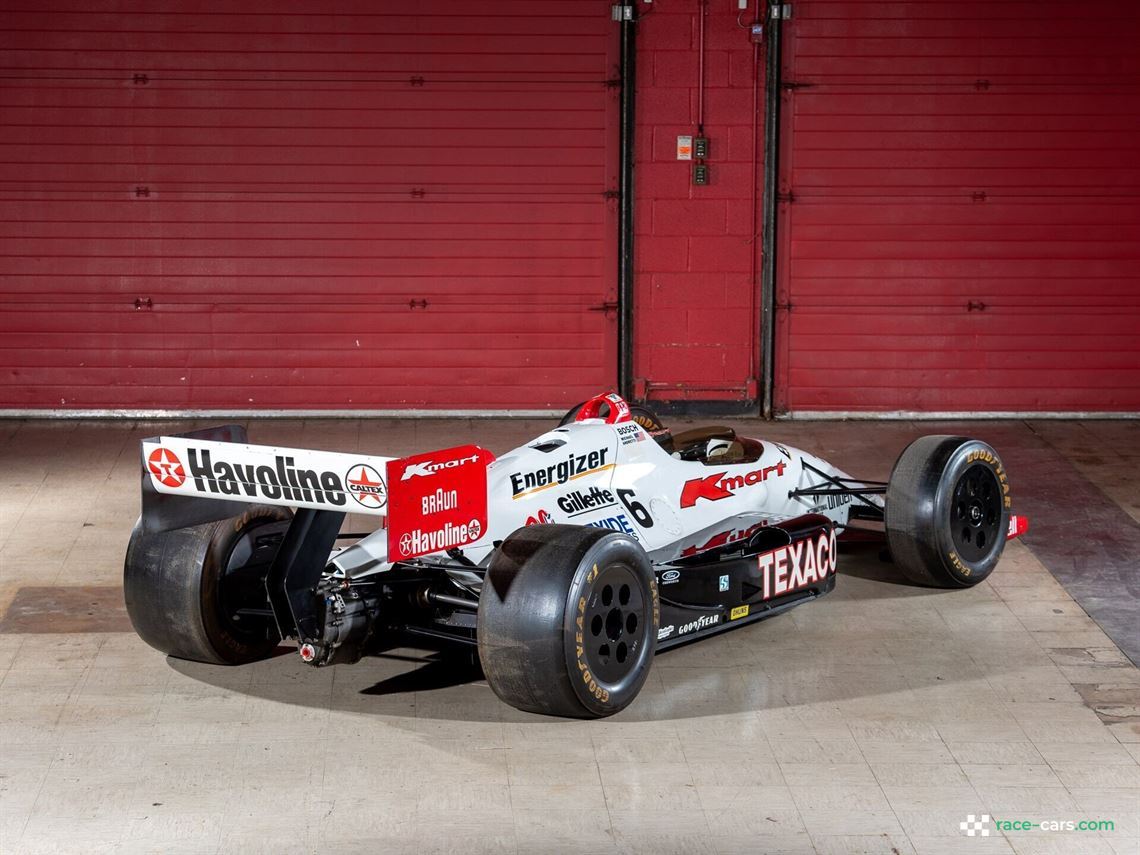 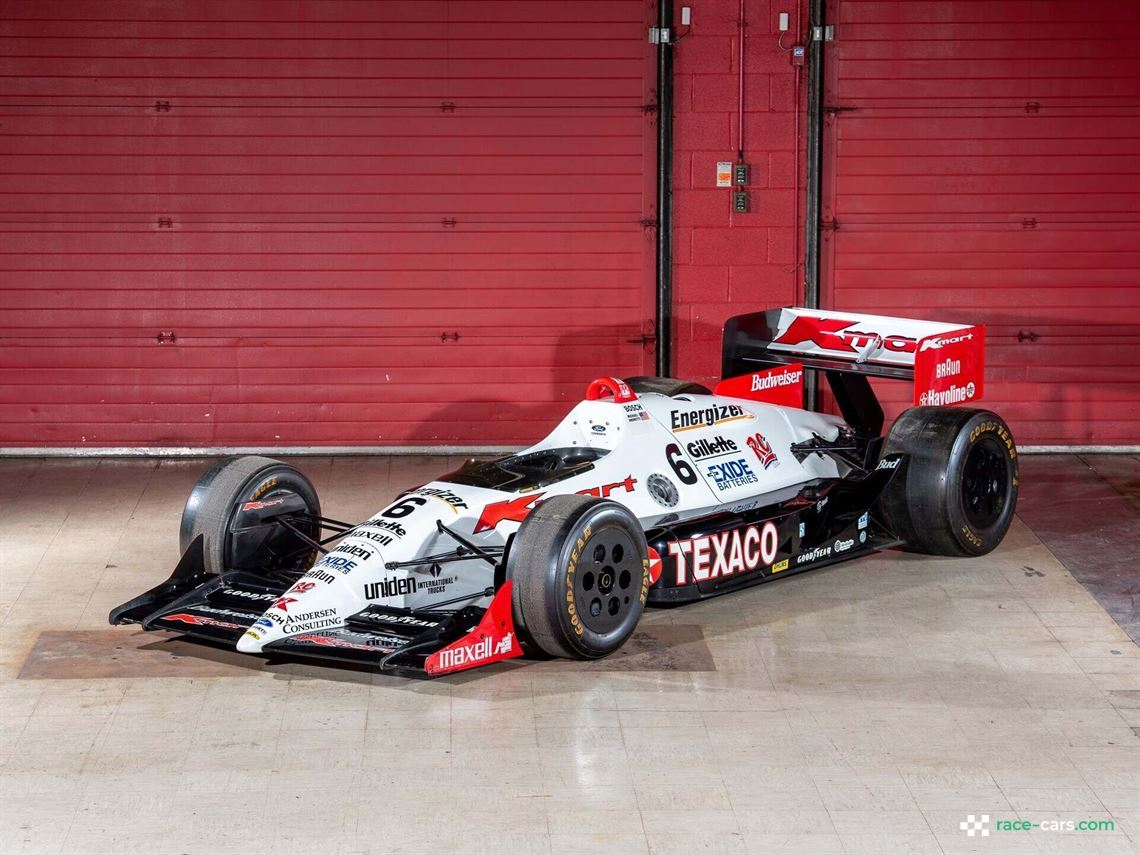 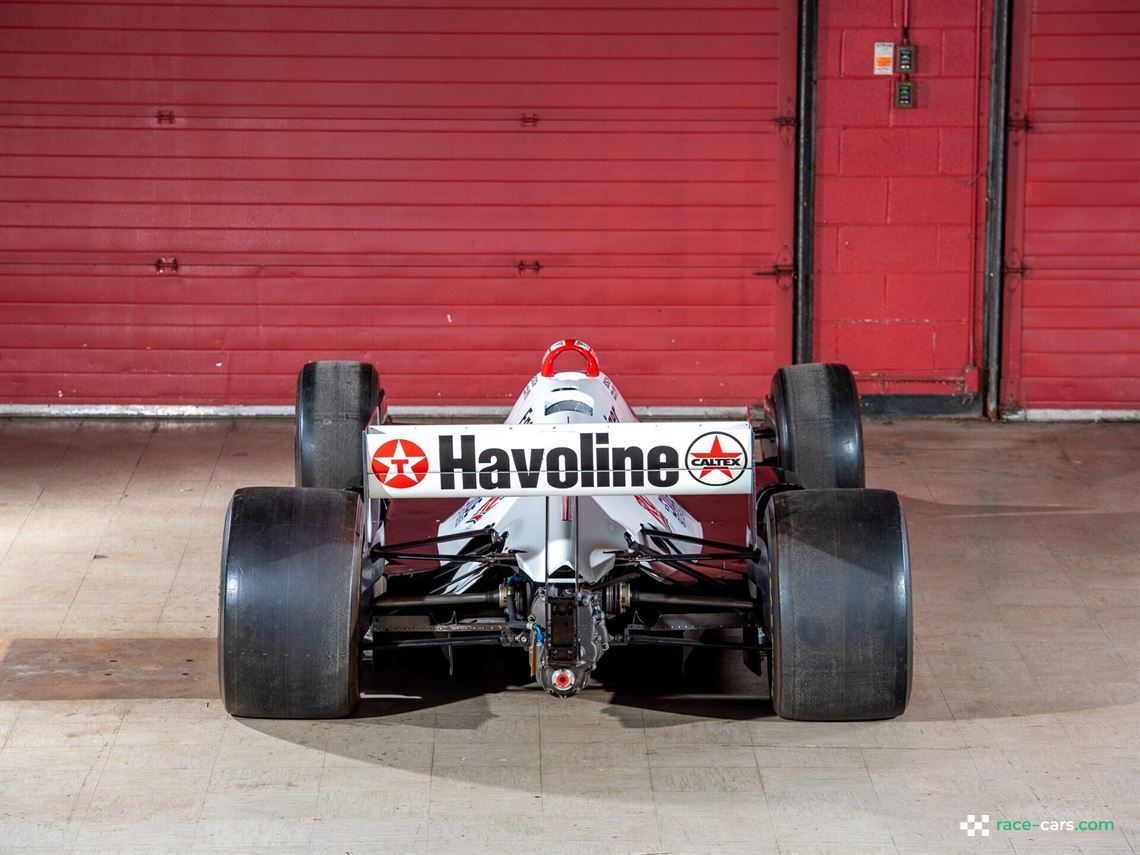 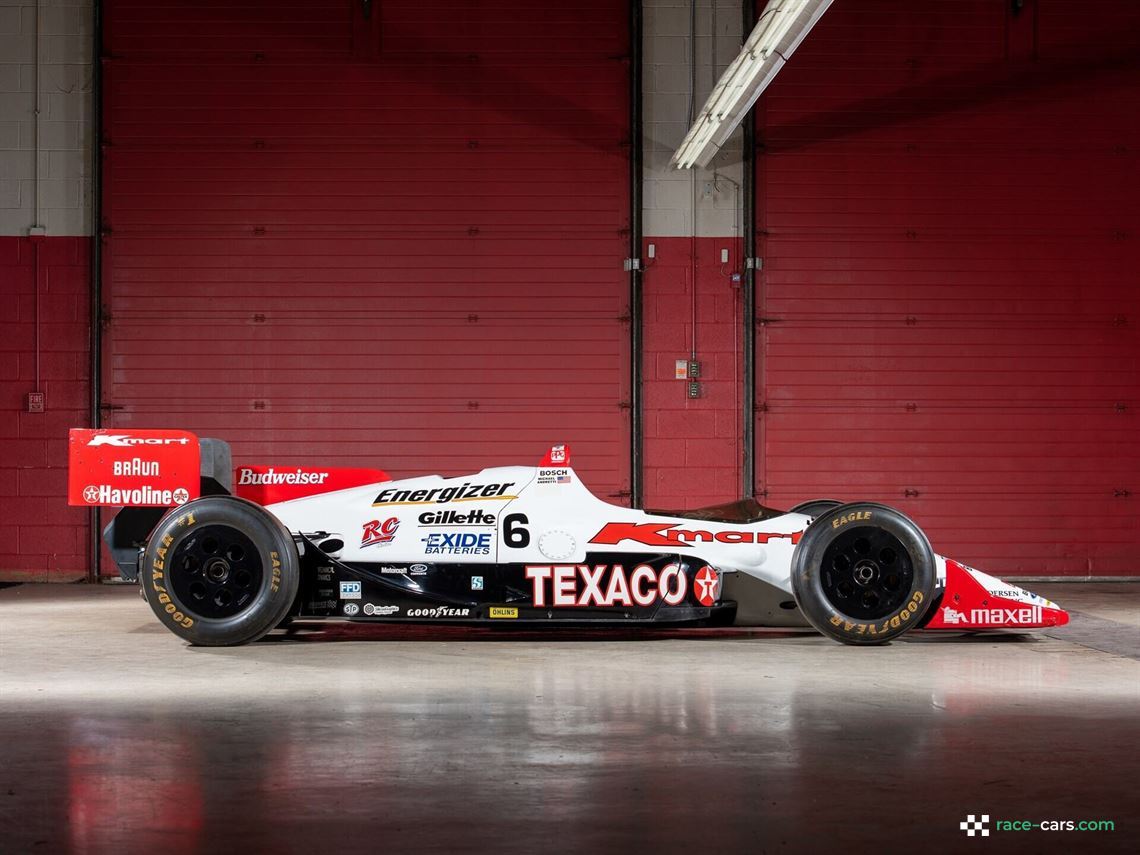 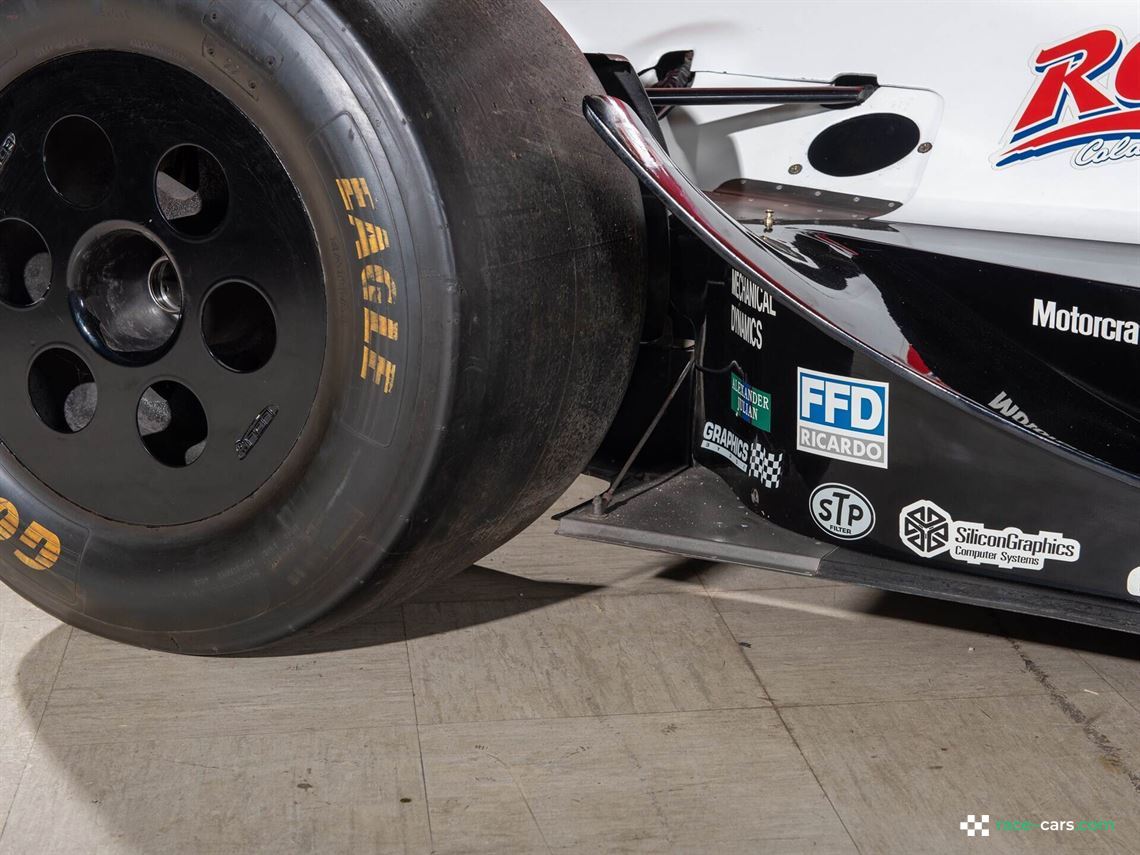 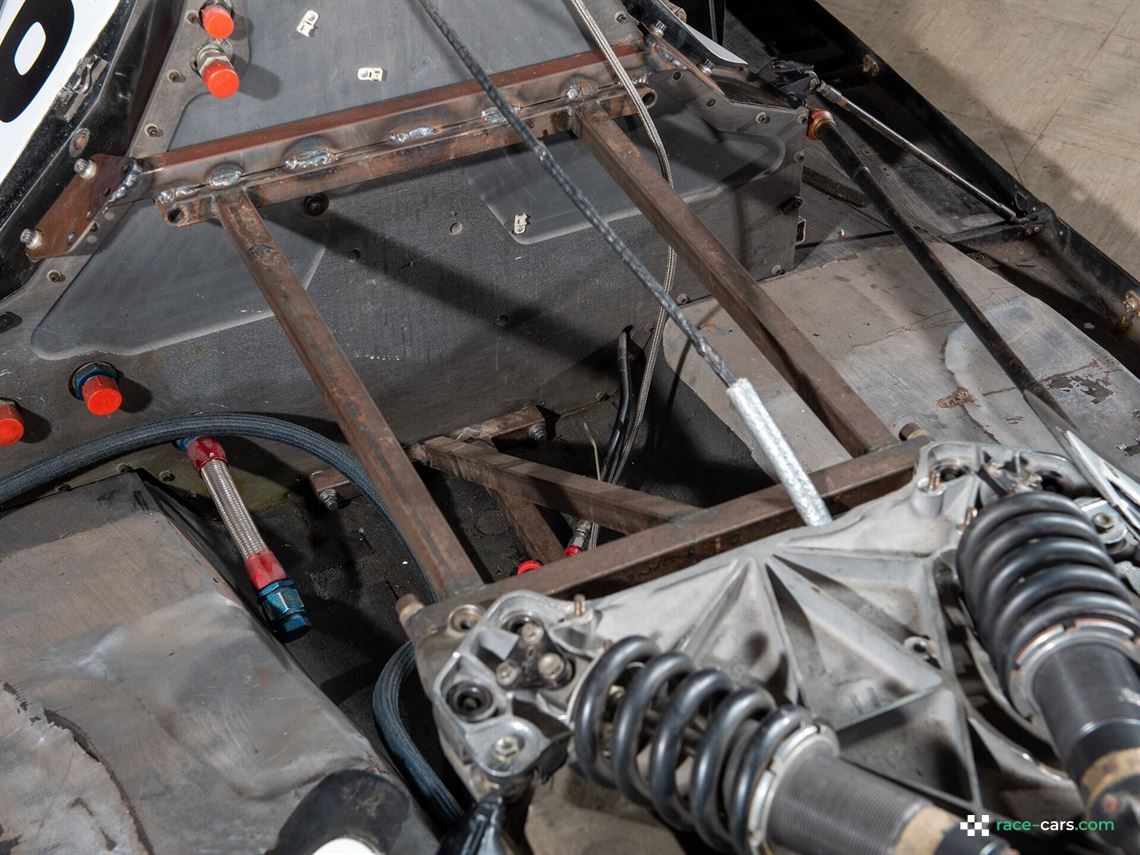 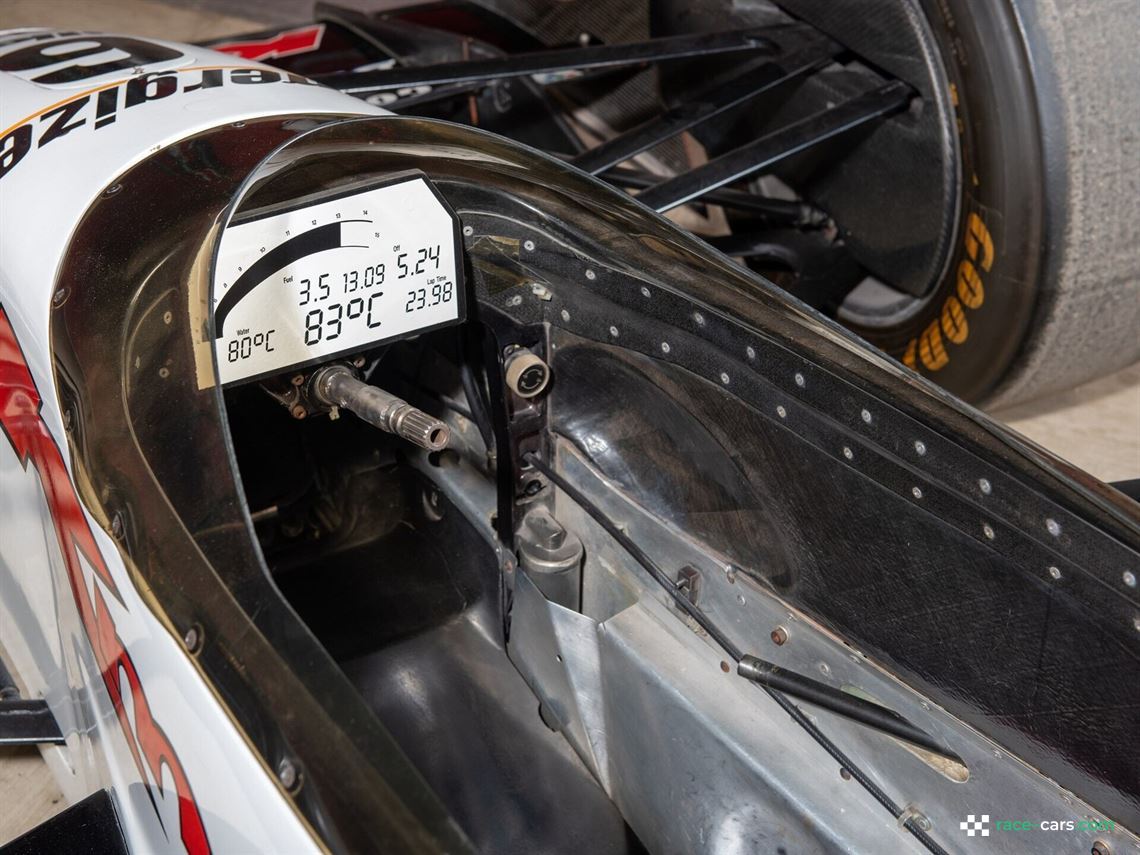 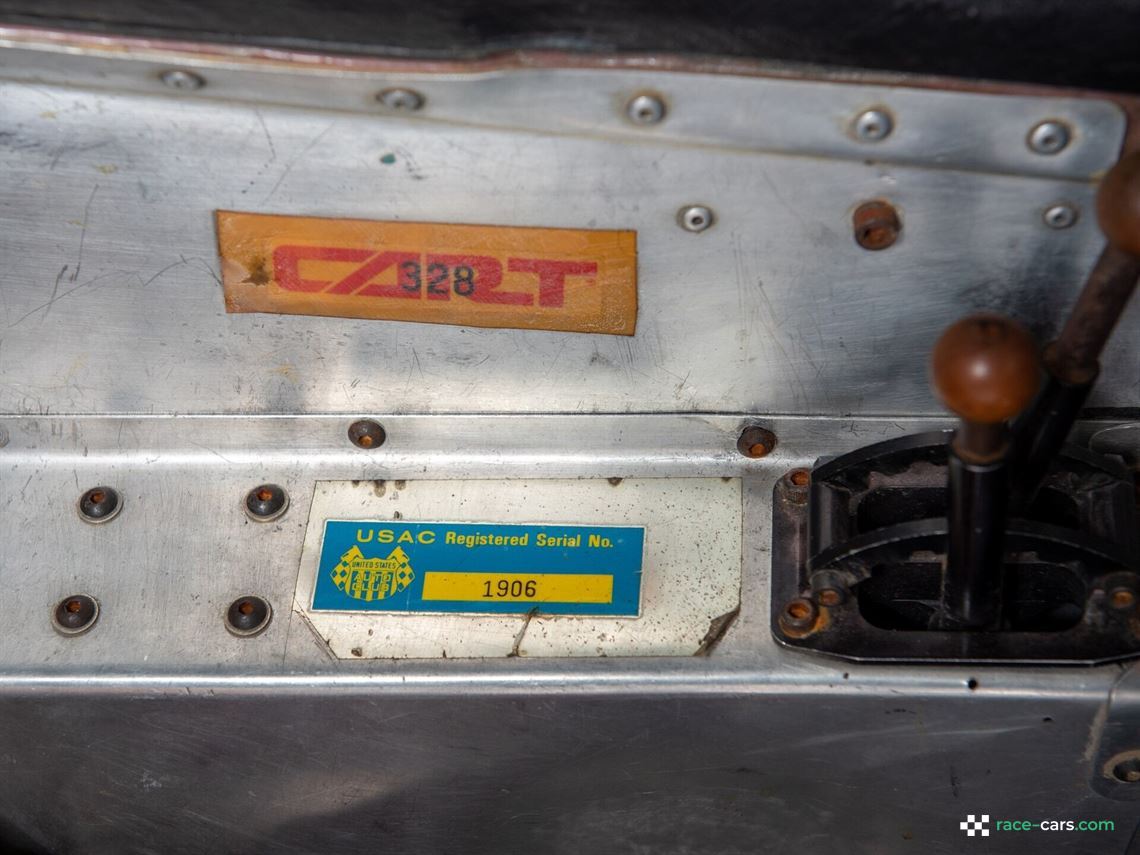 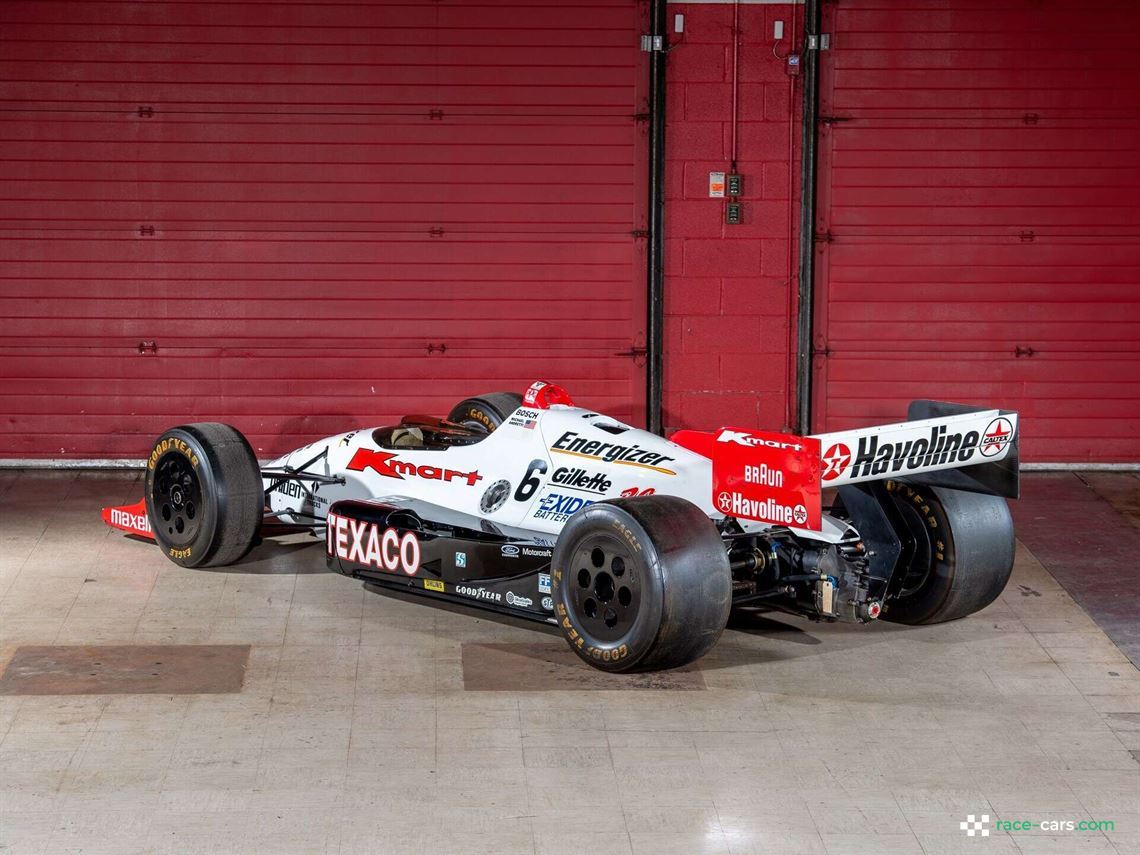 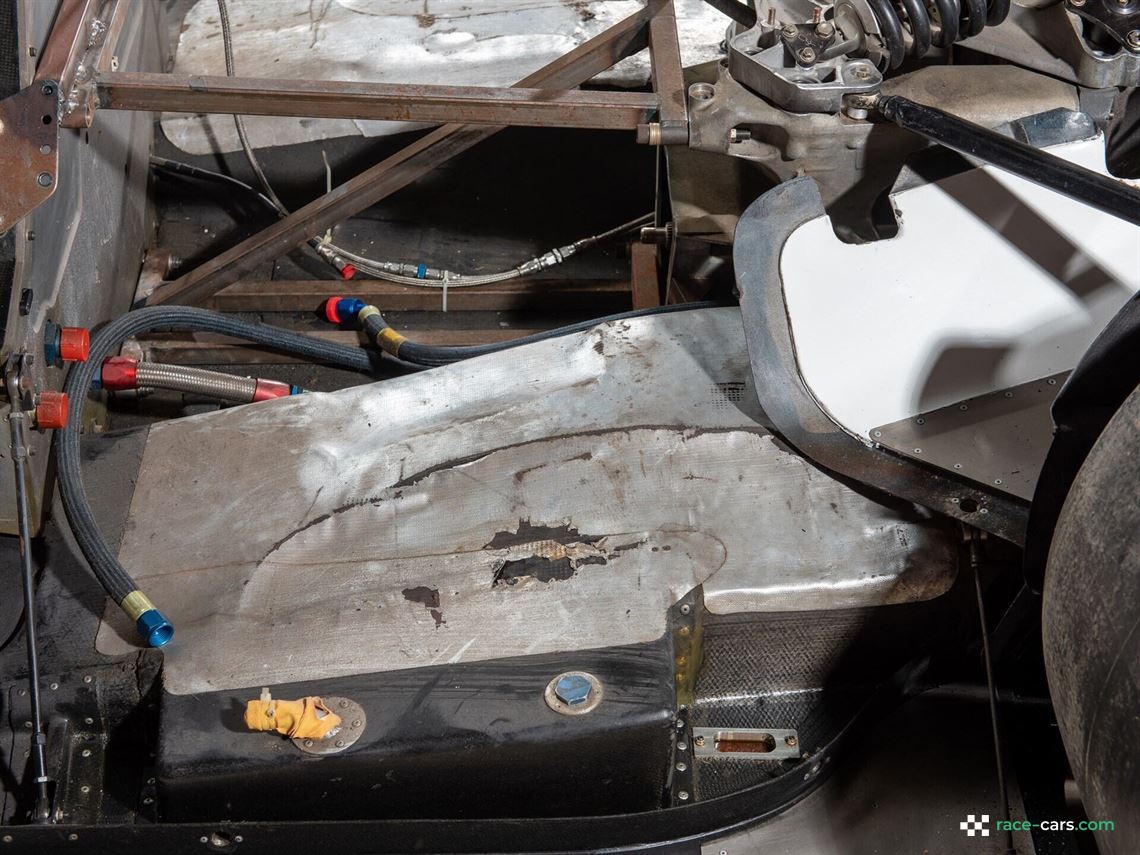 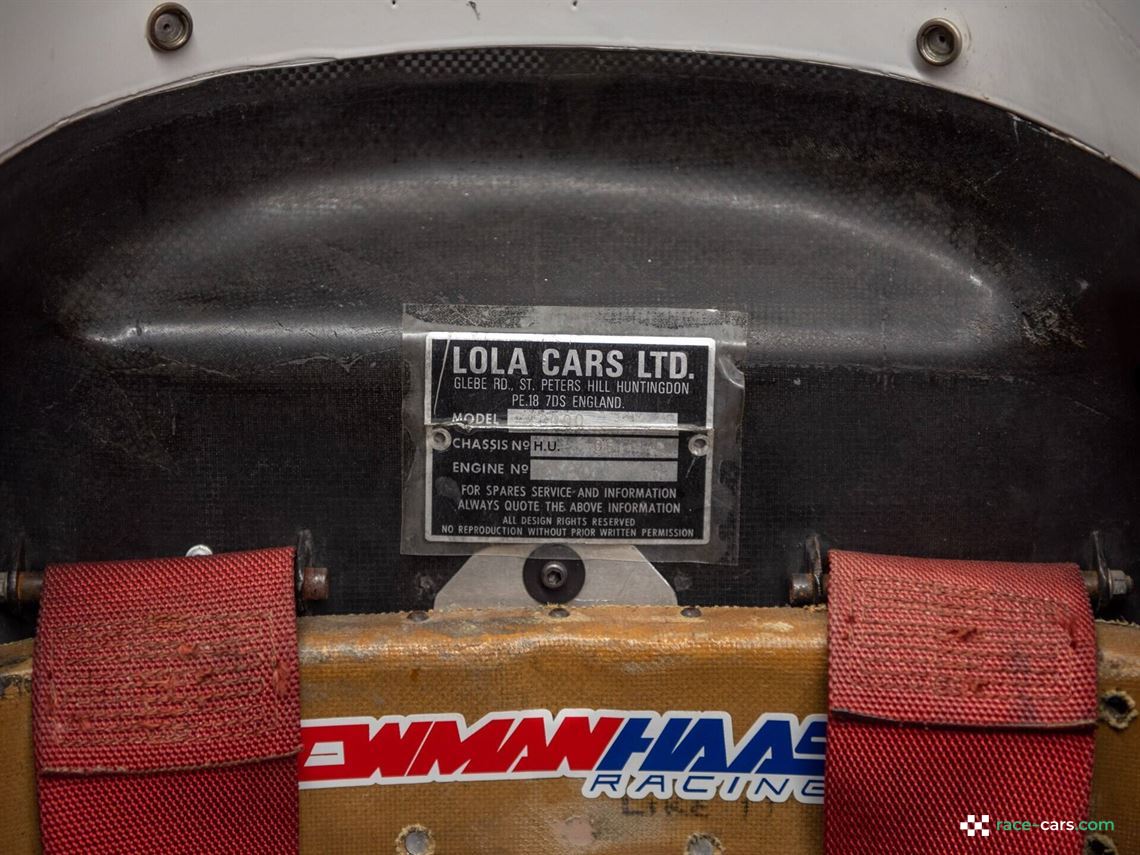 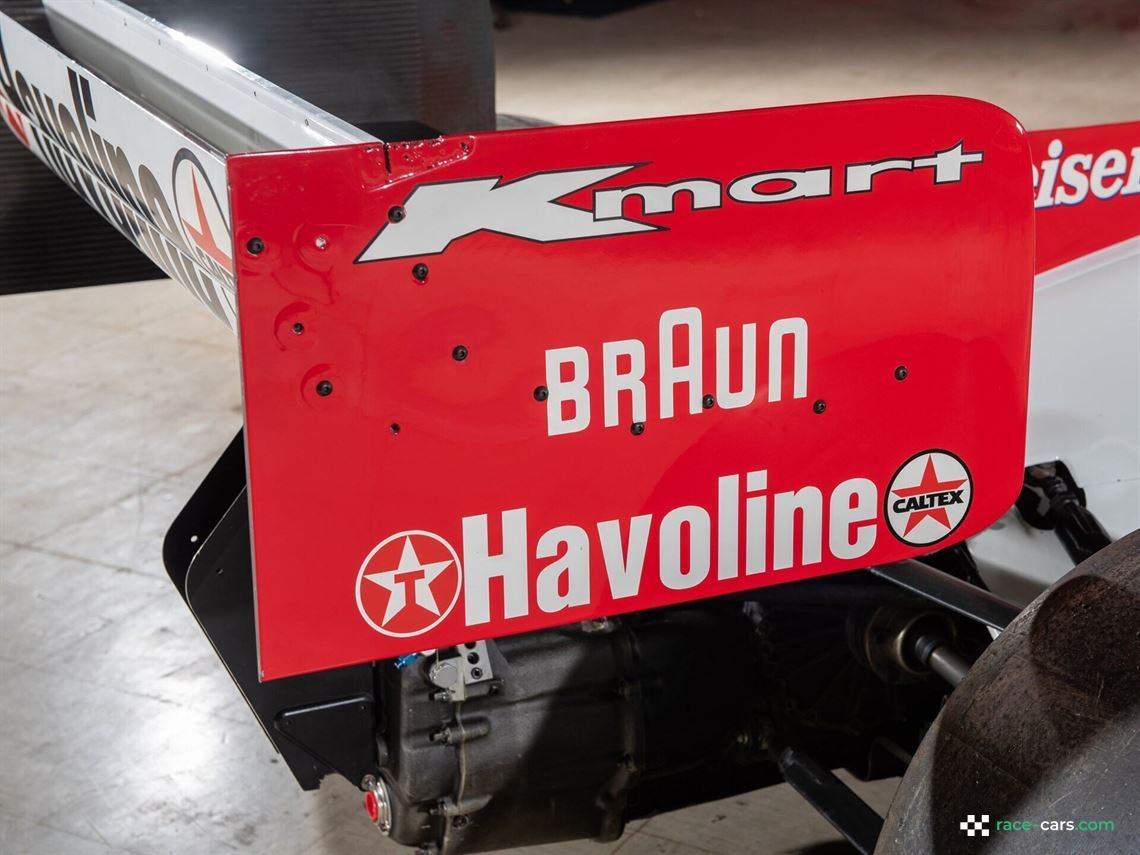 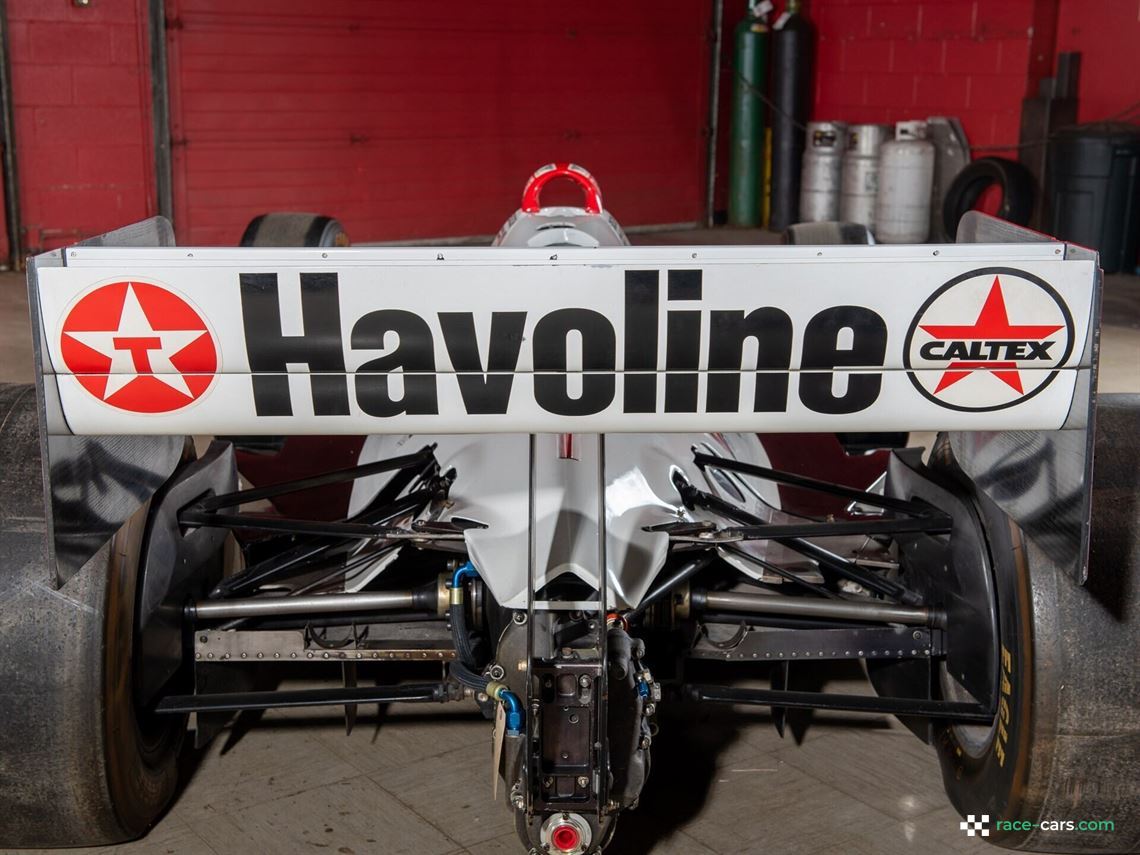 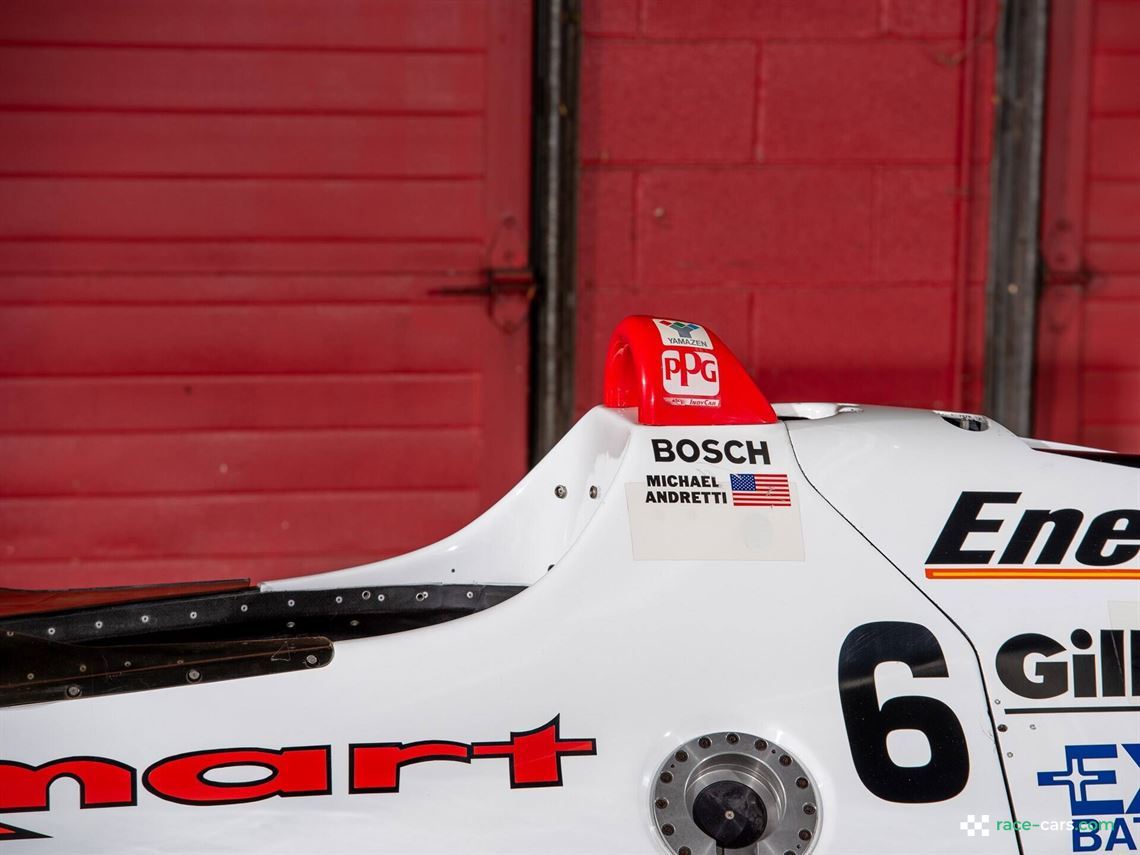 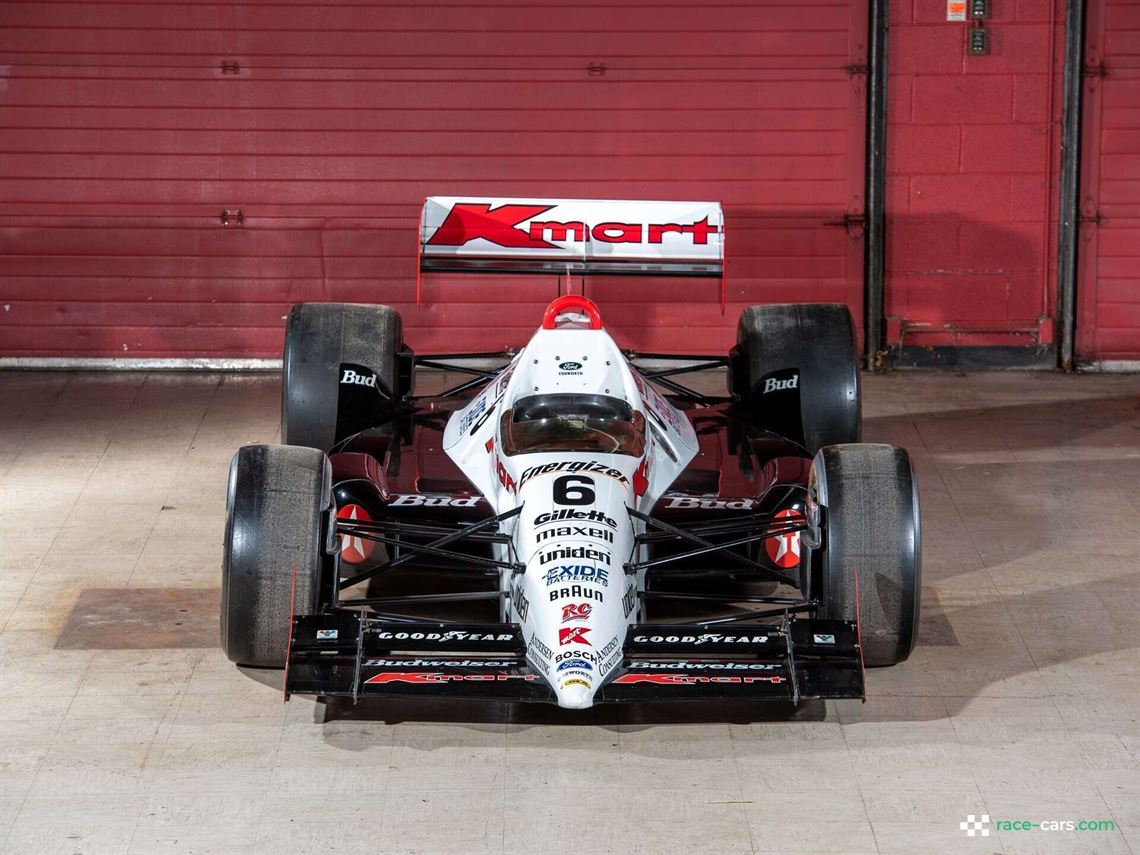 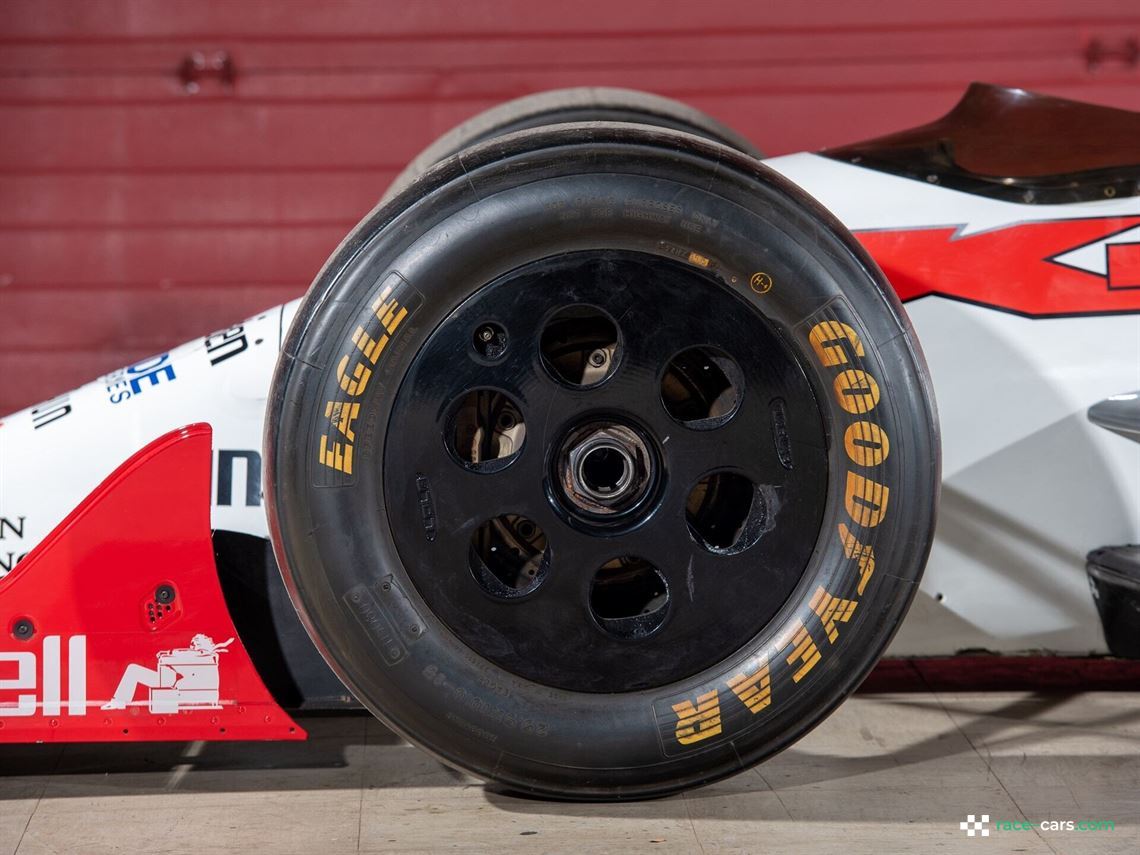 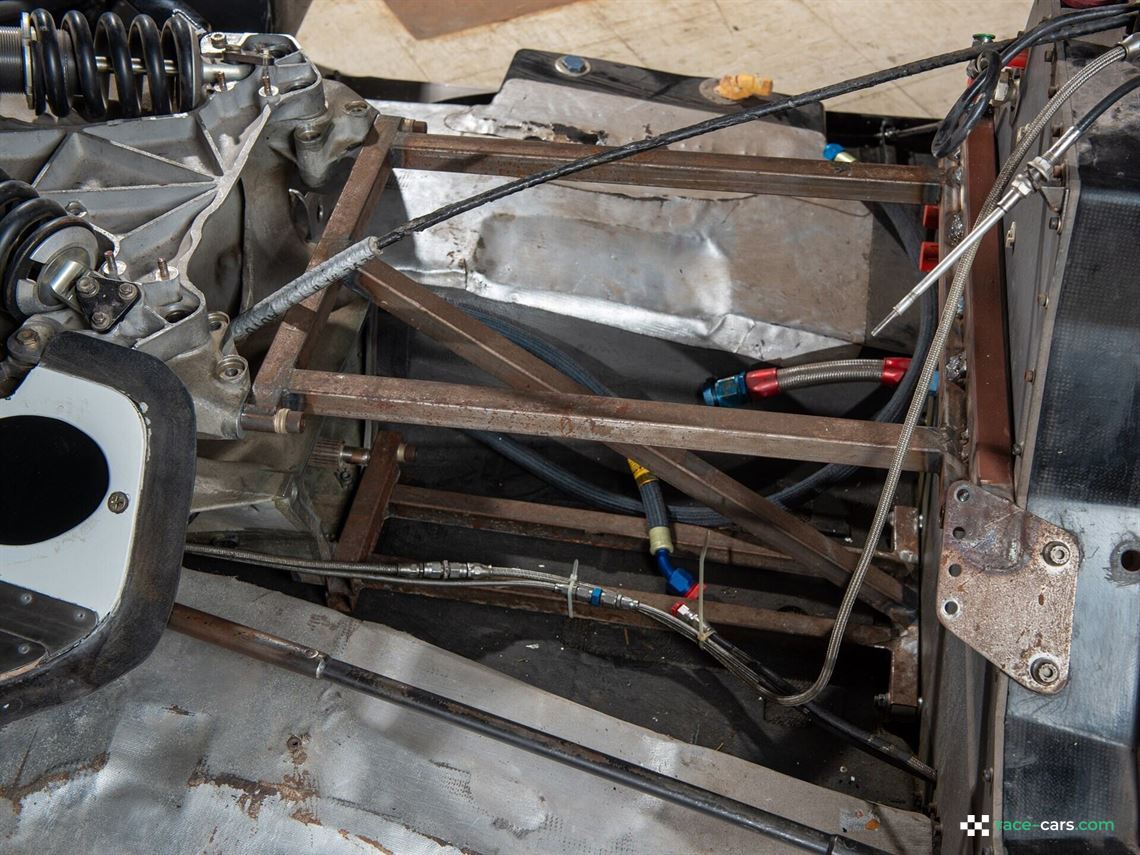 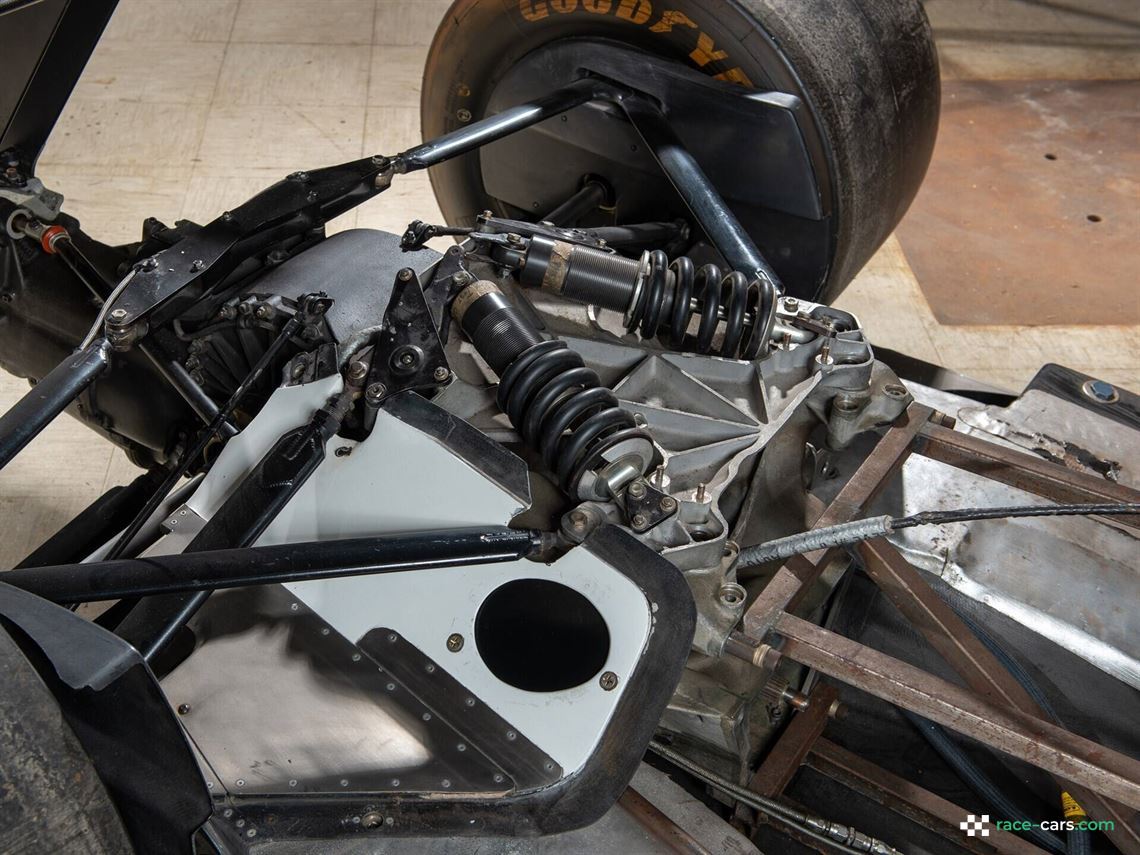 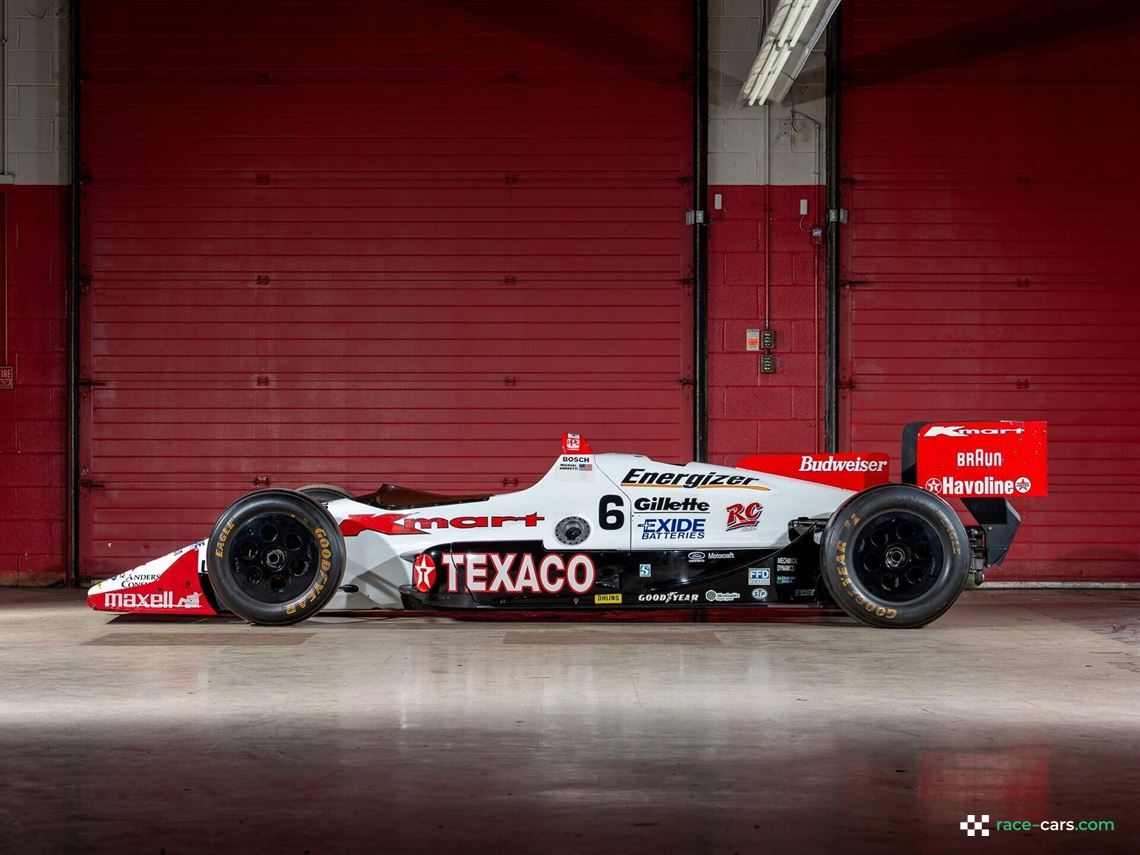 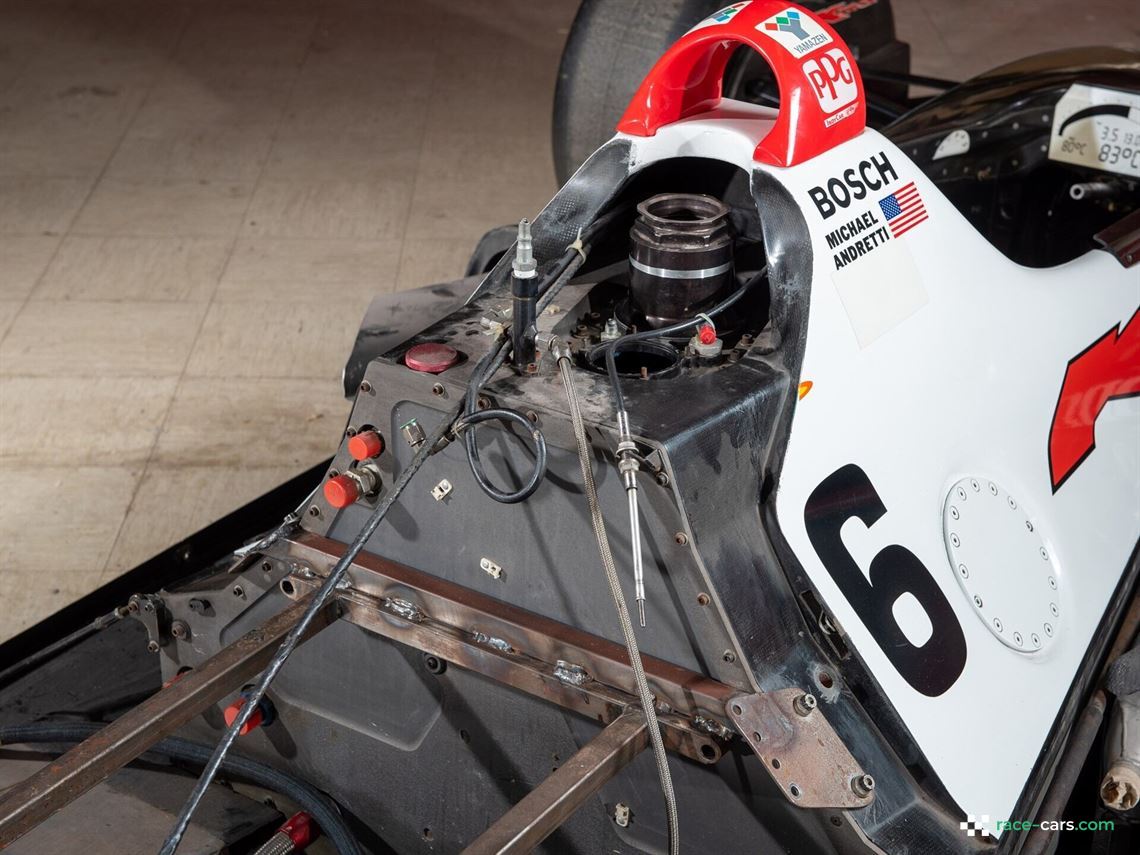 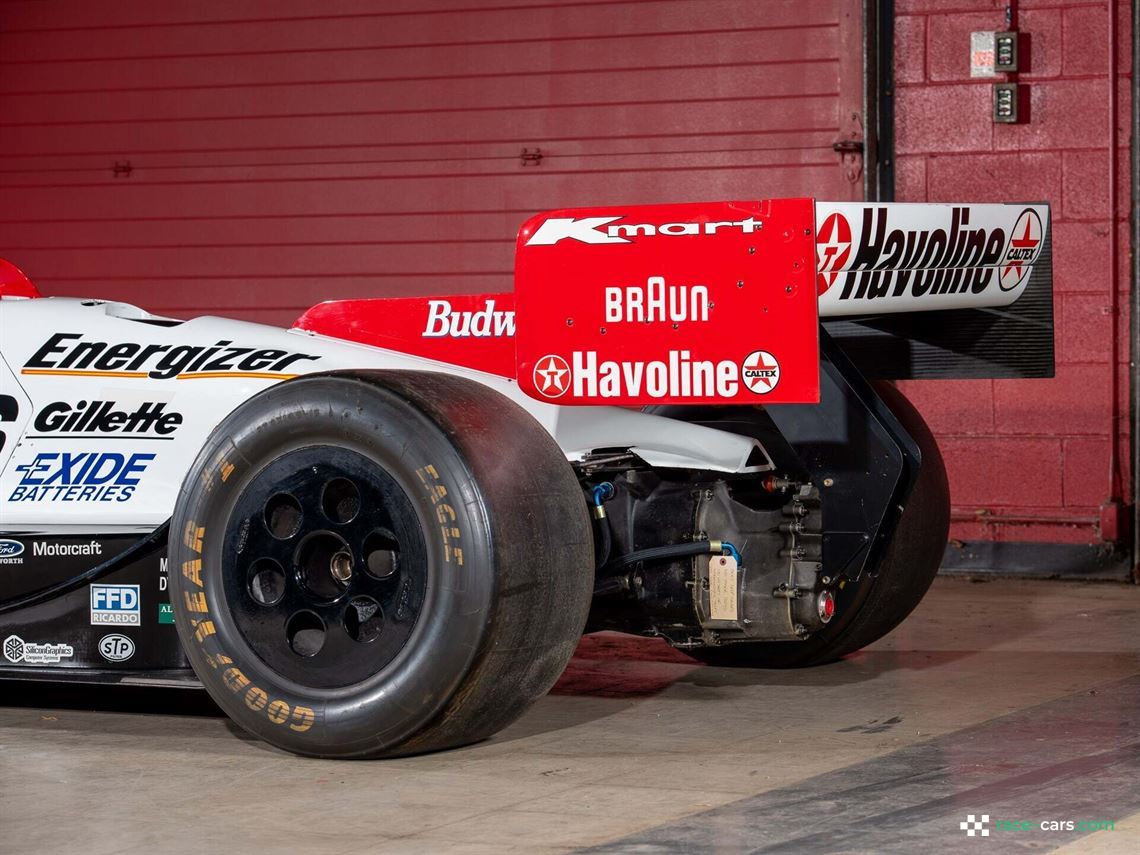 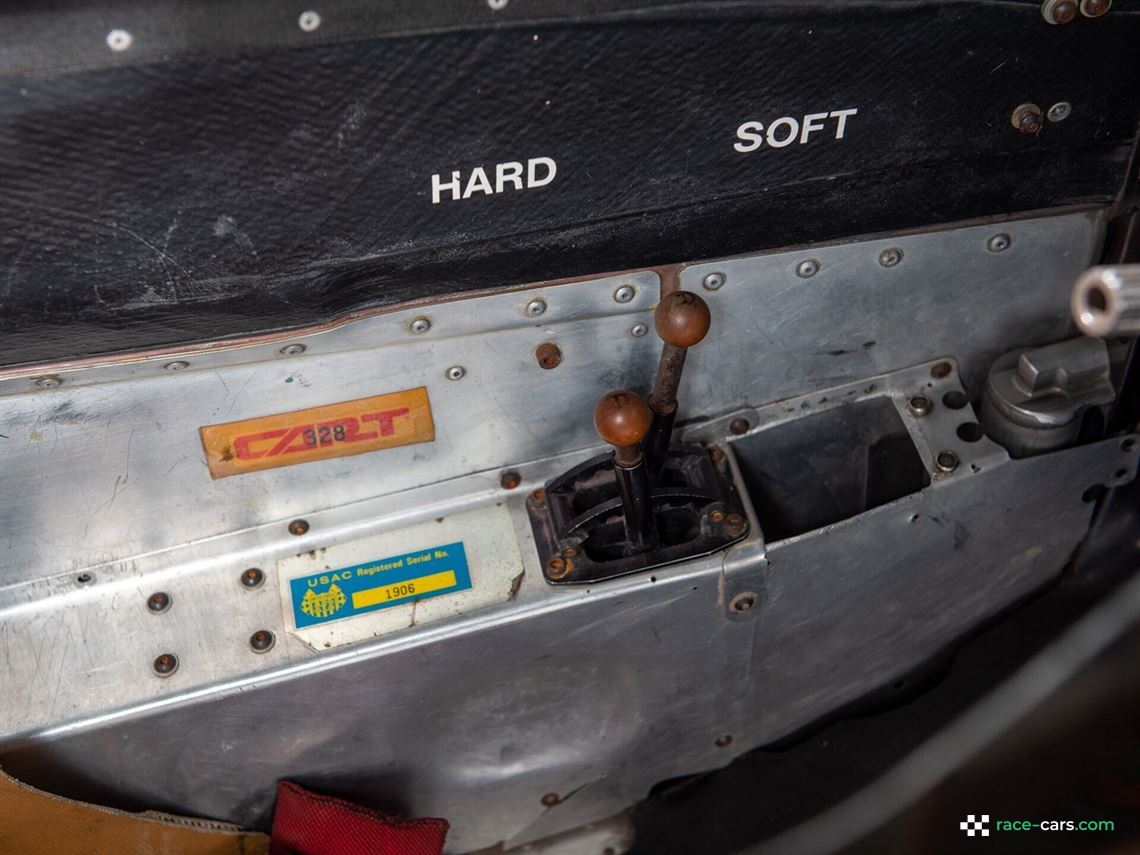 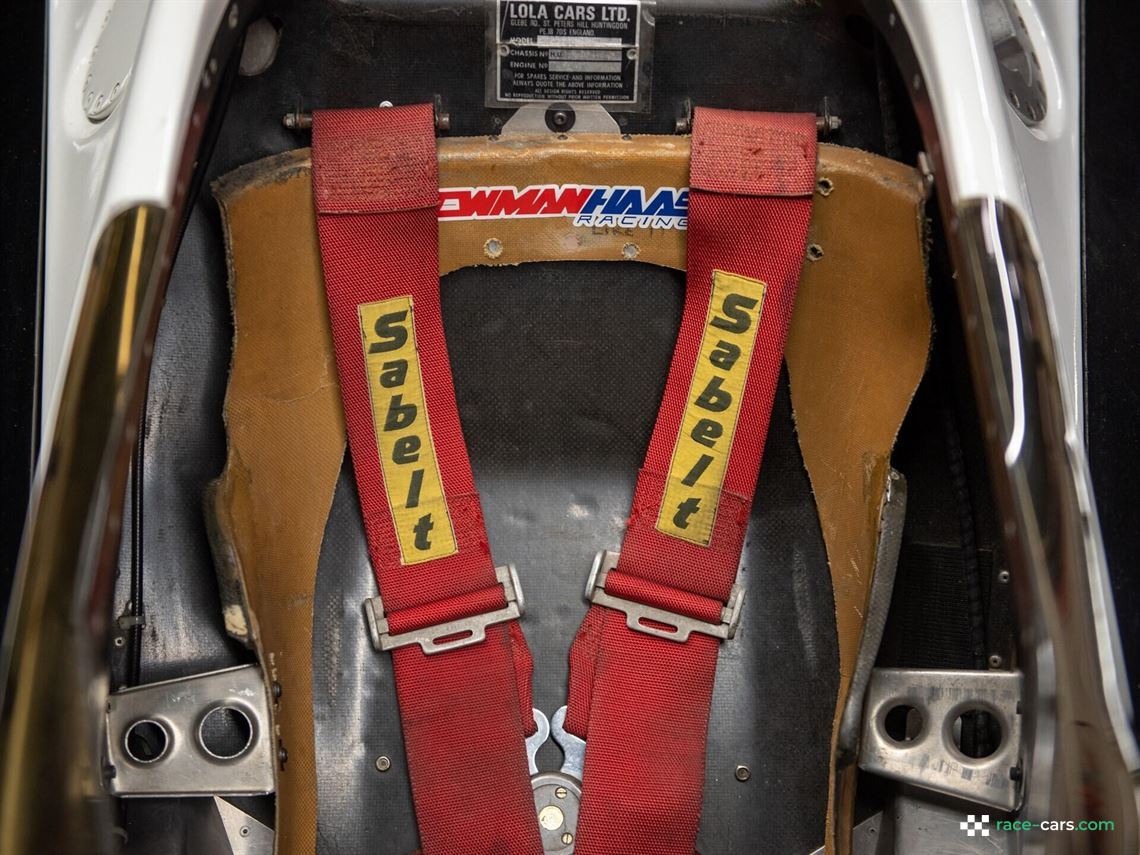 The Lola T90/00 is composed of a honeycomb composite monocoque with a carbon fiber upper section—allowing for a profiled aerodynamic surface—and an aluminum-skinned lower section. The two major components are bonded together to provide the ideal combination of fatigue resistance, strength, and plasticity in the event of a collision. Double-wishbone suspension is connected to inboard springs on all four corners.

To meet the demands of the various disciplines, a high-downforce specification was available for short ovals, road courses, or street circuits; for the superspeedways, alternative suspension geometry extended the wheelbase, while low-drag wings worked to slice through the air. The tried-and-tested Ilmor-Chevrolet 2.65-liter V-8 served as the heart of the Newman/Haas cars during the 1990 season. Featuring a turbocharger and 32 valves, this engine is reported to have produced well over 700 horsepower.

The racecar on offer, Lola-Chevrolet T90/00 chassis number 6, holds the distinction of running races with both Mario and Michael Andretti throughout the 1990 CART PPG Indy Car World Series. Beginning with the Autoworks 200 at Phoenix International Raceway, Mario qualified on the outside of row three and eventually brought the car home in 4th. The veteran would get behind the wheel of the car again at the Toyota Grand Prix of Long Beach in California. Another third-row start, this time alongside his son, netted a 5th-place finish.

Over the course of the month of May, the car was driven by Michael Andretti. Building up to the 74th running of the Indianapolis 500, chassis number 6 participated in Fast Friday and the second pole day. On race day, Michael finished in 5th place after starting back in 13th position.

The cars of the CART PPG Indy Car World Series tread carefully over rain-soaked asphalt at the Mid-Ohio Sports Car course for the Red Roof Inns 200. Michael Andretti qualified on the pole, but the tricky conditions made this position only tentatively secured. Several caution periods directly after the green flag waved prevented the competition from gaining momentum—and once the cars ran uninterrupted, chaos ensued.

The Newman/Haas team comfortably maintained the lead with both cars out in front, but even Mario’s experience was not enough to prevent an off-track expedition. With his father now dropped back to 4th, Michael built up a 14-second lead. Then, both Newman/Haas cars pitted, and Michael remained on wet tires. Mario fitted slicks and took 2nd place from Al Unser Jr. on track. It became clear the lead would be lost without dry tires, and Michael returned to the pits once again. With puddles still on the racing surface, danger lurked on every corner. Mario pulled up on Michael, who then spun off the track at the keyhole. Falling behind Eddie Cheever, another on-track battle ensued.

A final downpour arrived, necessitating a change back to full wets. After the caution fell once again, the field bunched up for a final dash to the finish. The Newman/Haas team restarted with the first two positions, spending the next several laps racing wheel-to-wheel. Michael eventually overtook his father and pulled away, securing the checkered flag; amongst a long and successful career, this victory ranks near the top. With mixed conditions, multiple pit stops, a spin, and countless overtakes, Michael’s performance behind the wheel is one for the history books.

The car was last utilized by Mario at the Marlboro Challenge, an invitational, non-points paying event. Today, the Lola bears a livery the Newman/Haas team ran in the 1995 season with Michael. Likely used as a marketing prop for sponsor events, the chassis lacks a motor and features a modified engine cover with the fin to match a later iteration of the Lola Indy Car. Yet with its exciting history, and counting two Andrettis as its pilots, it is a tantalizing prospect for a devoted collector of noteworthy open-wheel racers.