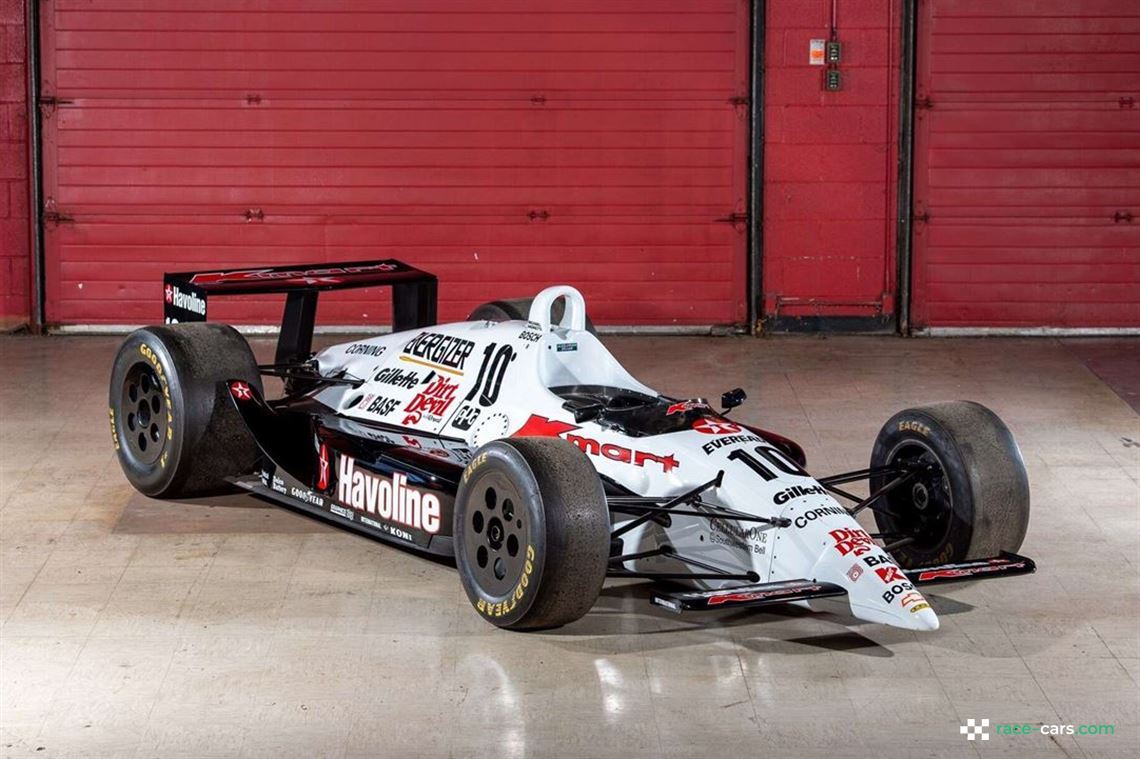 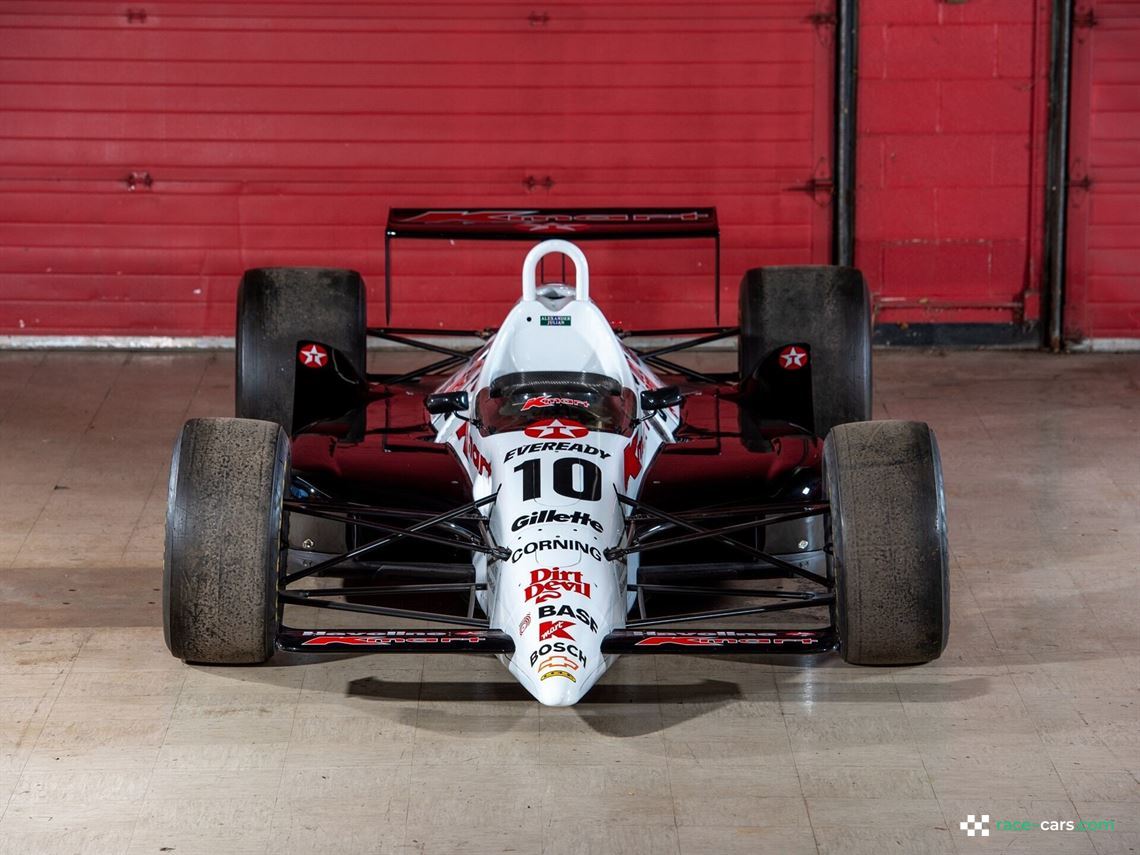 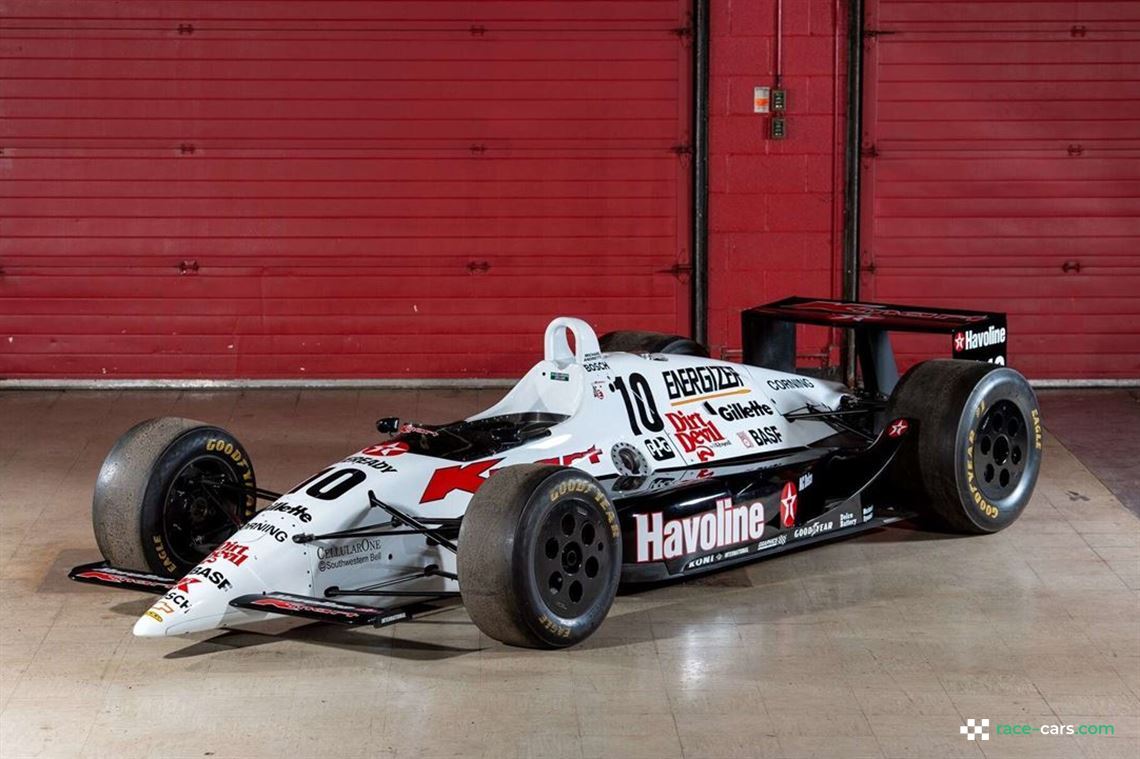 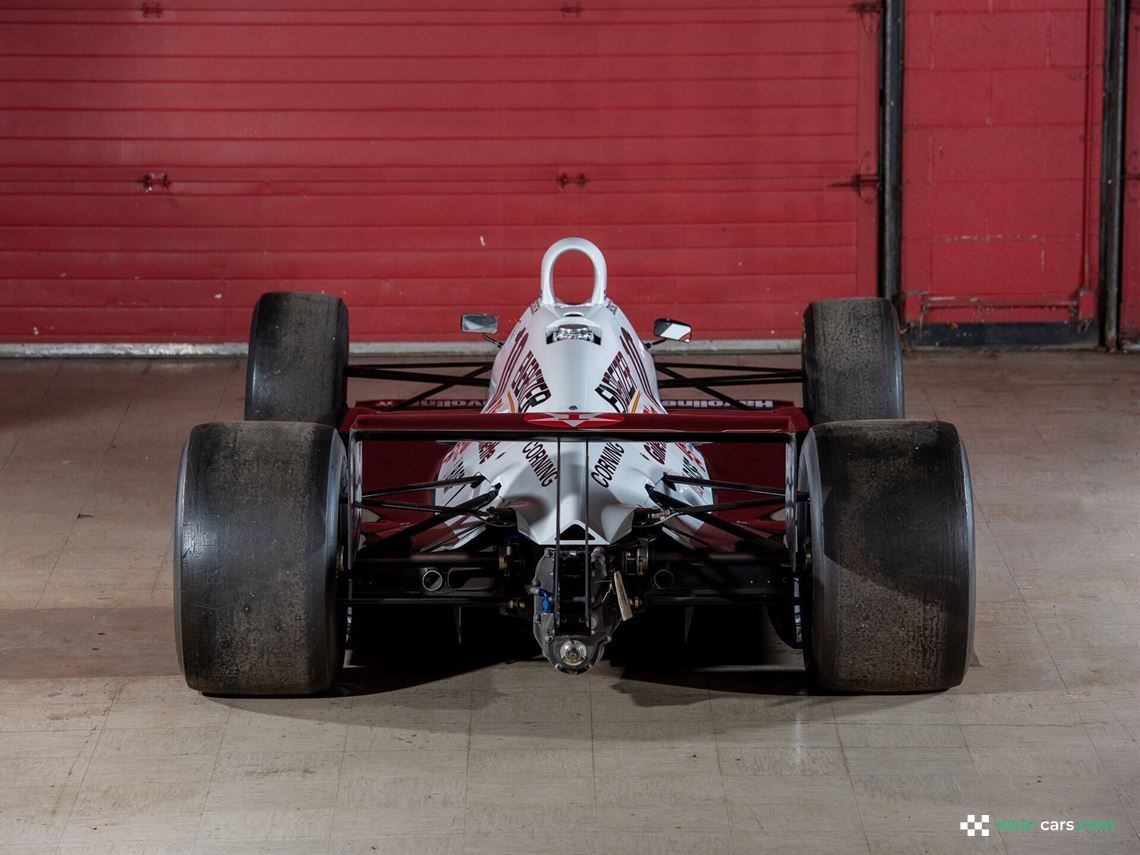 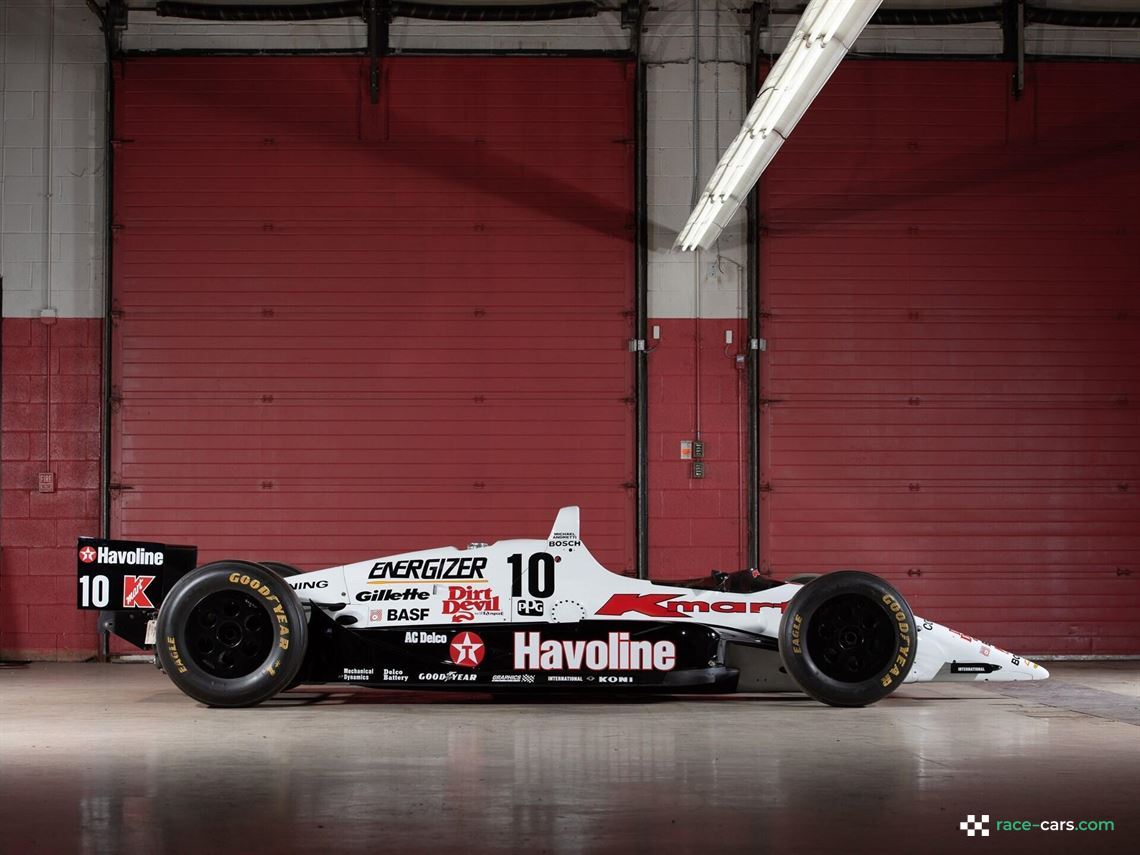 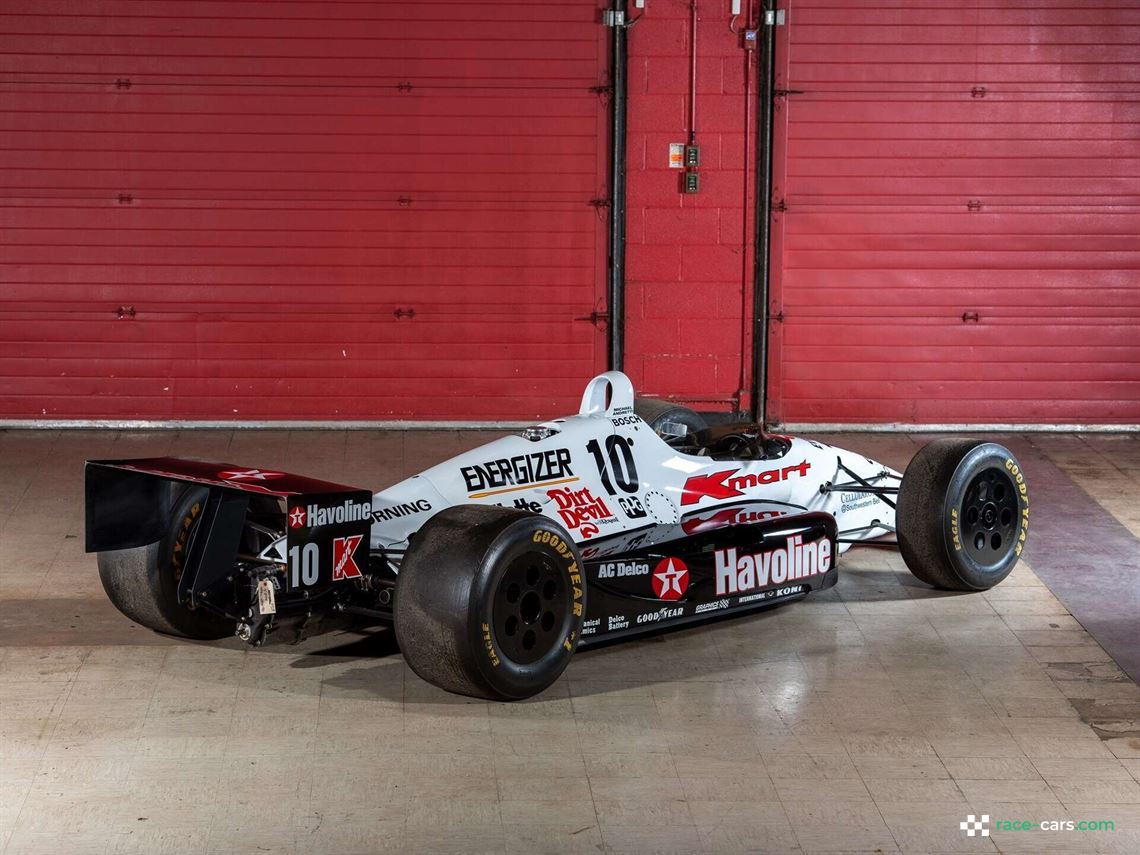 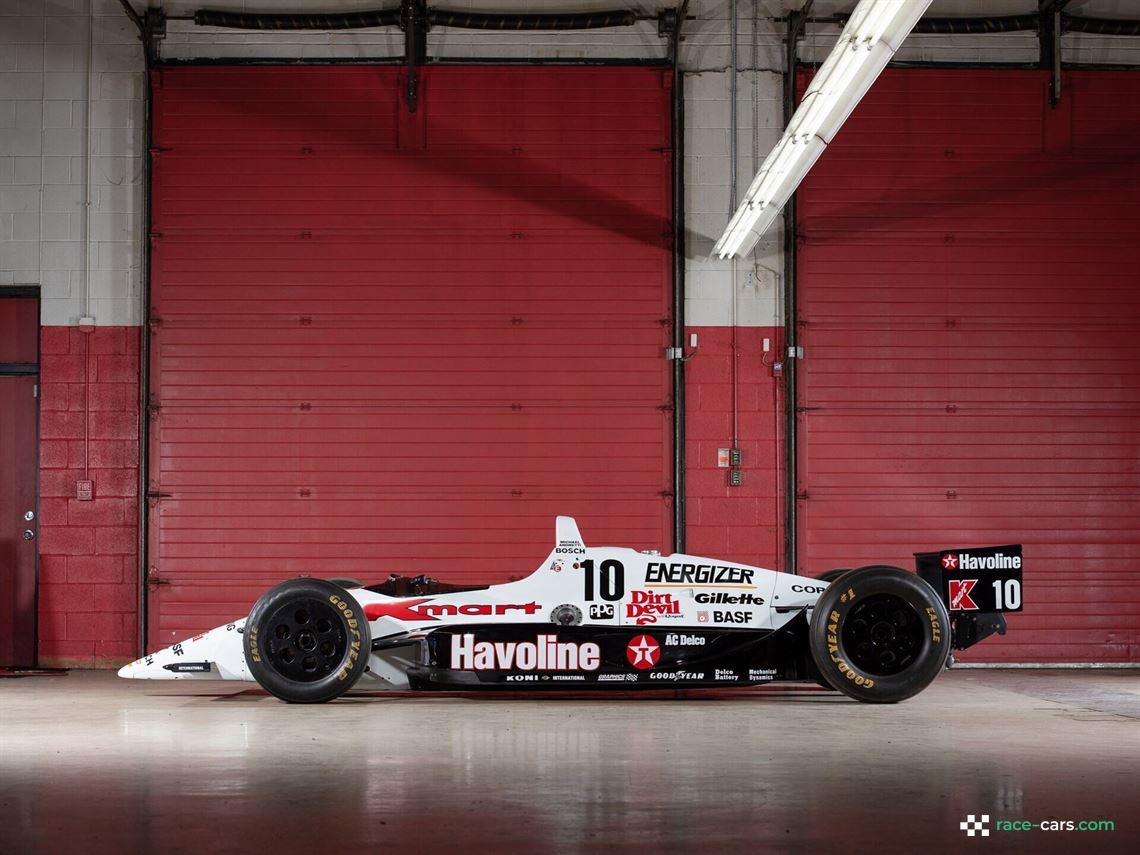 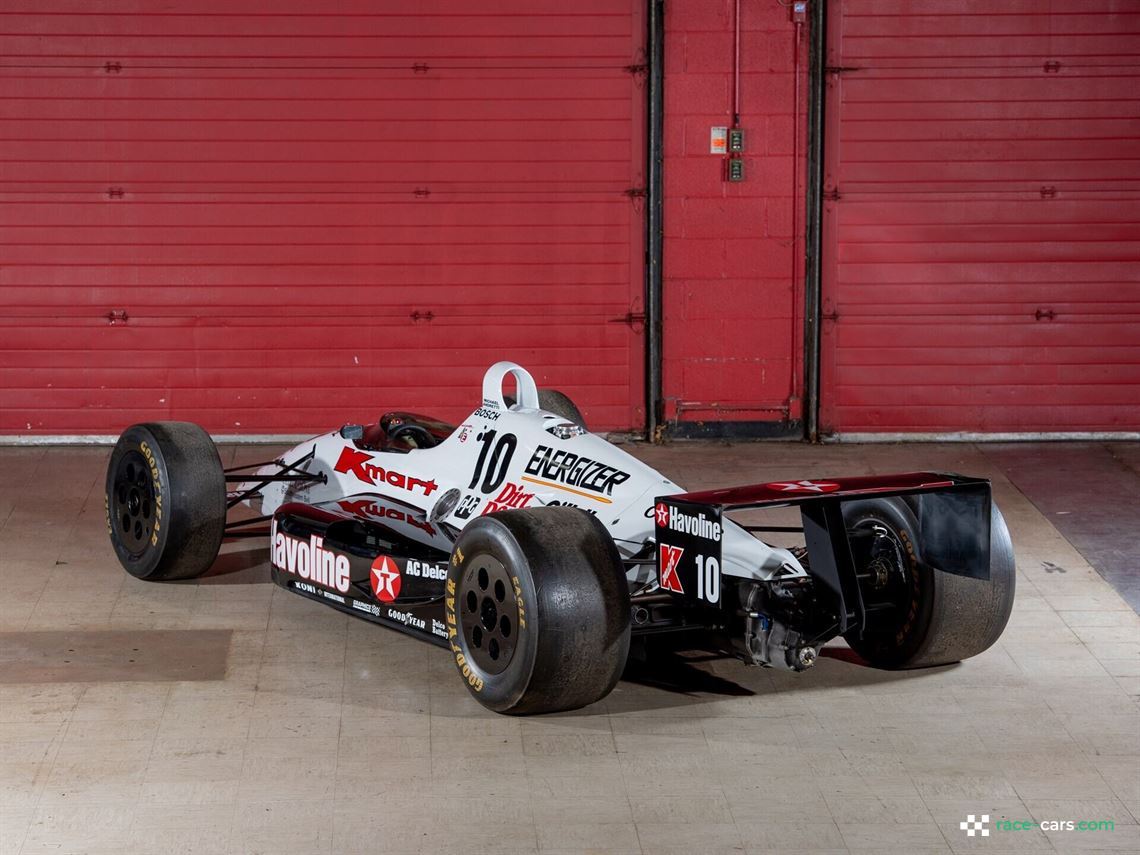 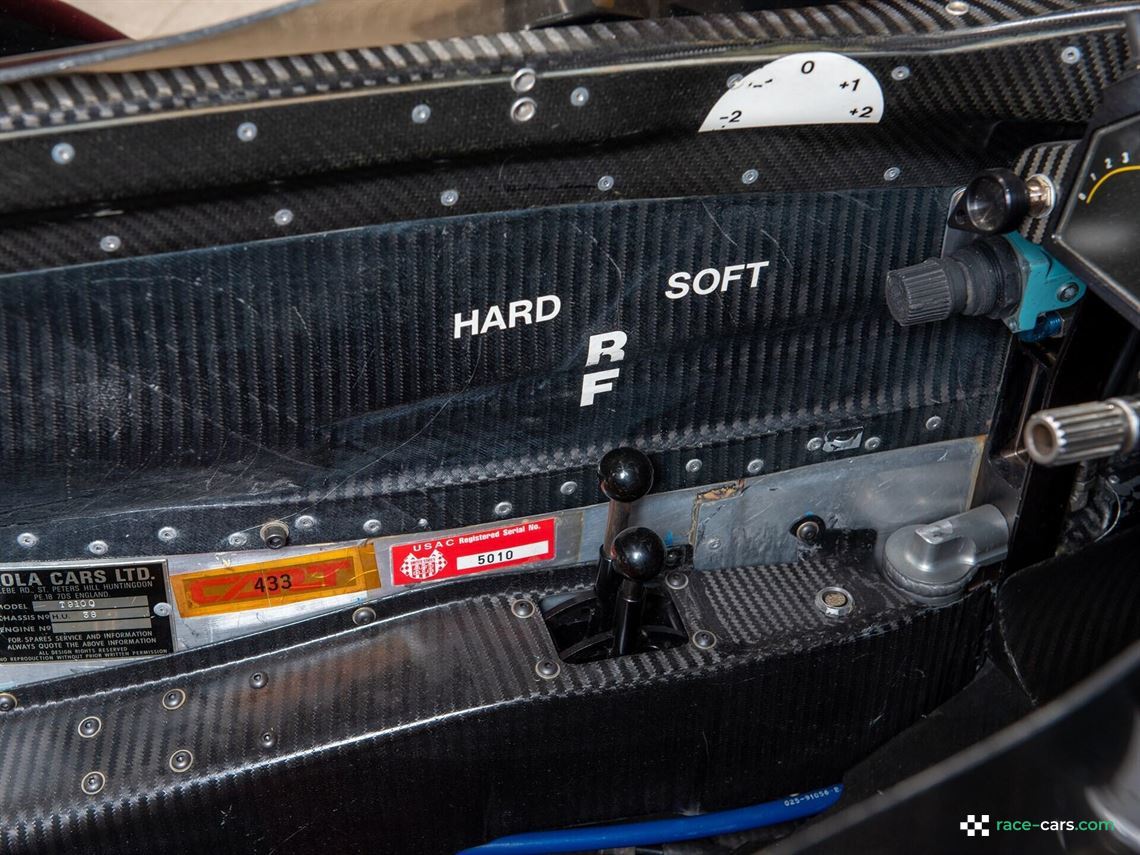 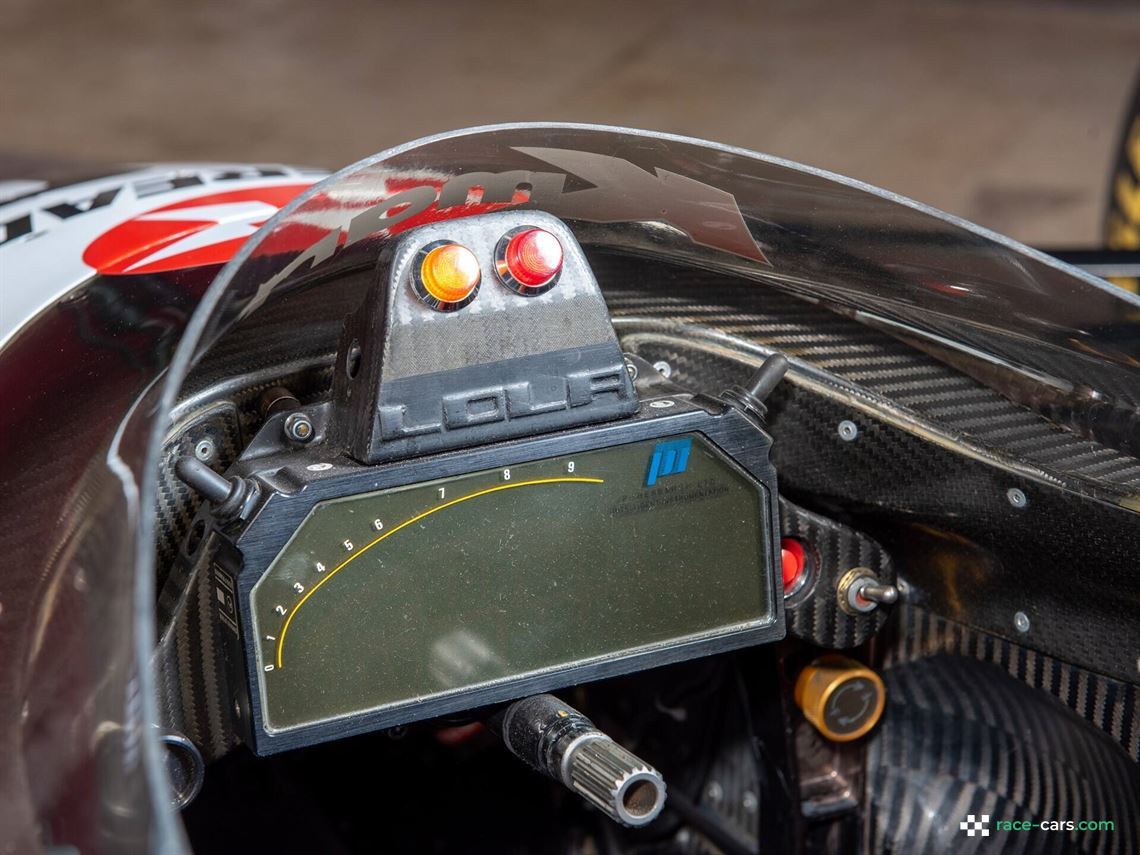 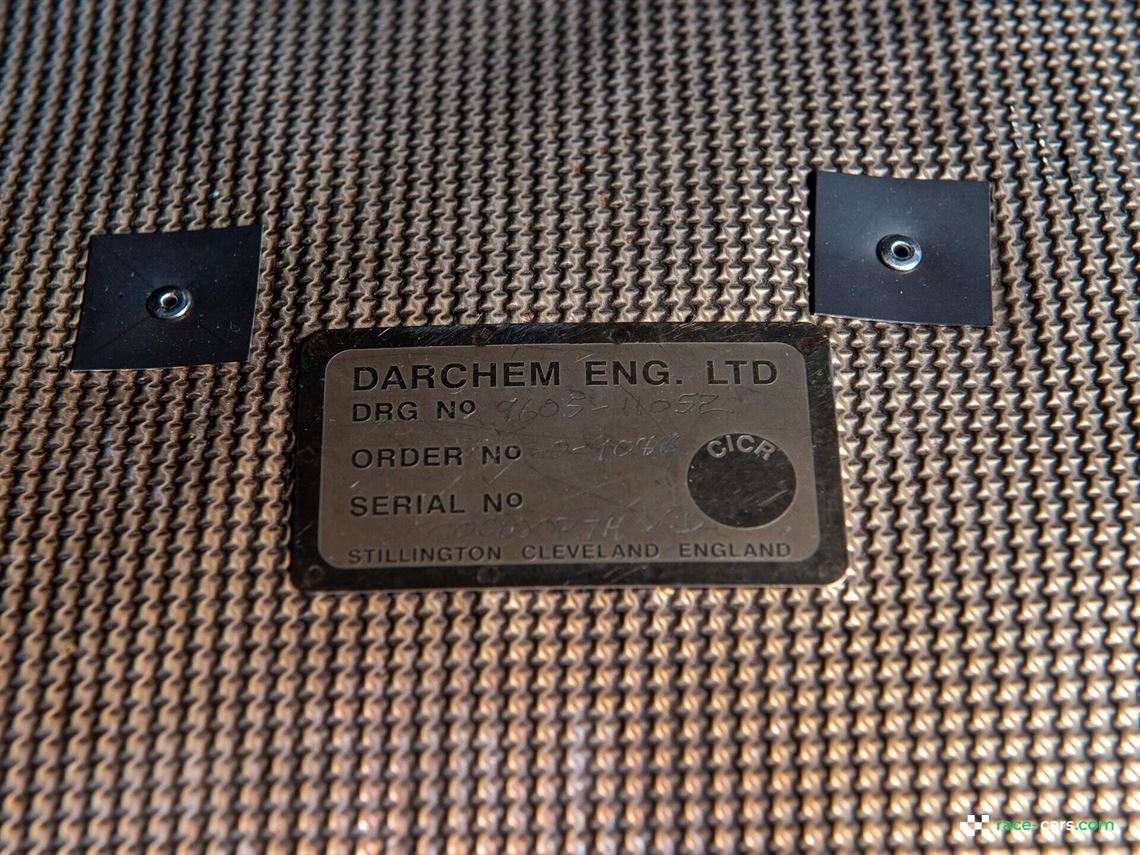 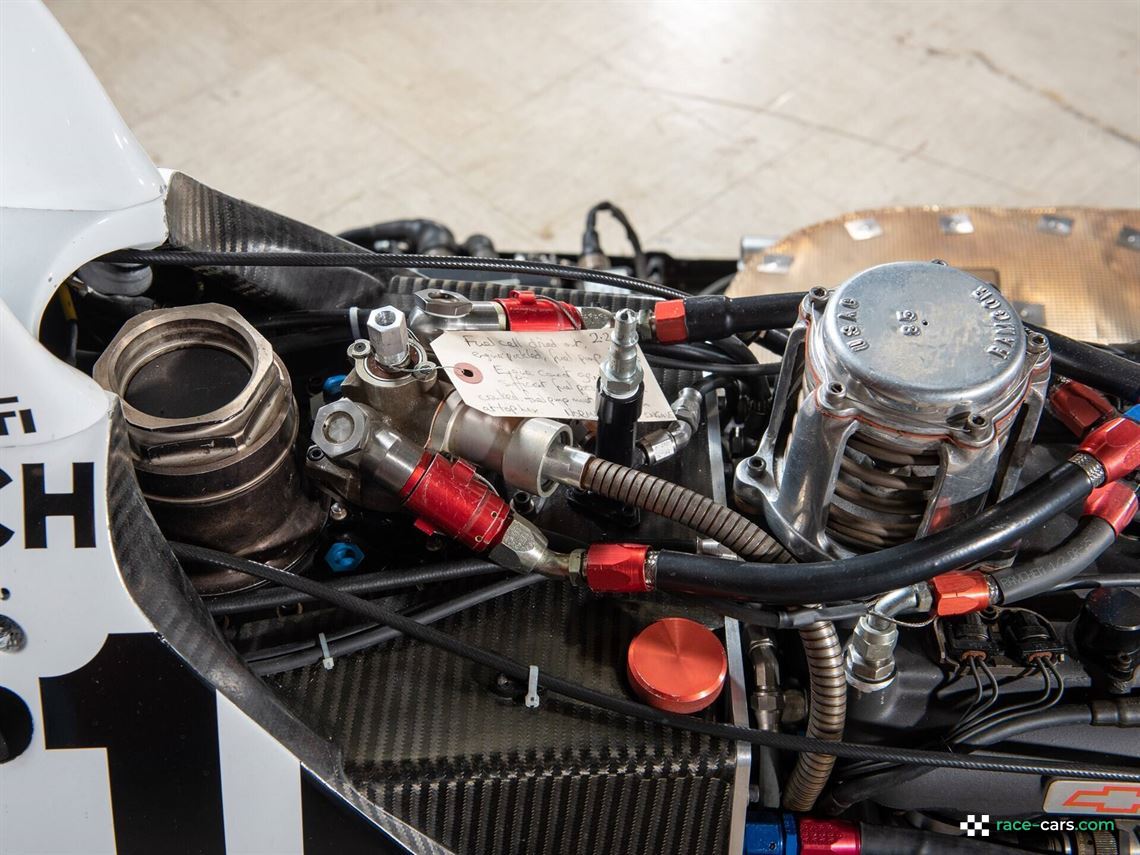 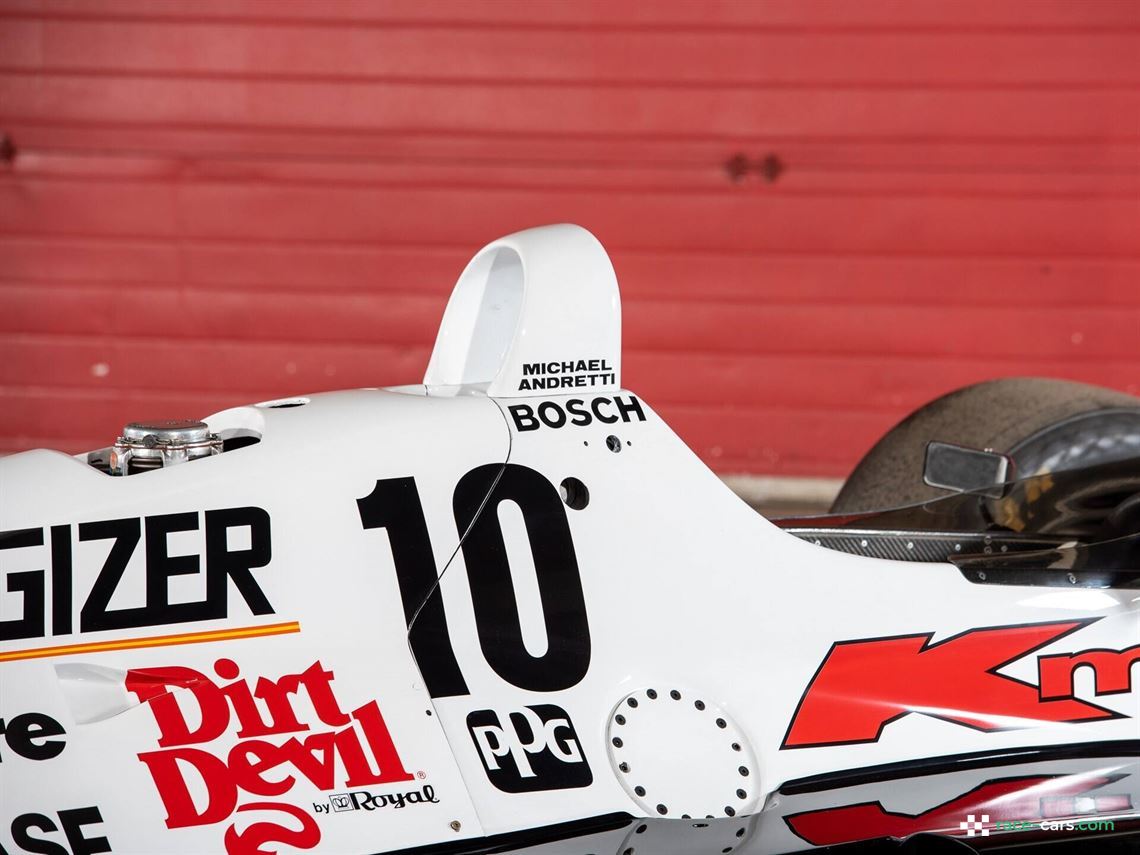 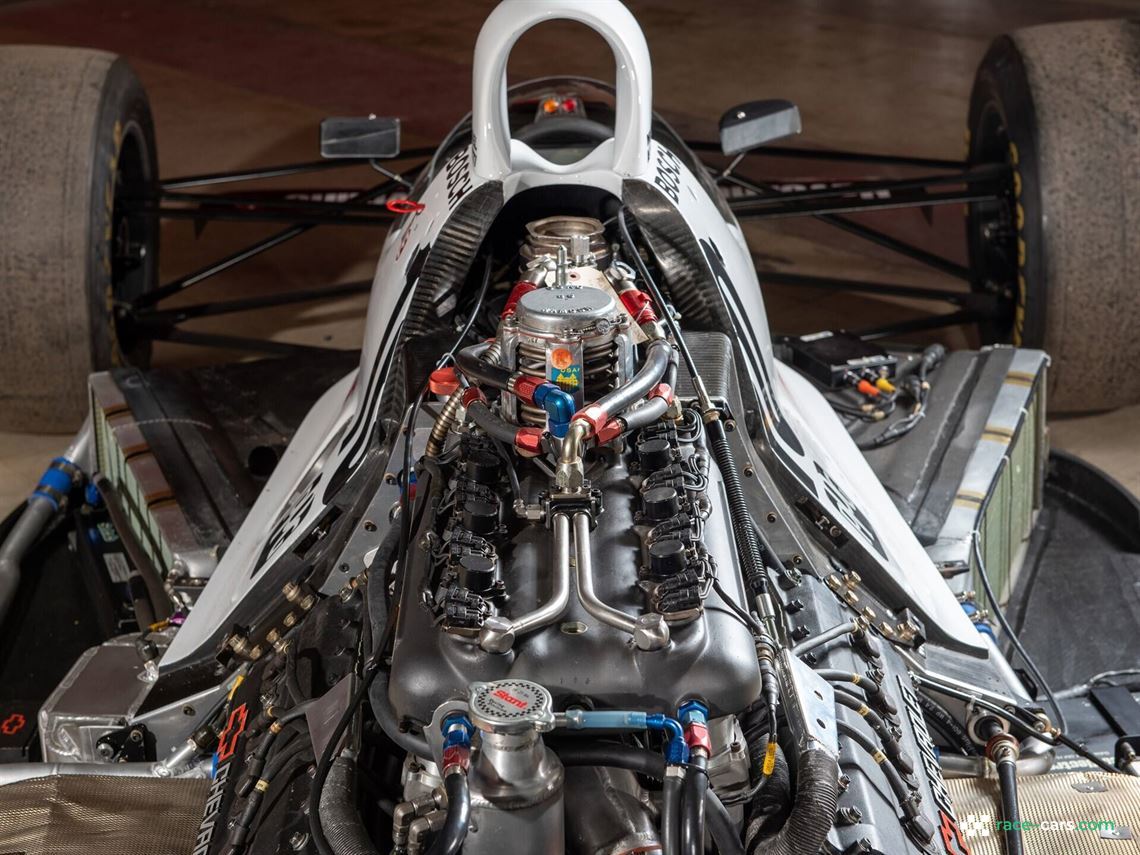 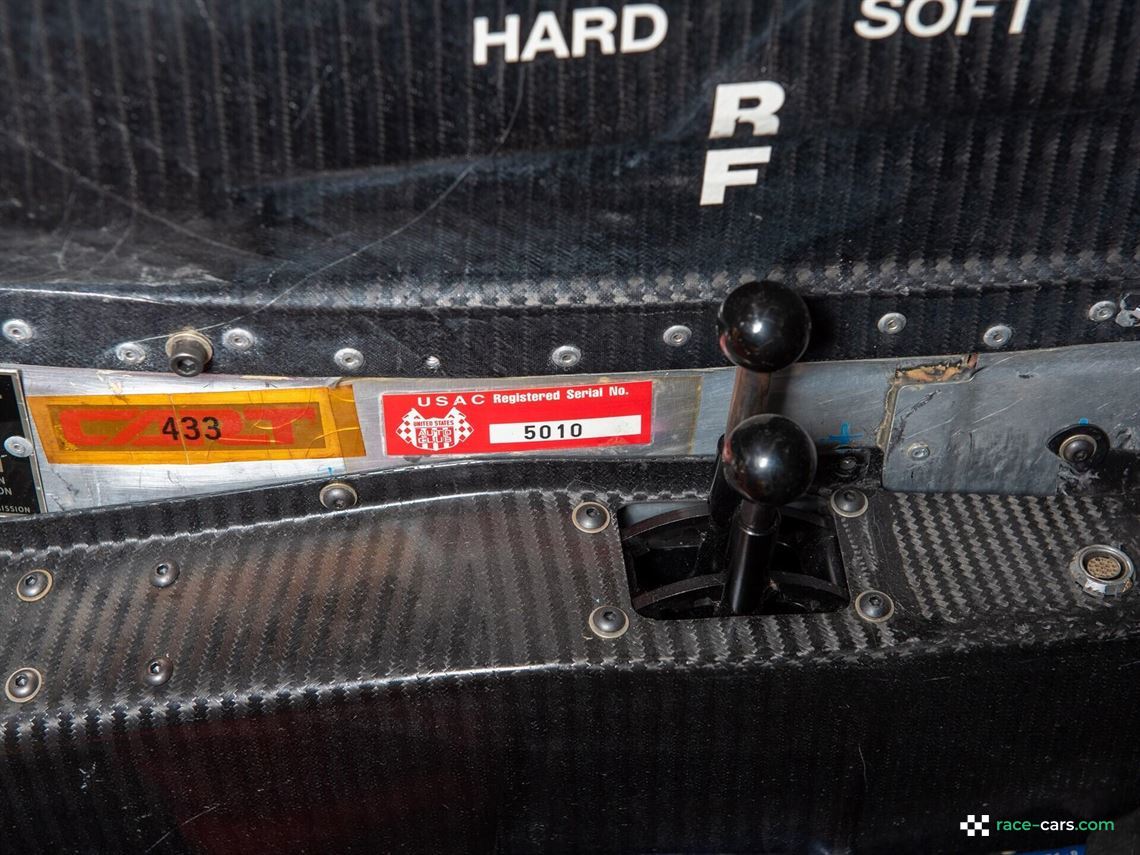 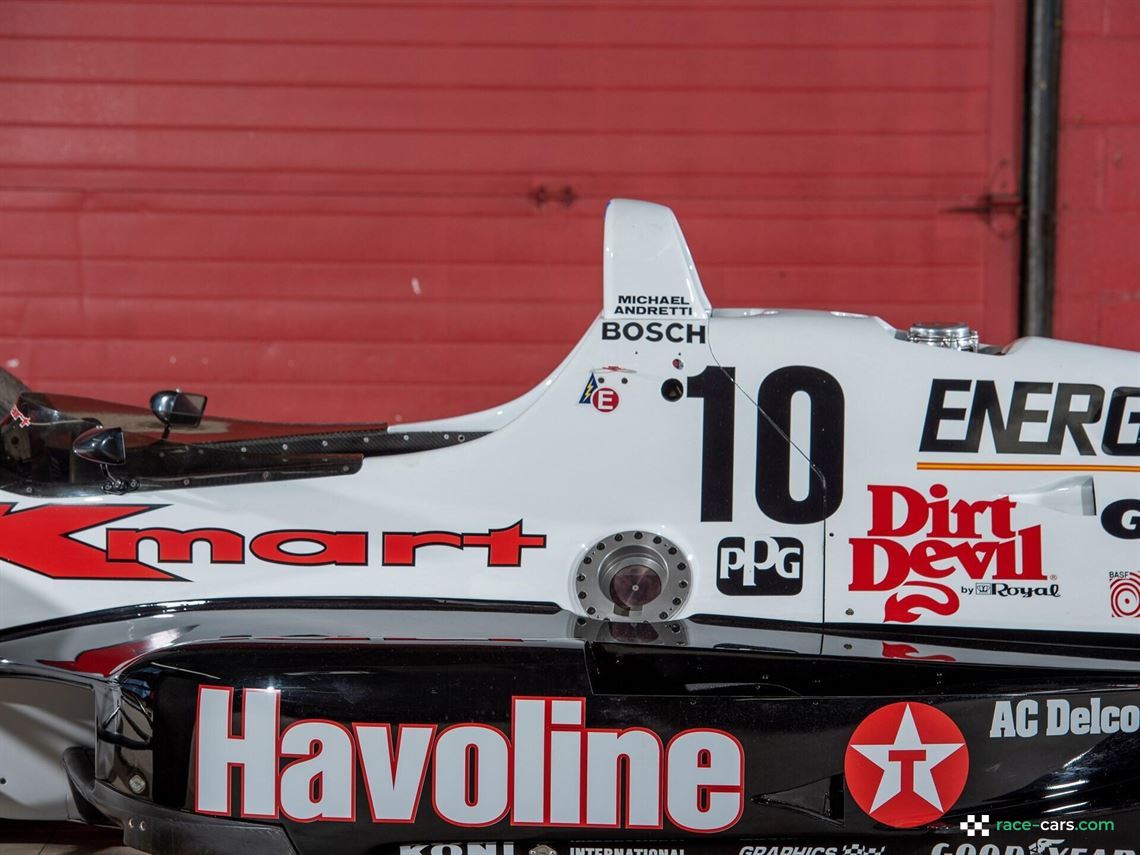 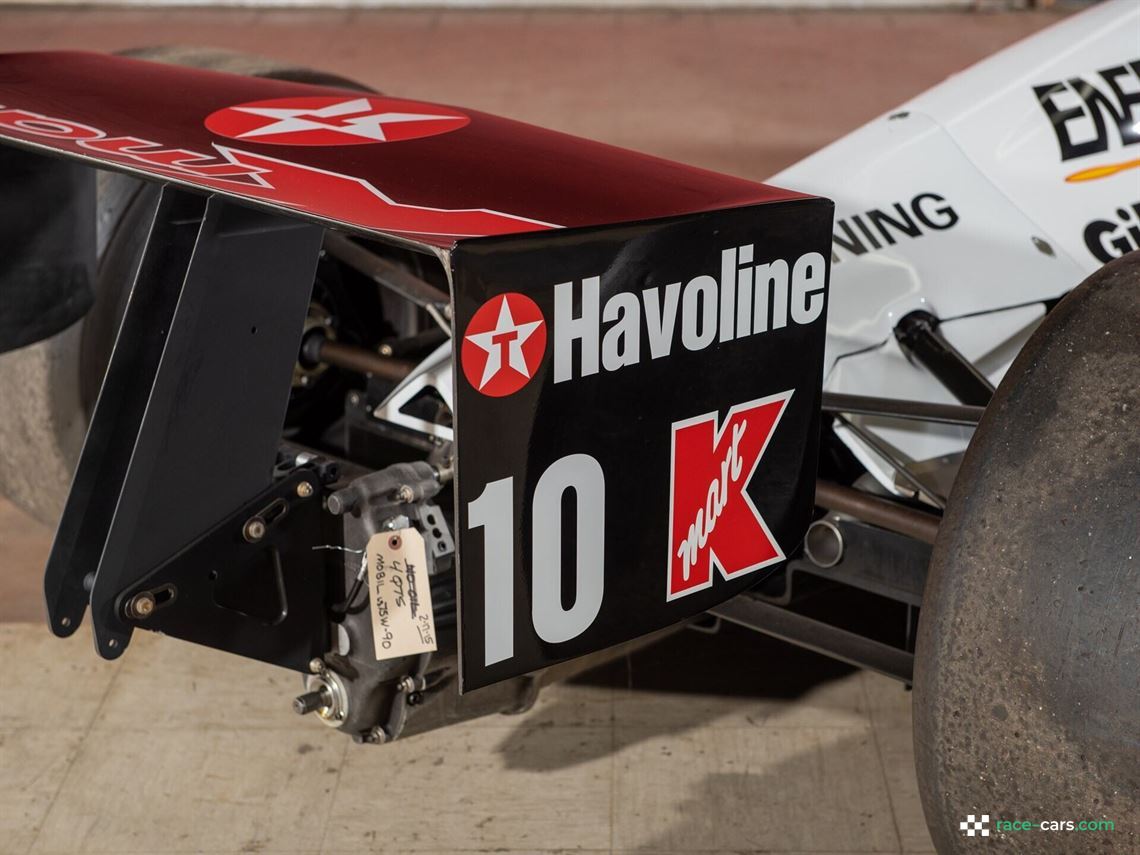 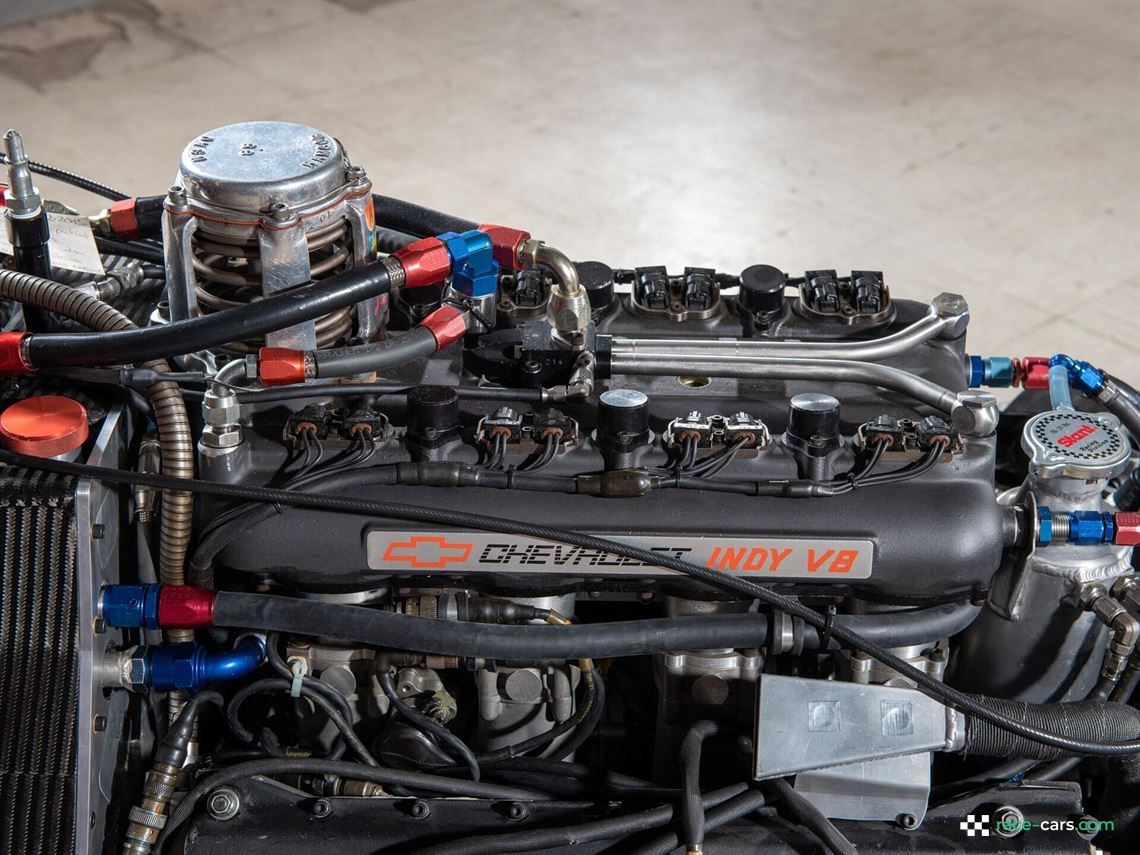 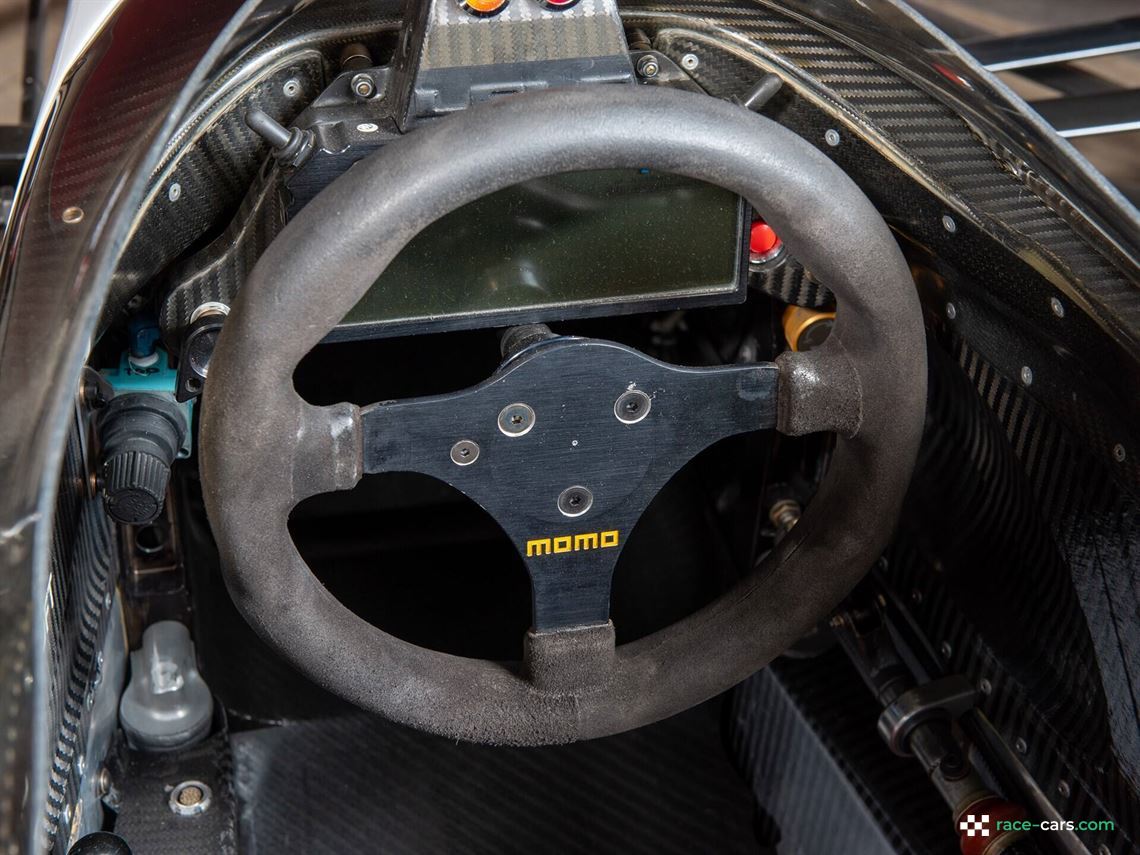 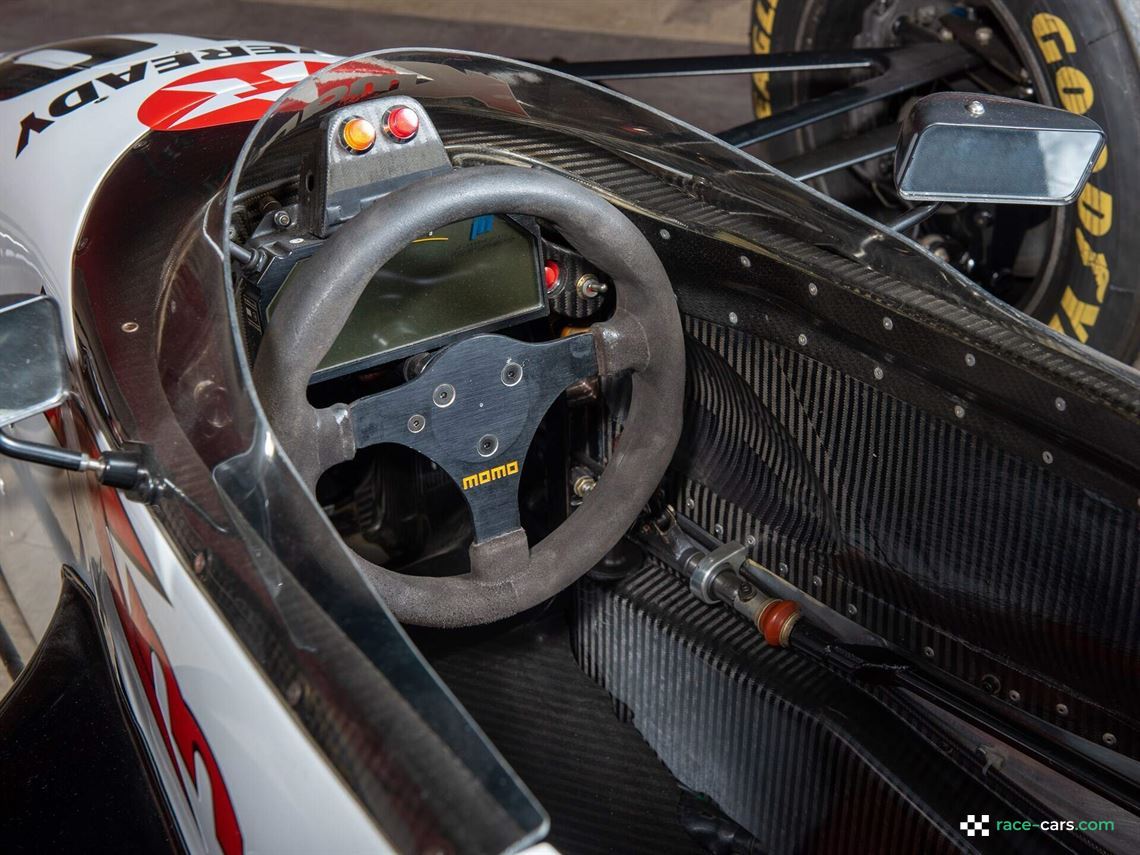 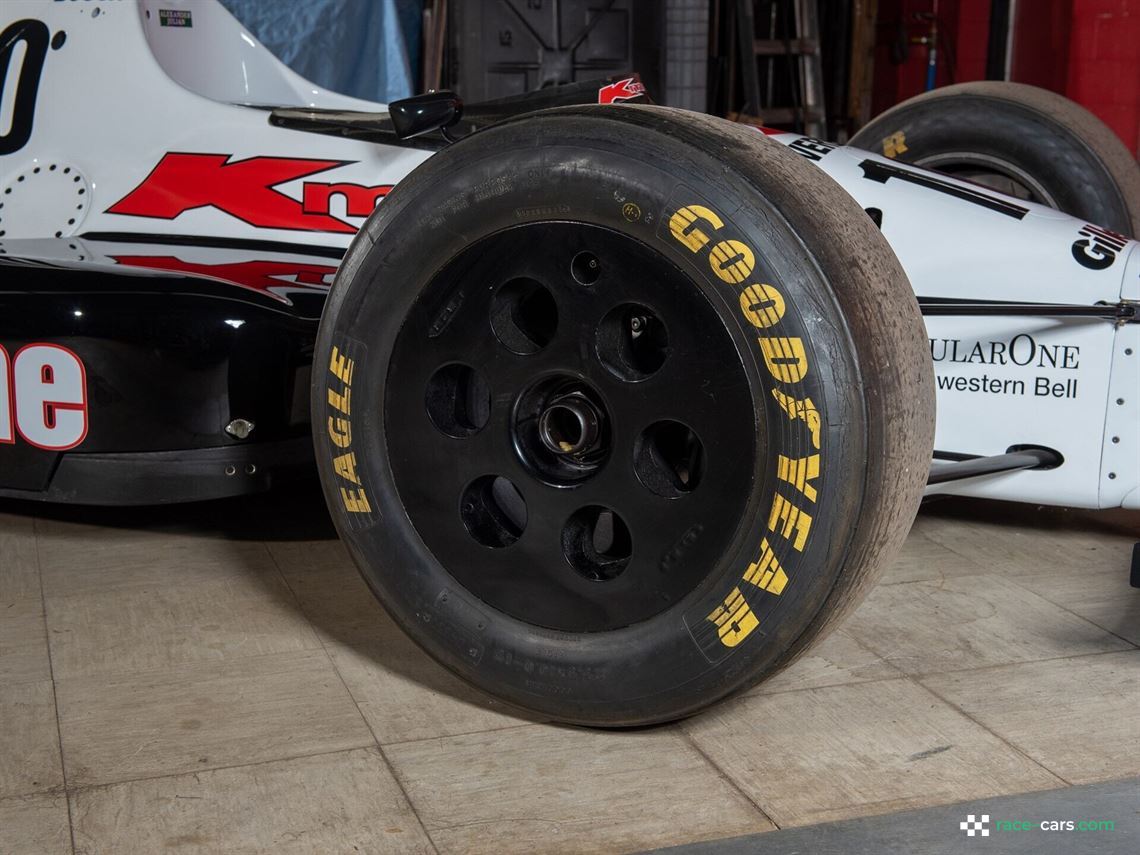 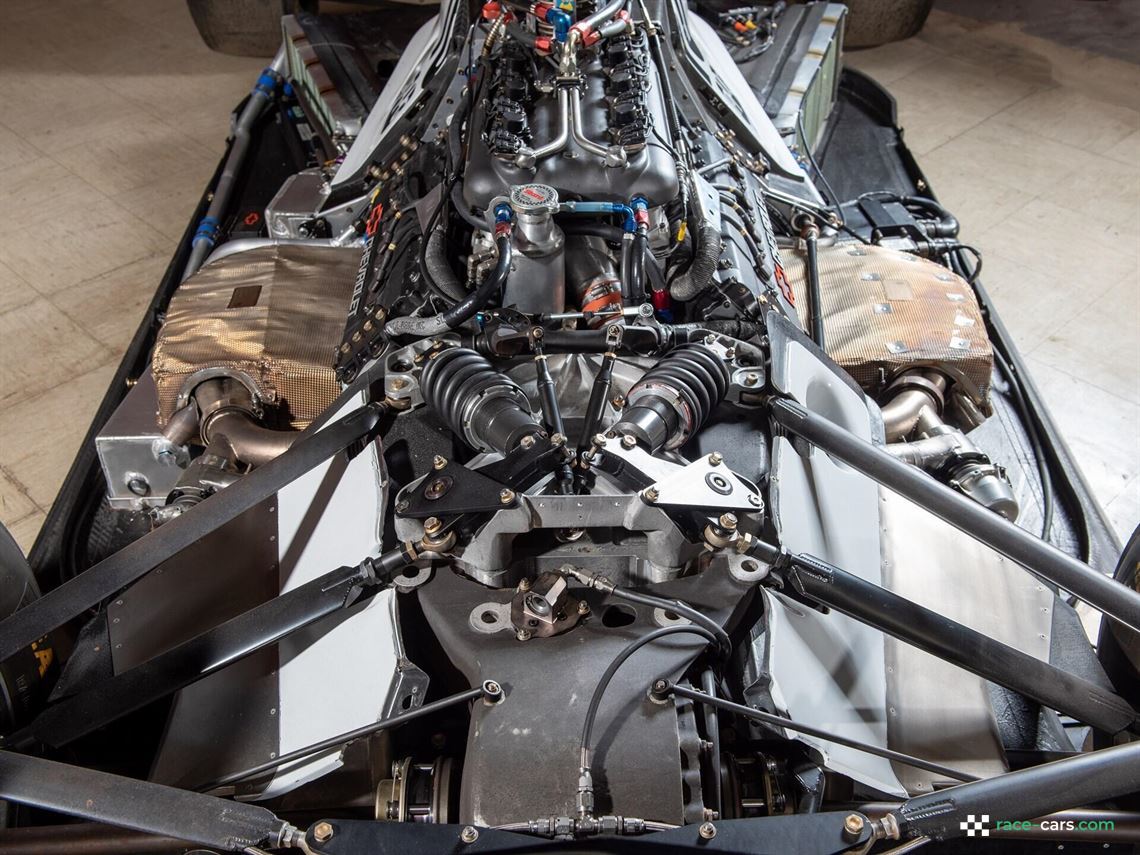 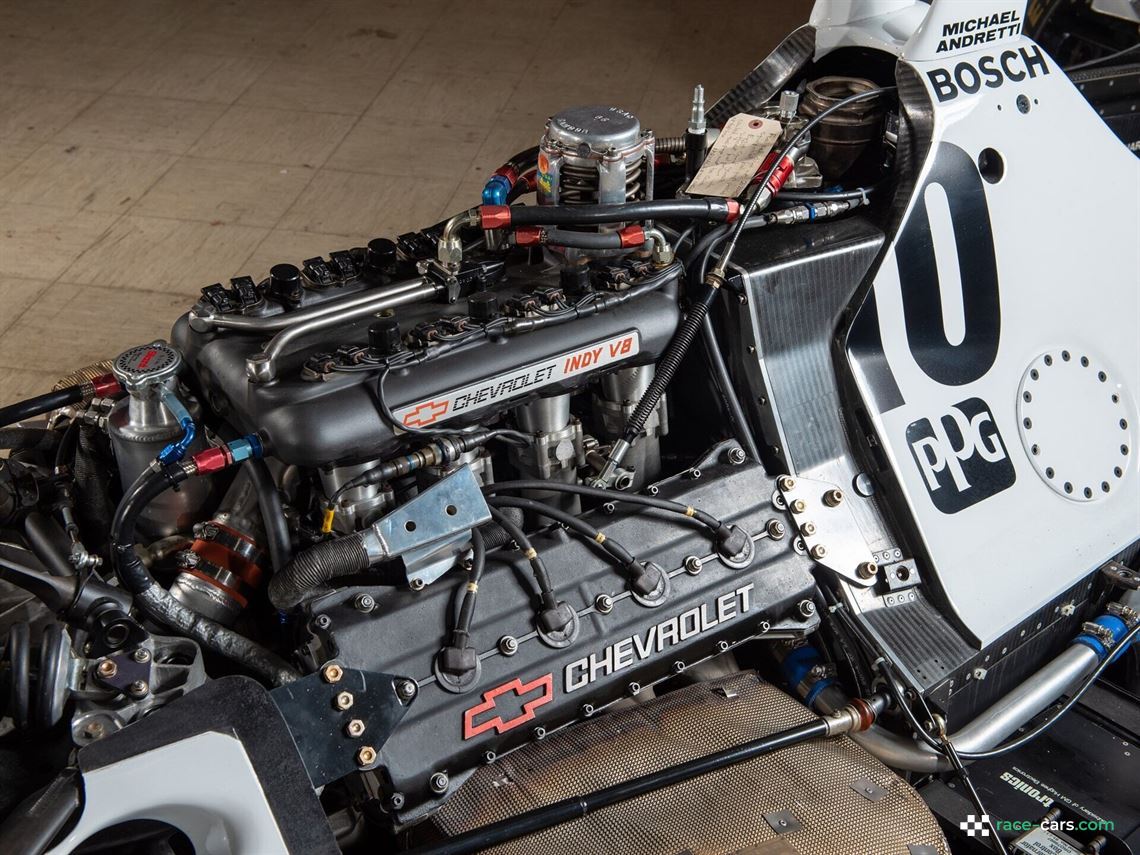 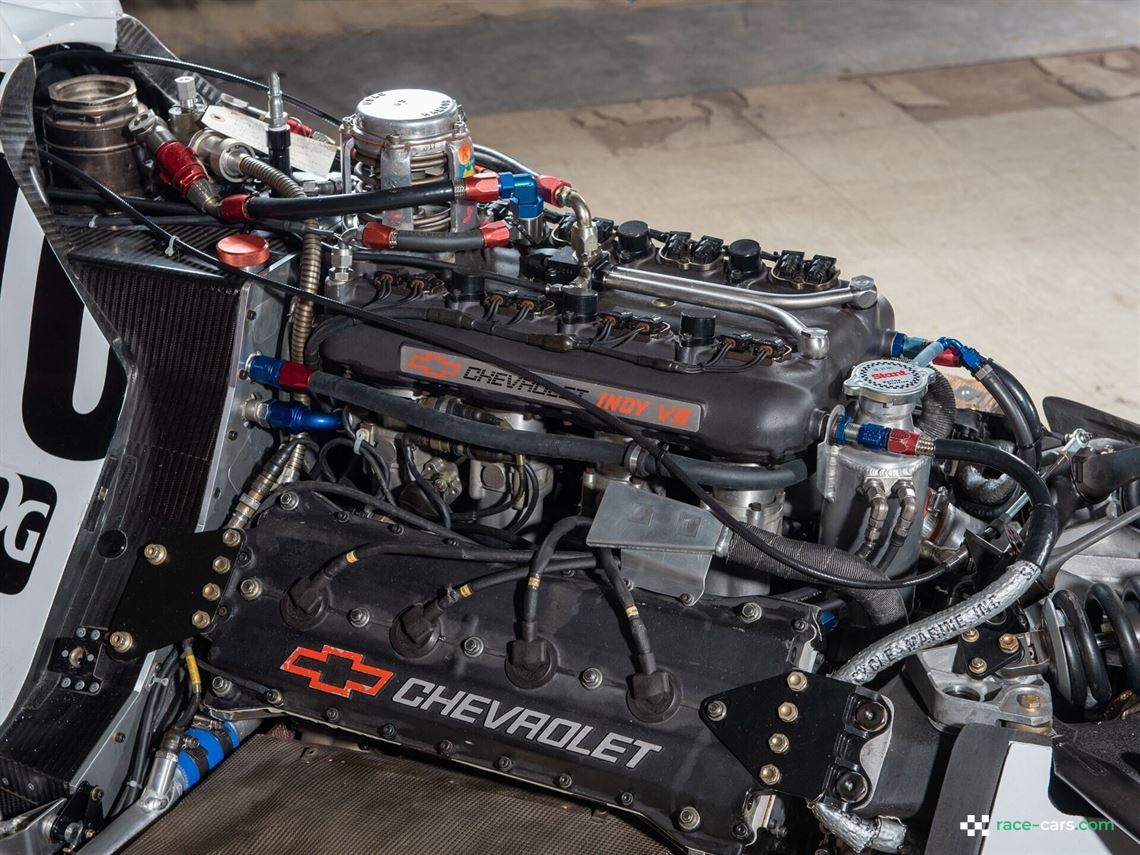 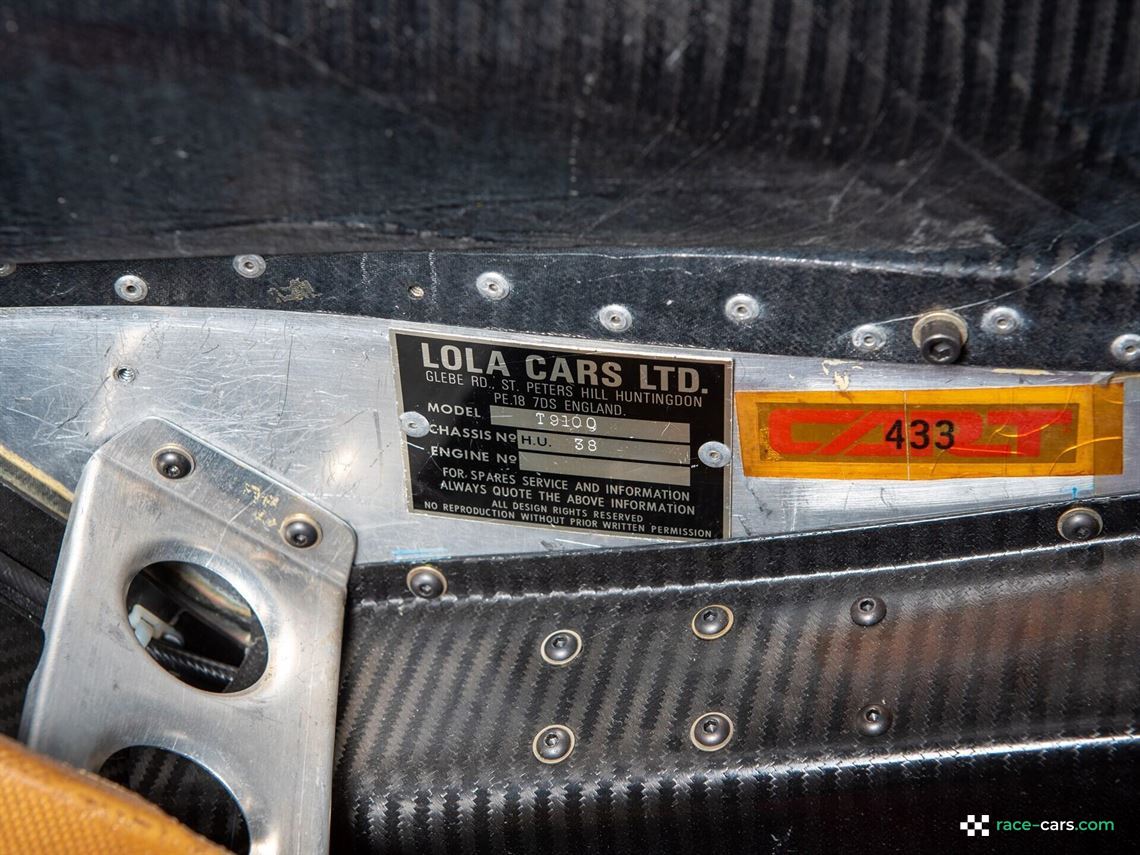 Bill of Sale Only

The landscape of American auto racing is textured by great families. The Unsers, Pettys, and Earnhardts established multiple generations of championship-caliber drivers whose legendary exploits on the racetrack are woven into the very fiber of motorsport. One name, however, rises above to be synonymous with speed itself: Andretti.

The patriarch, Mario, needs no introduction. With a resume that includes Formula One World Champion, Indy 500-winner, Daytona 500 Champion, and Le Mans class-winner, he is undoubtably one of the greatest men to have ever climbed behind the wheel of a racecar. Following in his footsteps would seem insurmountable, yet his son Michael proved to possess incredible abilities behind the wheel.

Beginning his Indy Car career with the Kraco Racing squad in 1983, a run of podium finishes the following season confirmed his talent within the sport. Mario Andretti had established the street circuit in Long Beach, California as a successful hunting ground with wins in 1977, 1984, and 1985, and in 1986 Michael would keep the family winning streak alive by securing his very first win within the CART PPG Indy Car World Series. The 1986 season would result in Michael’s first runner-up finish in the championship; the following year, he would achieve the same result.

In 1989 Michael joined the Newman/Haas team alongside his father, and the two shared great success together. By 1991, Michael was on a roll, having finished 3rd and 2nd in the championship standings the prior two seasons. After being the bridesmaid on three occasions, Michael was determined to not let the ultimate prize slip through his fingers.

While the 1991 campaign began with a slow start, a dramatic Indianapolis 500 saw Michael finish runner-up to the legendary Rick Mears, who secured his record-tying fourth win at the Brickyard. From that point onwards, Michael dominated the remainder of the season. Achieving eight wins out of 17 races, the final six events of the season saw a three-race win streak, two 3rd-place finishes, and a final win at the last race. A true stamp of authority, this display of talent further added to the Andretti legend and dismissed naysayers who said it could not be done.

Lola’s dominance with the T90/00 in 1990, with 13 wins out of 16 events, meant that 1991’s T91/00 would be a refinement of the design which had led to so much success. While retaining the same dimensions and monocoque design as the T90/00, the latest model was understood to have a more consistent shape and stronger construction thanks to the new climate-controlled autoclave installed at the Lola factory. An aluminum honeycomb was again utilized for the tub, extending from the driver’s hips to the pedals for protection in the event of a heavy accident. In addition, the pickup points for the suspension were revised.

To meet the demands of the various disciplines, a high-downforce configuration was available for short ovals, road courses, or street circuits. For the superspeedways, alternative suspension geometry was utilized to extend the wheelbase, and low-drag wings worked to slice through the air. The tried-and-tested Ilmor-Chevrolet-A 2.65-liter V-8, featuring a turbocharger and 32 valves, served as the heart of the Newman-Haas cars during the 1991 season.

Used during the month of May in the leadup to the 74th running of the Indianapolis 500, chassis 38 accumulated 725 miles of test running between May 6 and May 13. A week later it was entered in the Miller Genuine Draft 200 at the famed Milwaukee Mile oval in Wisconsin. Qualifying 3rd behind his father, the Andrettis would quickly jump in front of pole-sitter Rick Mears. John Andretti, son of Mario’s twin brother Aldo, additionally started the race in the top five. All three would remain up front, and after Mears suffered from an engine failure, history would be made: For the first and only time, the Andretti family swept the podium. After leading the most laps, Michael finished 1st, followed by his father and his cousin.

Chassis 38 was next entered in the Valvoline Detroit Grand Prix on the tight, unforgiving temporary street circuit. After securing a pole position, Michael fought for the lead against Dutchman Arie Luyendyk, but failed to finish the race.

The following week at The Budweiser/G.I. Joe's 200 at Portland International Raceway in Oregon, Chassis 38 was once again used. Michael lined up 5th on the grid that day, and in a spectacular display of his talent, he took the lead on the opening lap with a first-turn dive. He went on to lead the most laps that day, securing him additional bonus points.

The chassis was next entered in the Marlboro Grand Prix Meadowlands, just outside of New York City. After starting in the top five, Michael battled up front and was running in the podium places at half-race distance. Unfortunately, his engine began to suffer a misfire, ultimately leading to his retirement from the race.

Michael’s trio of race wins began at the Molson Indy Vancouver on the street circuit of the Canadian city. This would be the final race weekend for Chassis 38, and once again, pole position was achieved. Bobby Rahal, Michael’s main opponent, sat eight points ahead in the championship and quickly snatched the lead of the race. Another scrap resulted in Michael regaining the lead, yet he would spend the later portion of the race climbing back through traffic from 3rd place. Ultimately finishing 1st, his pole position and most laps led resulted in maximum points for the race weekend.

Today, the car is set up in speedway configuration and accompanied by workshop manual, laptop, and cable. A highly significant racing car from the high-watermark-era of Indy Car racing, Chassis 38 helped secure success for the second generation of the Andretti family dynasty.