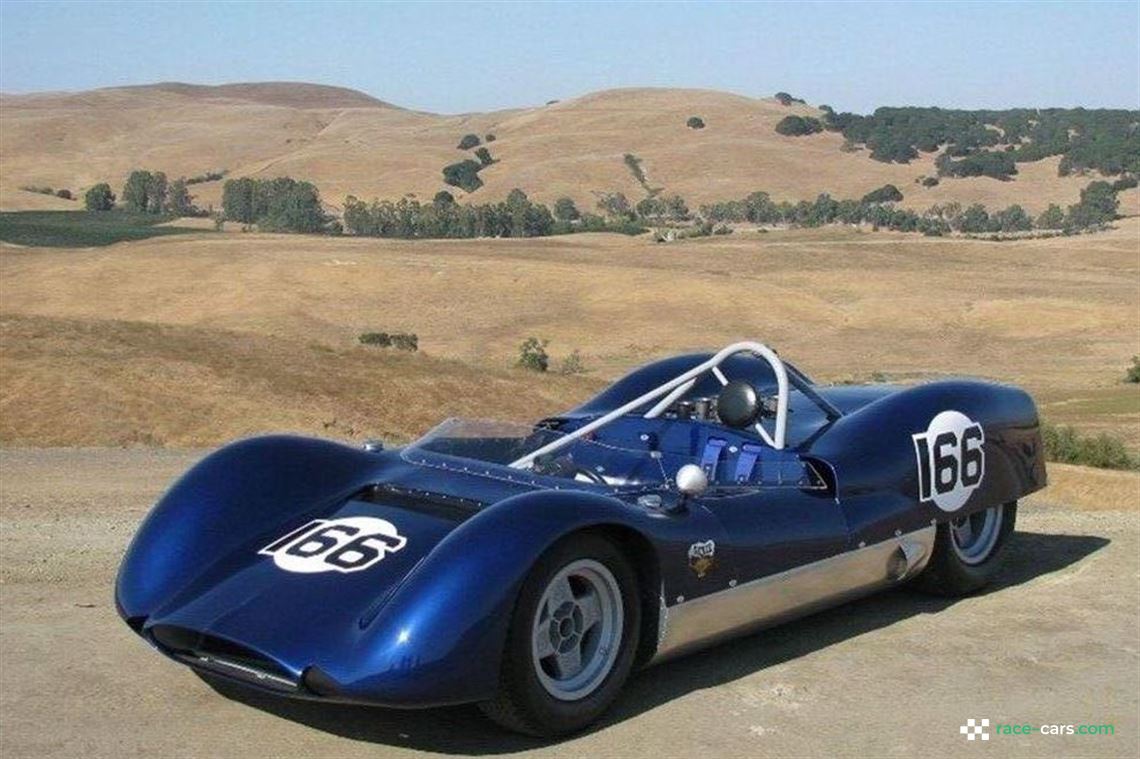 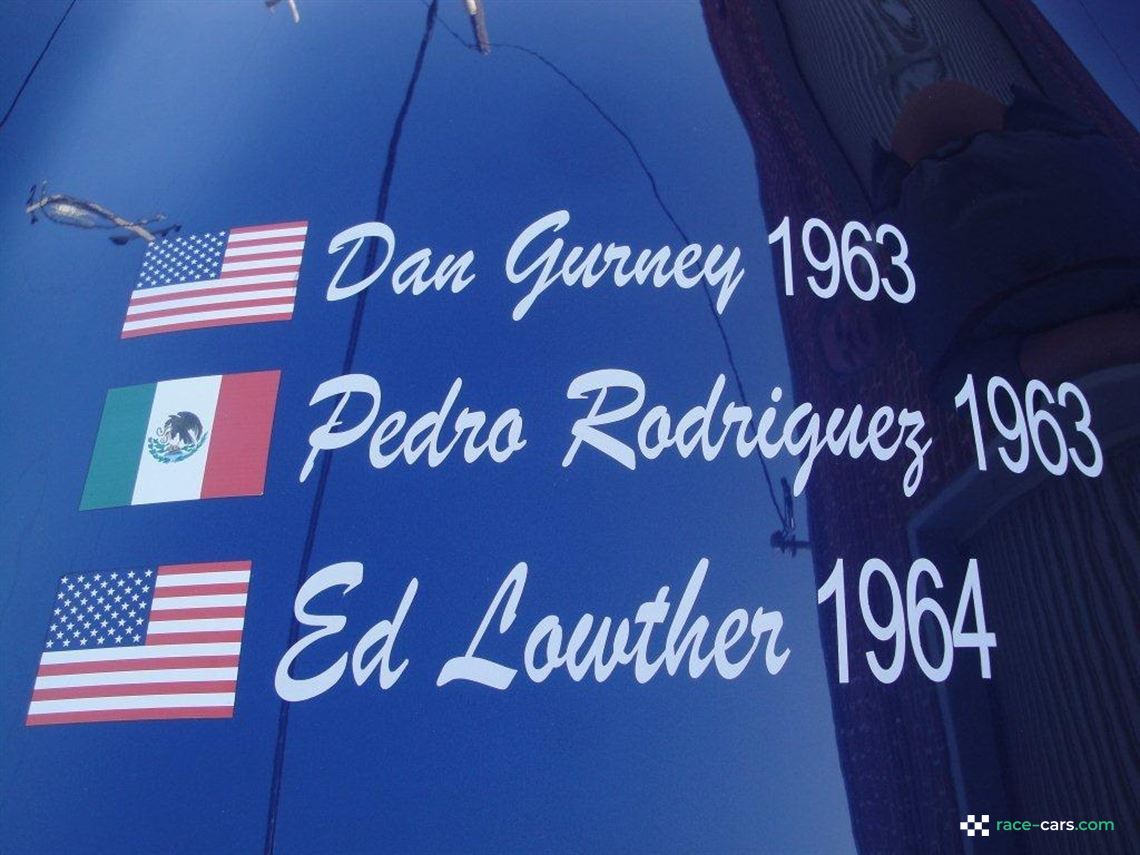 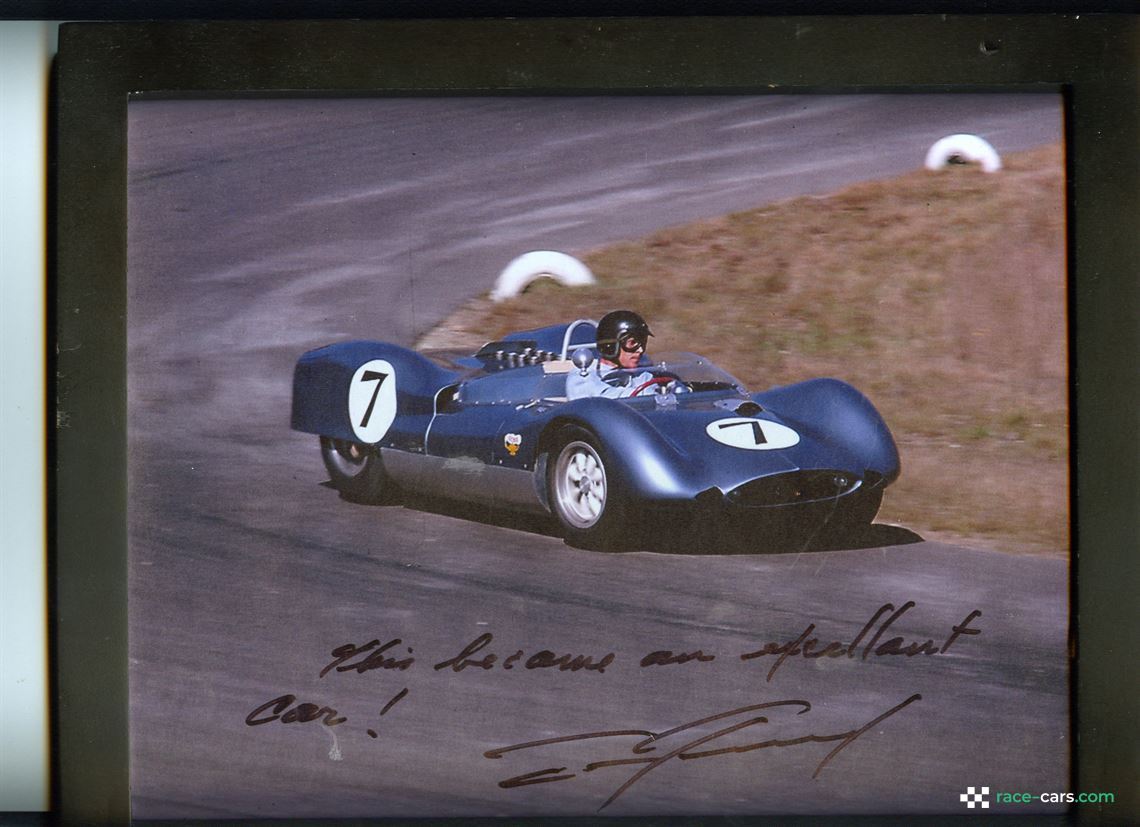 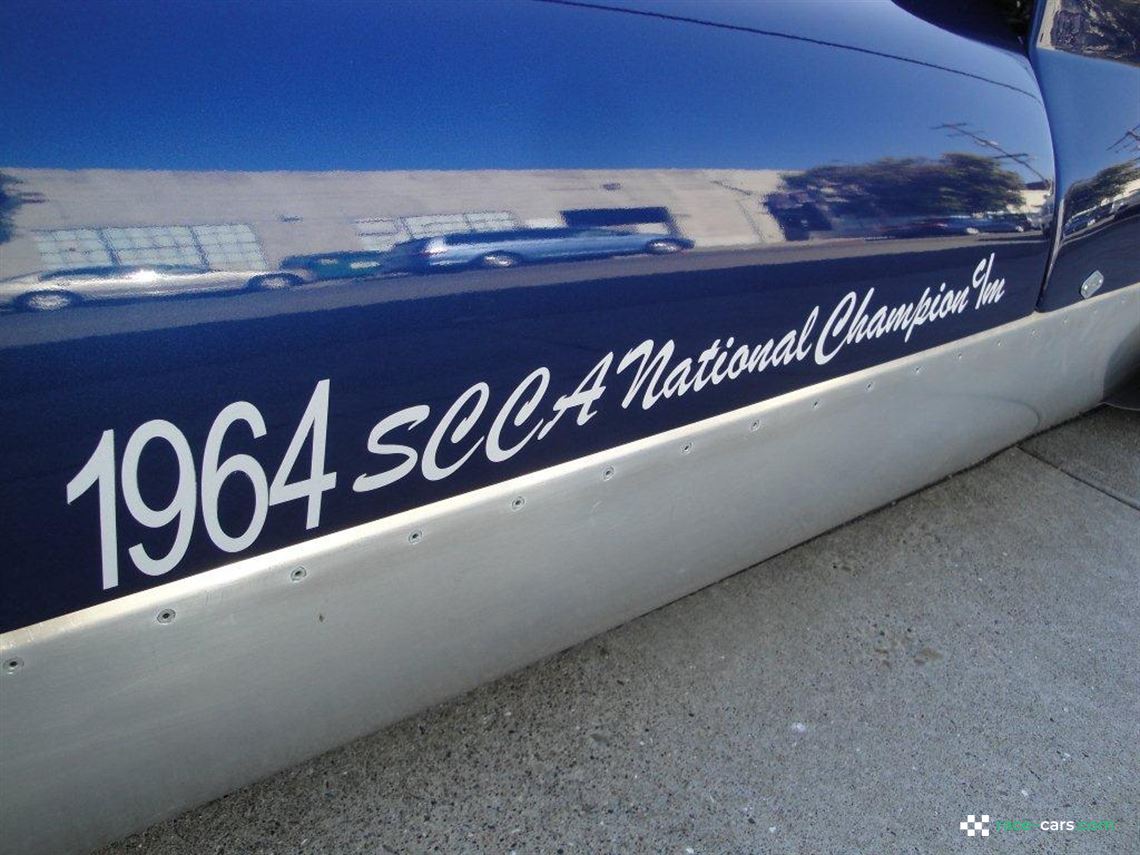 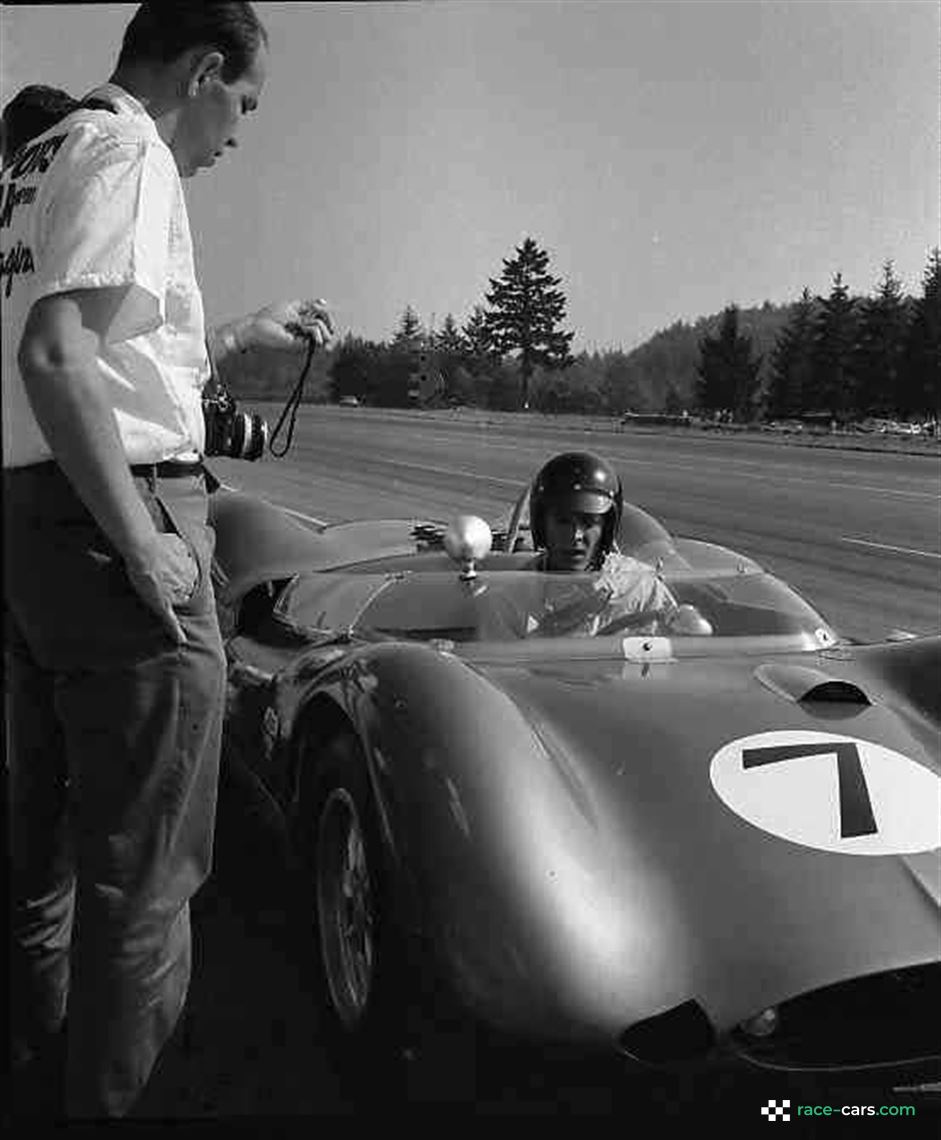 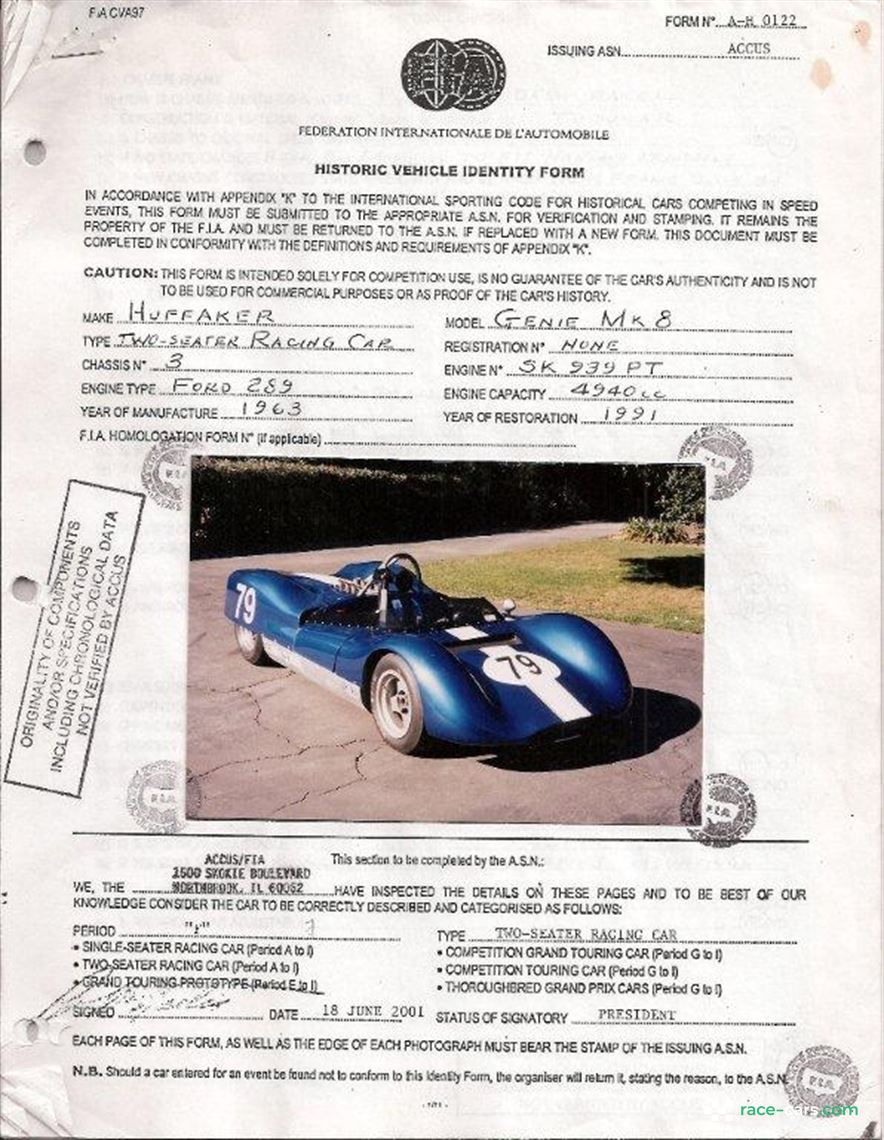 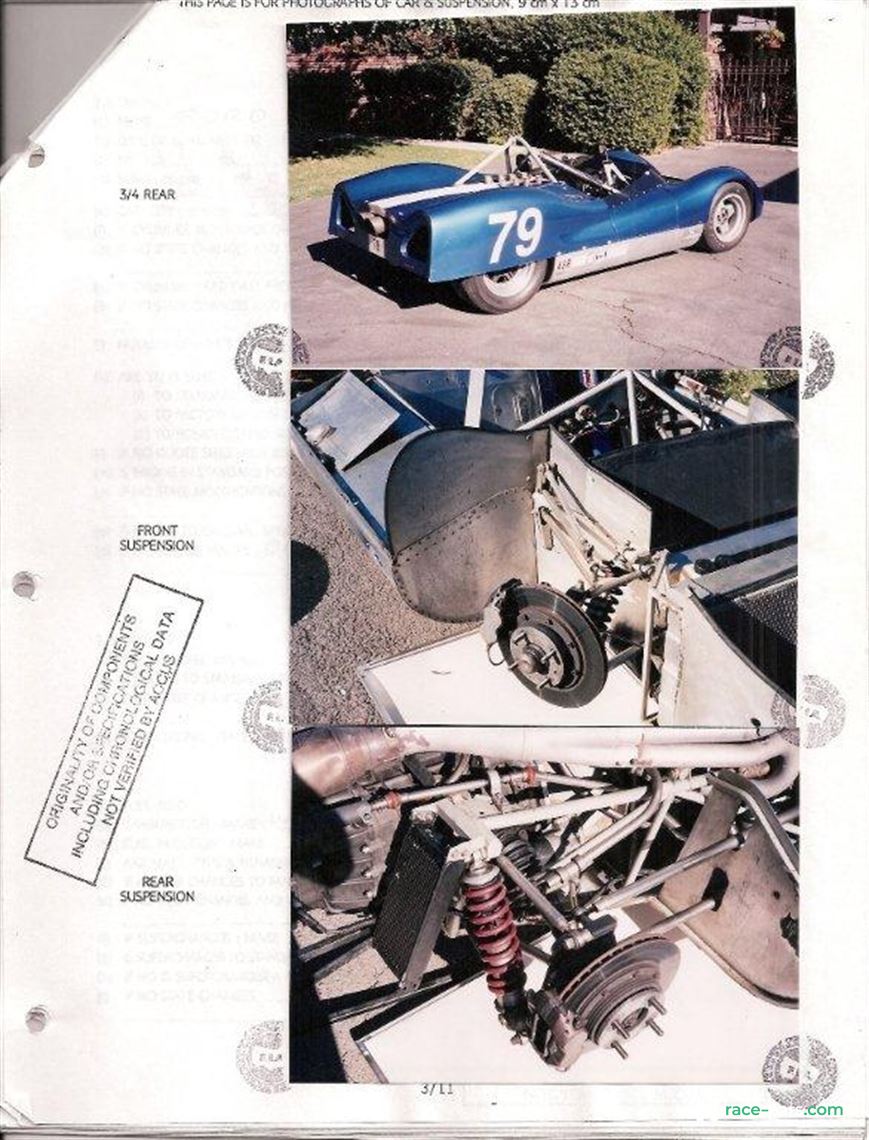 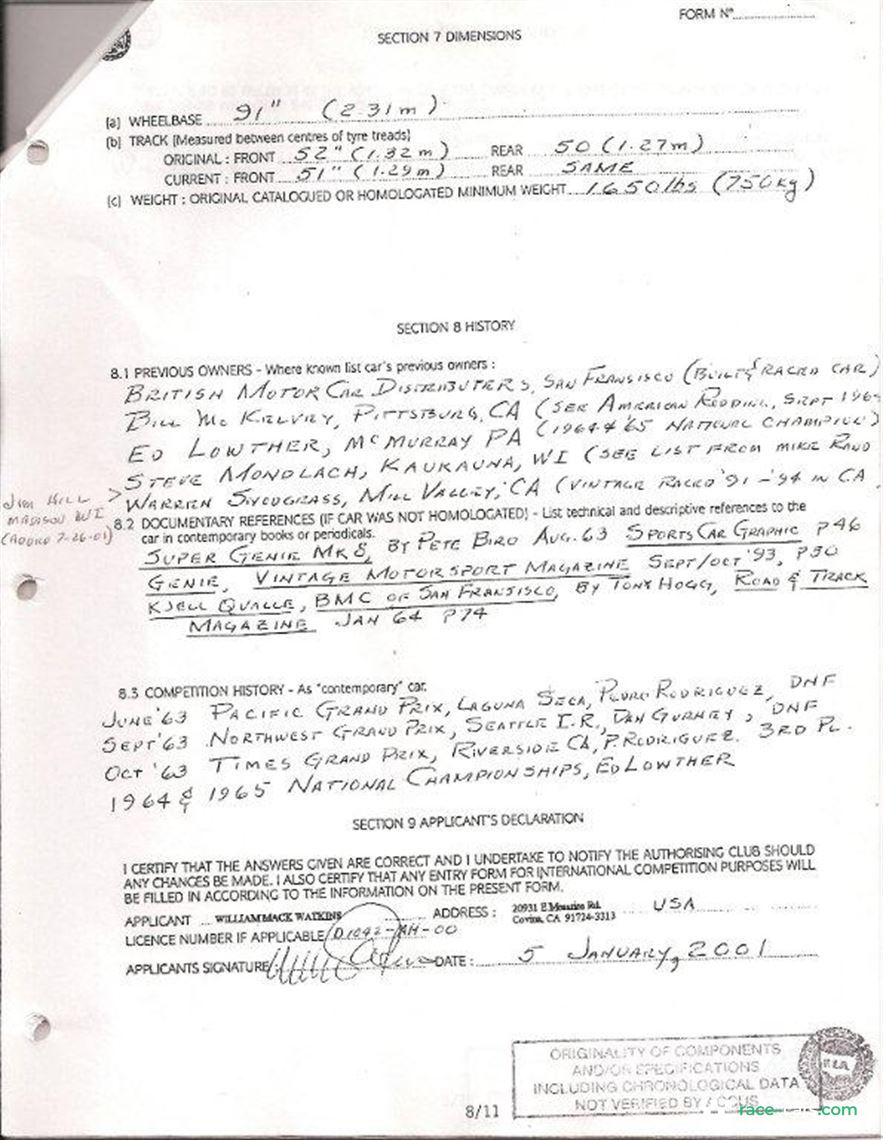 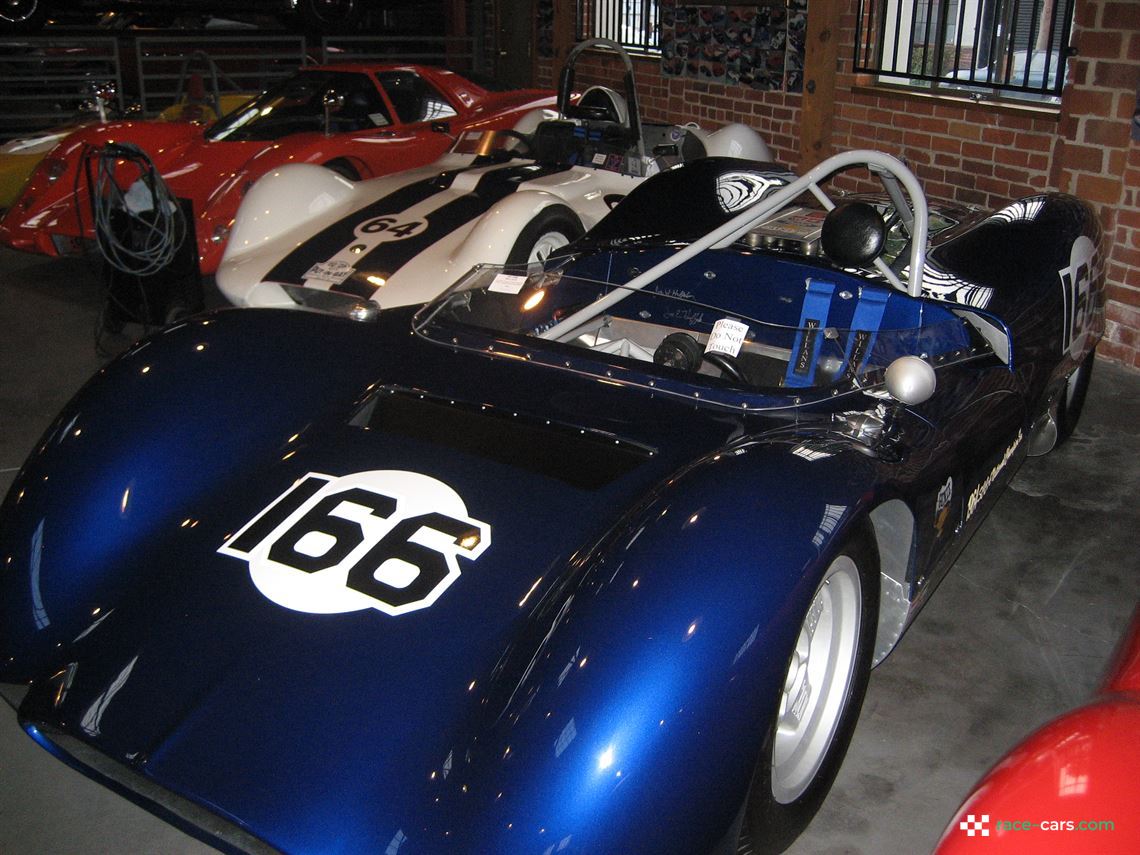 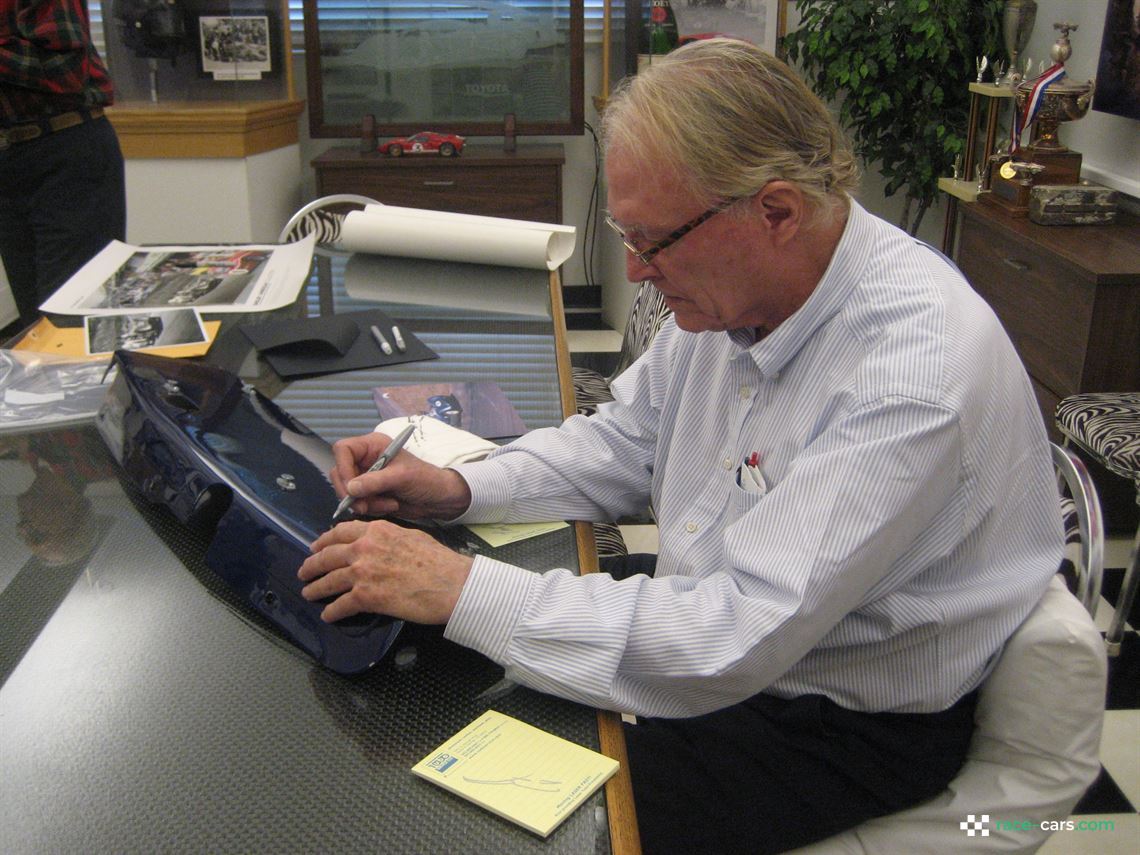 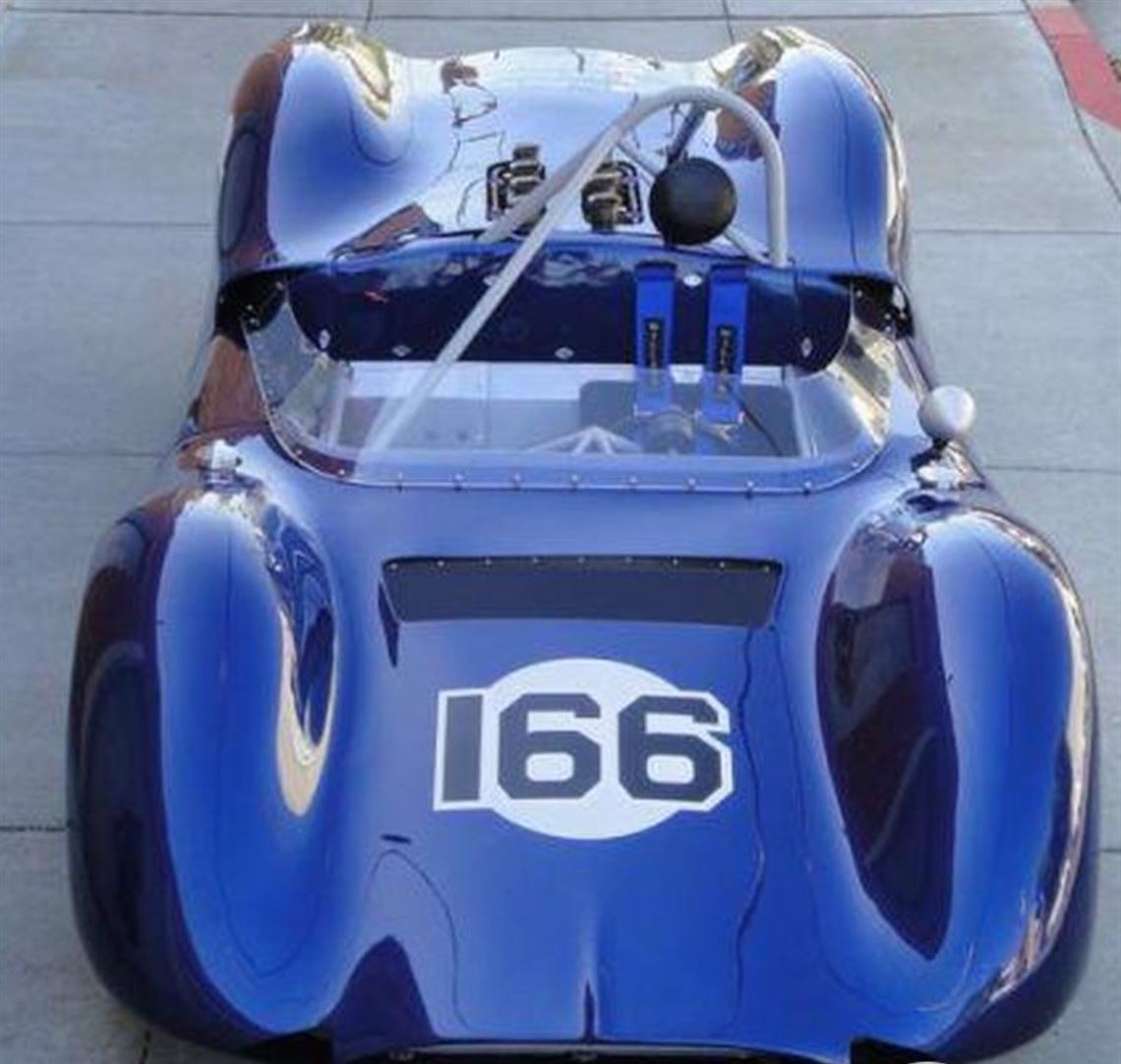 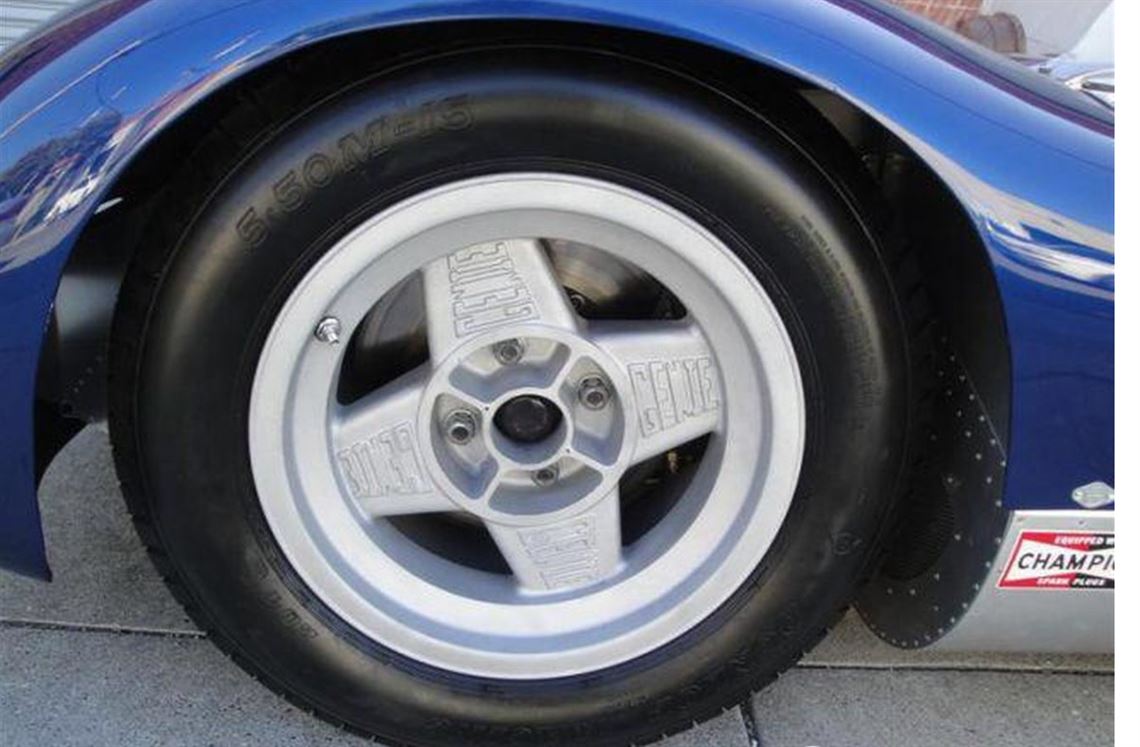 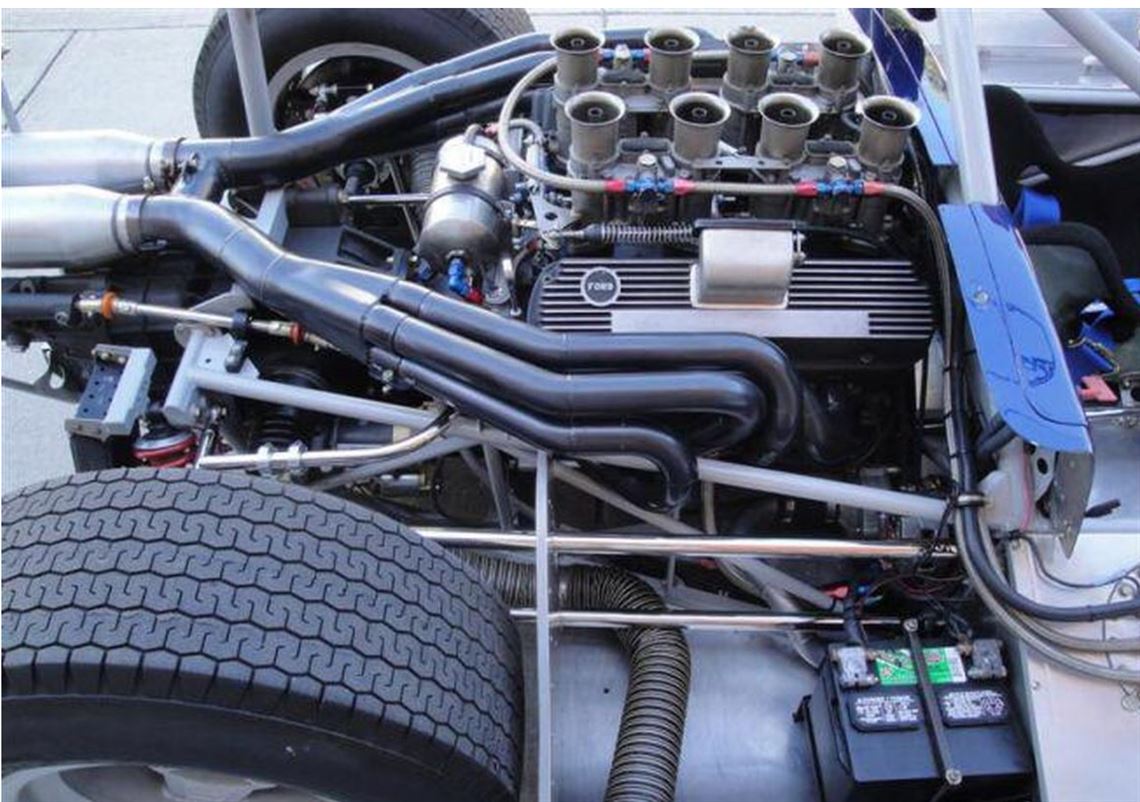 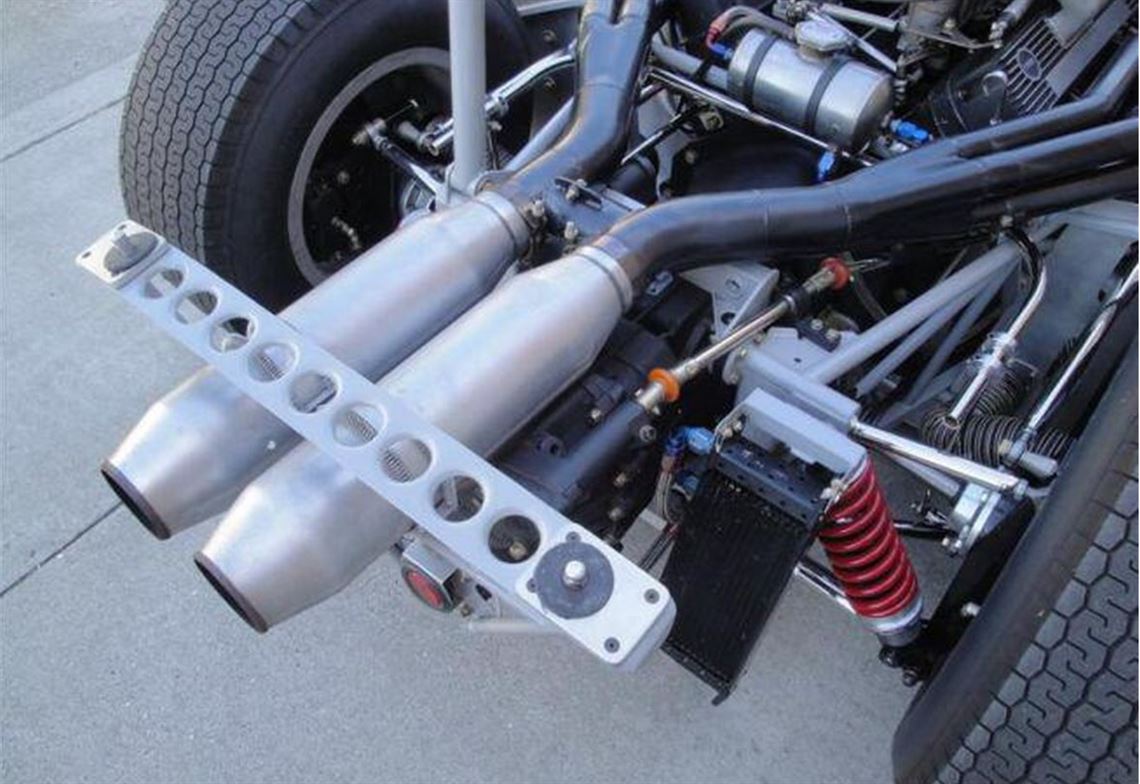 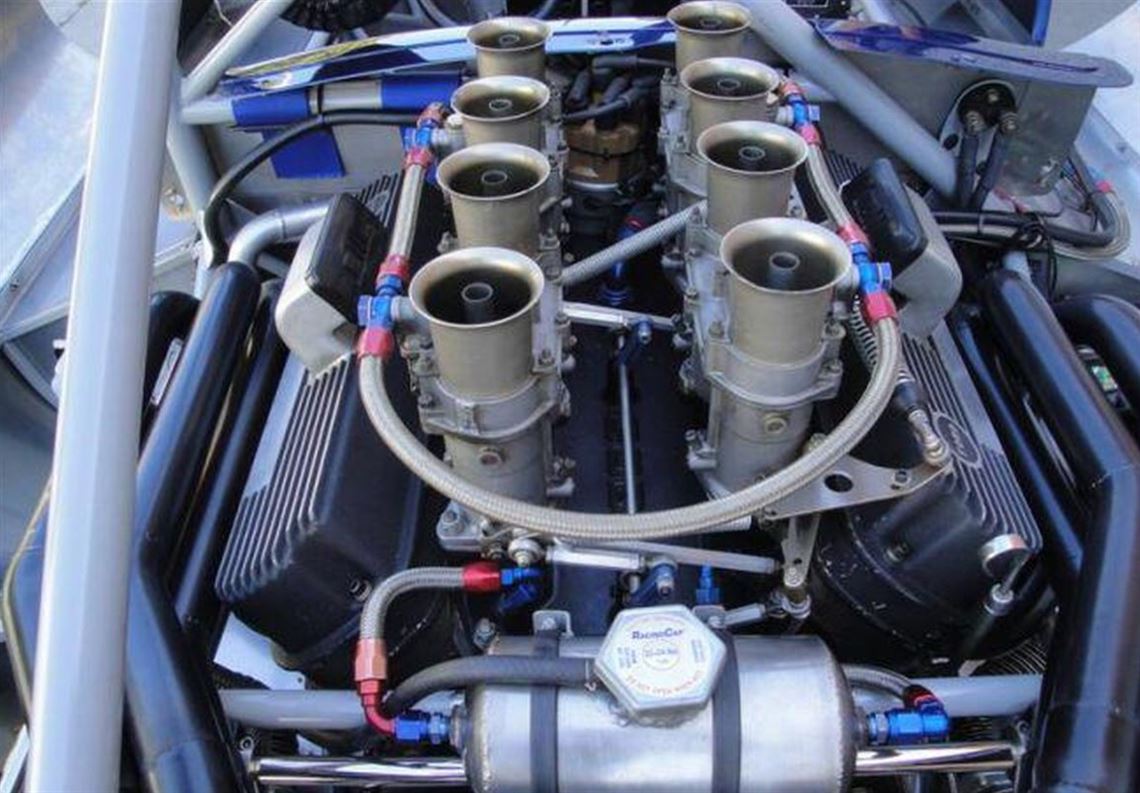 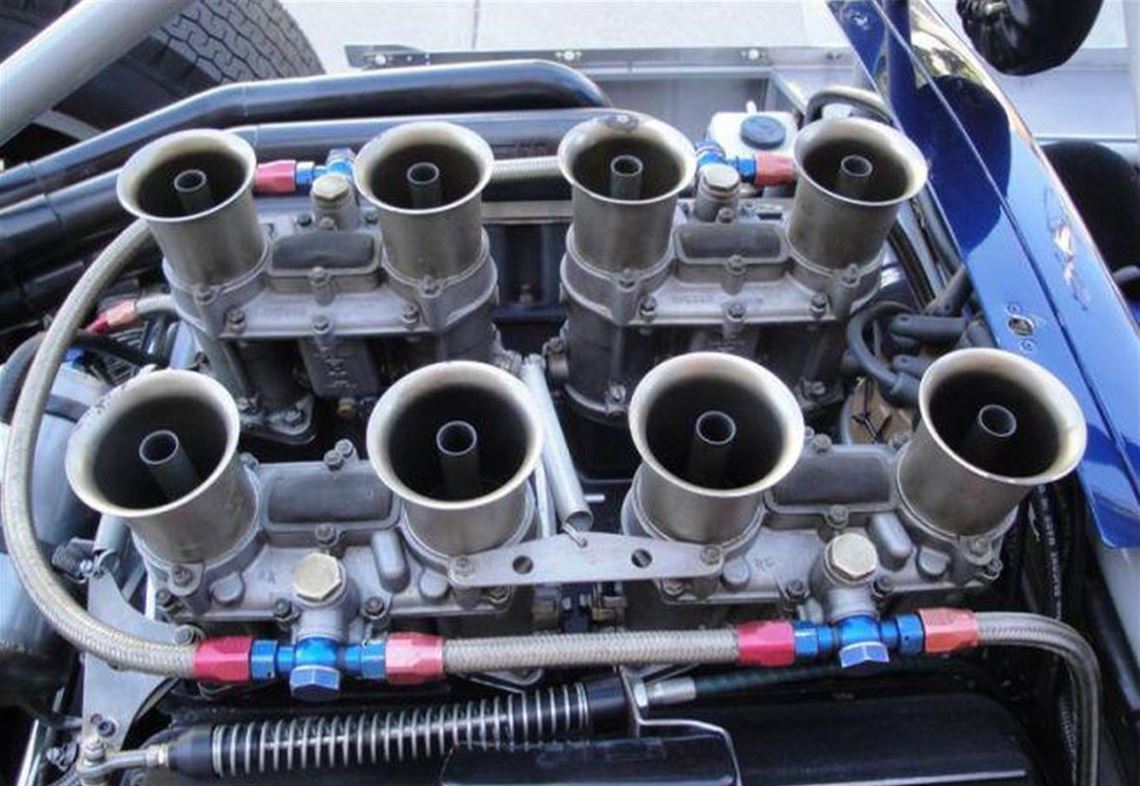 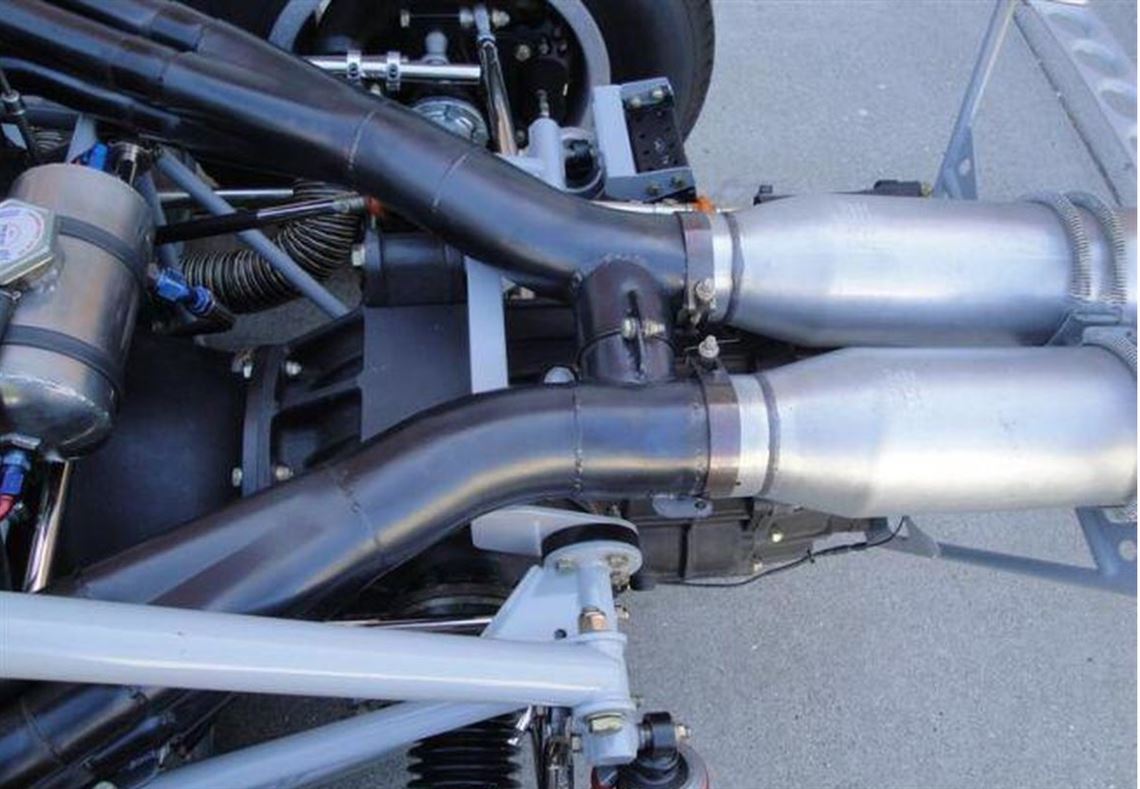 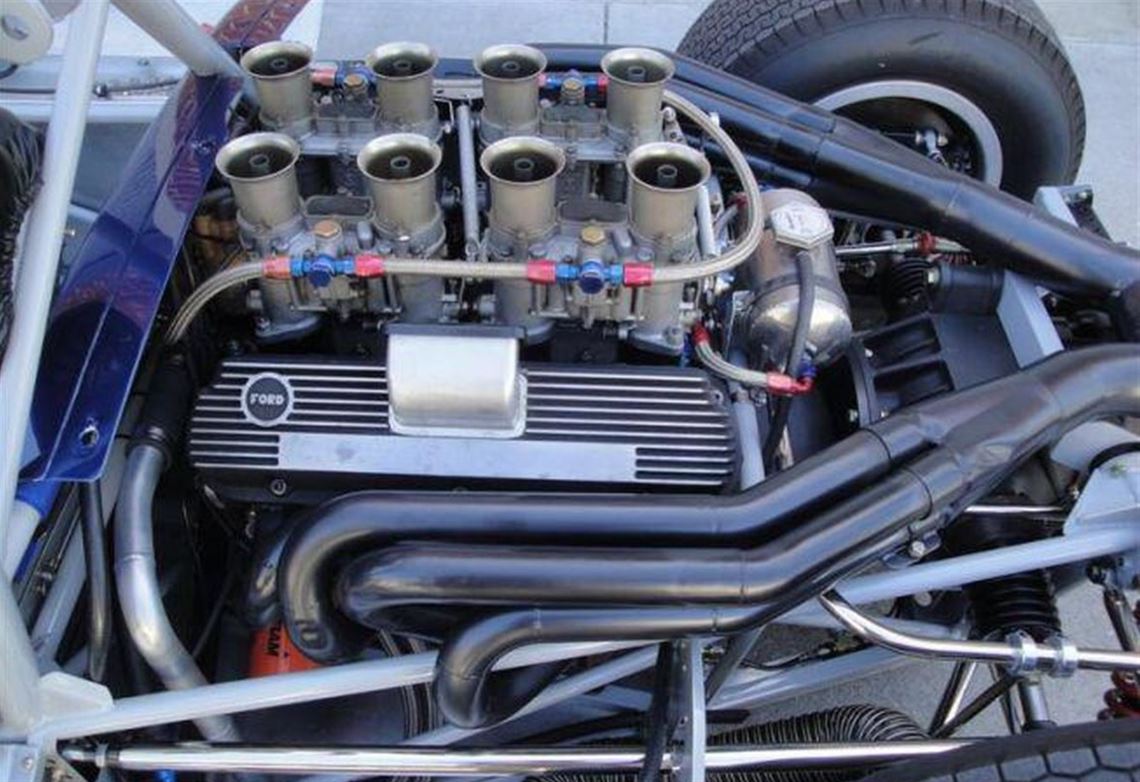 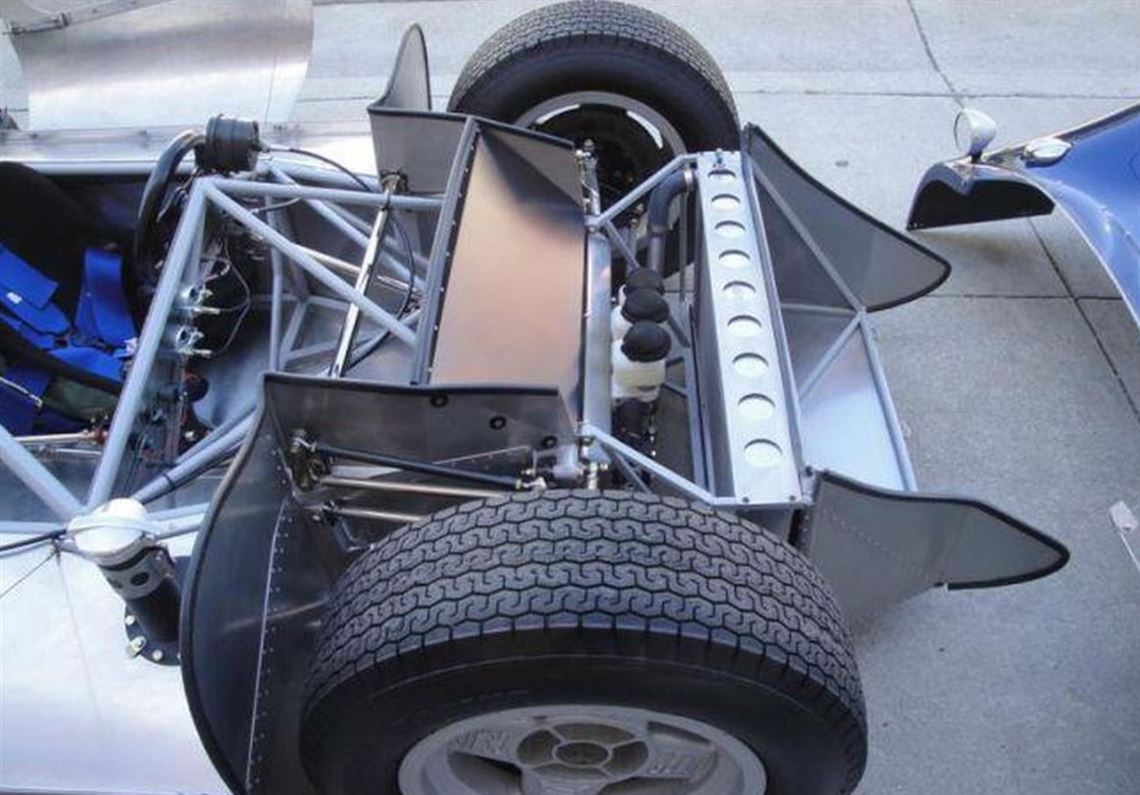 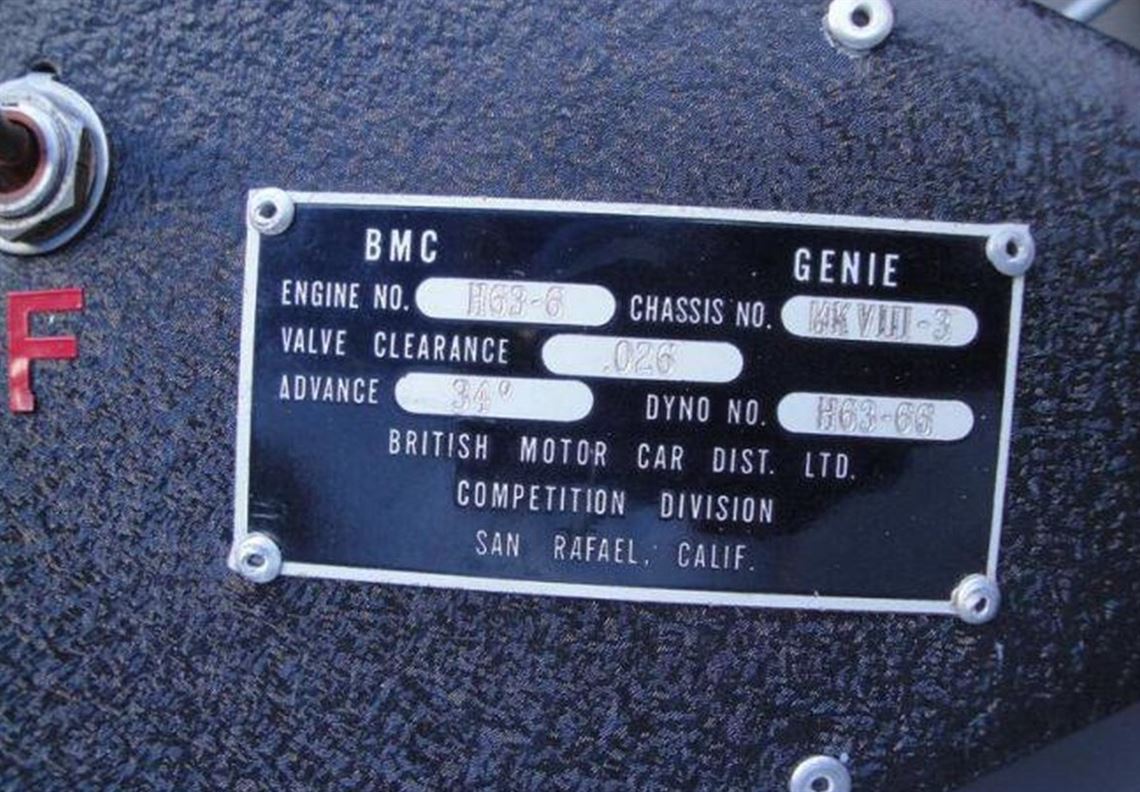 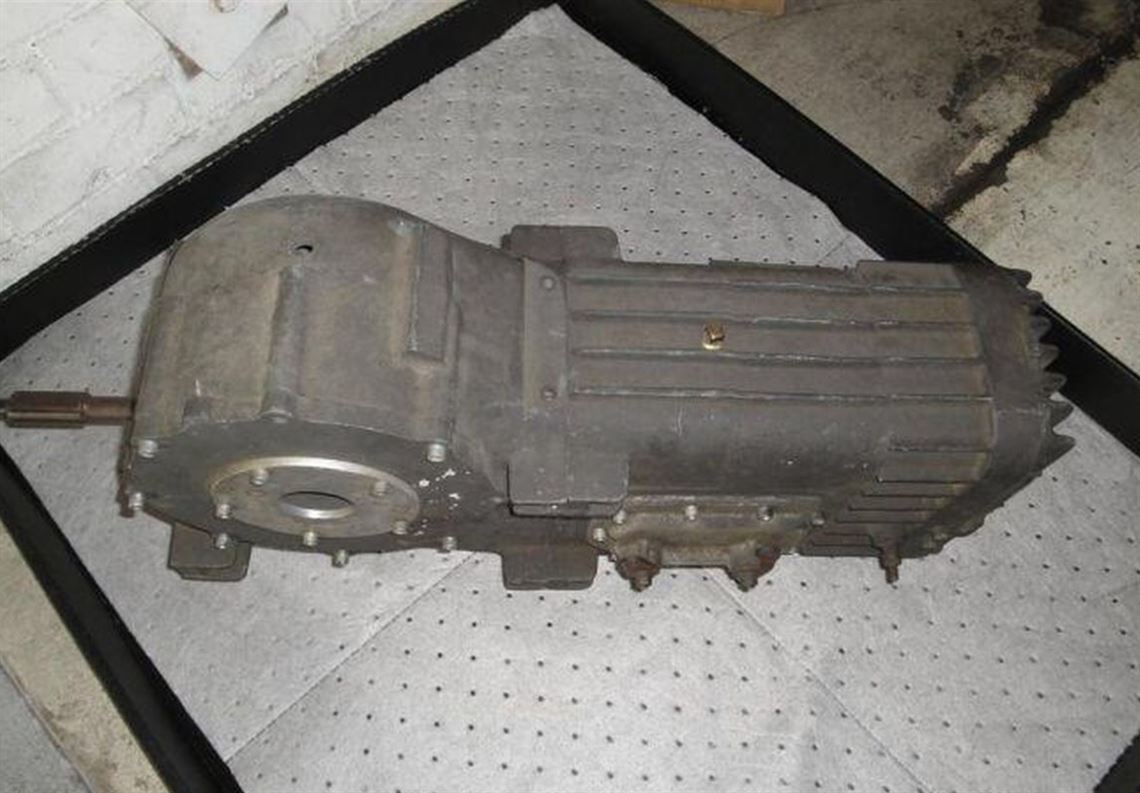 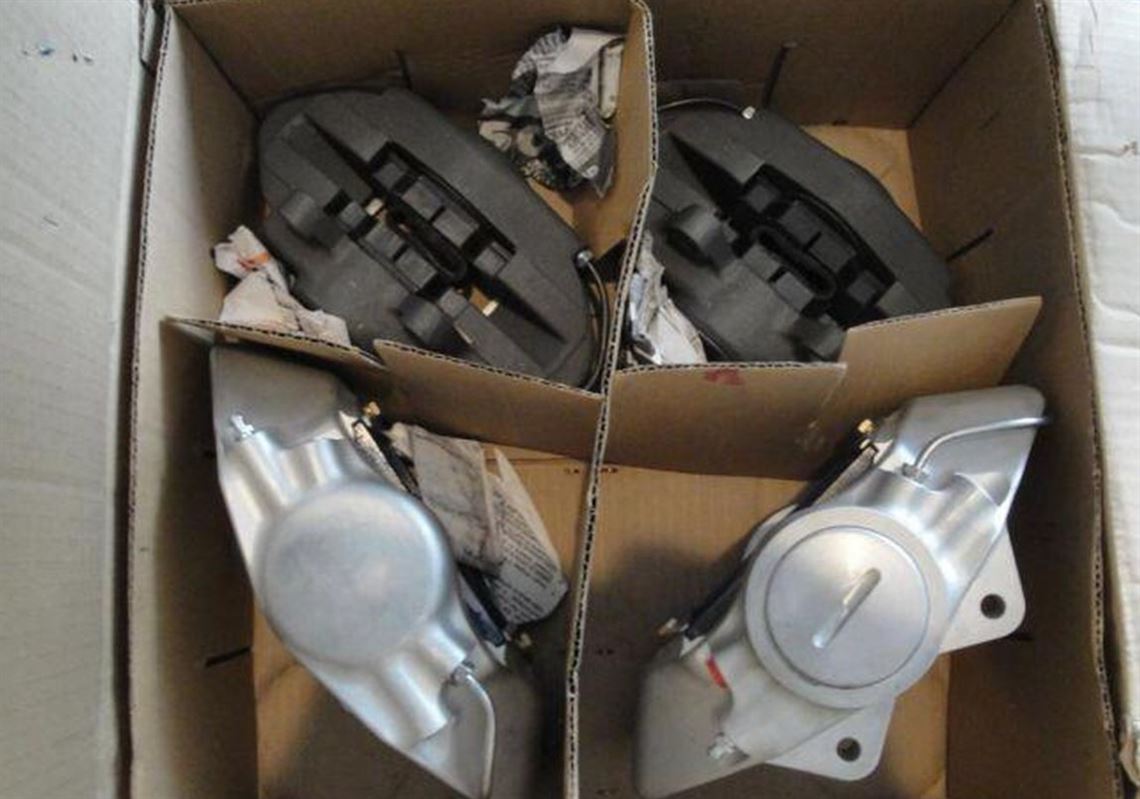 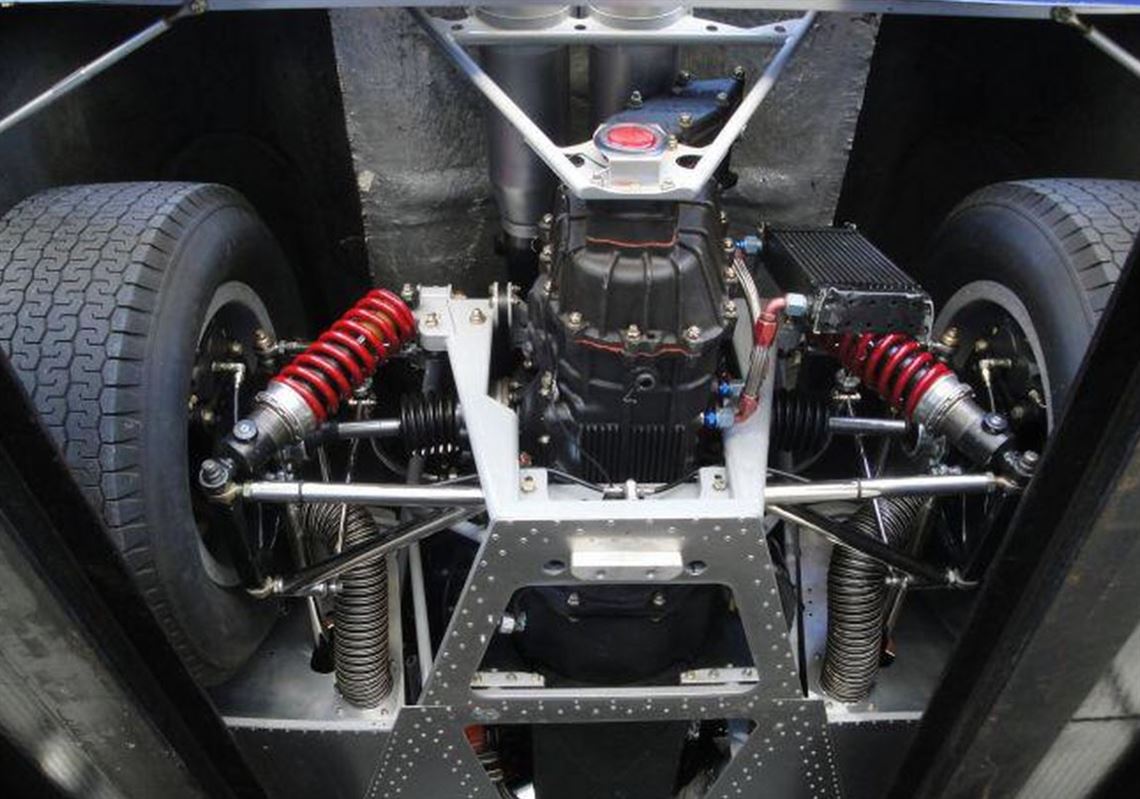 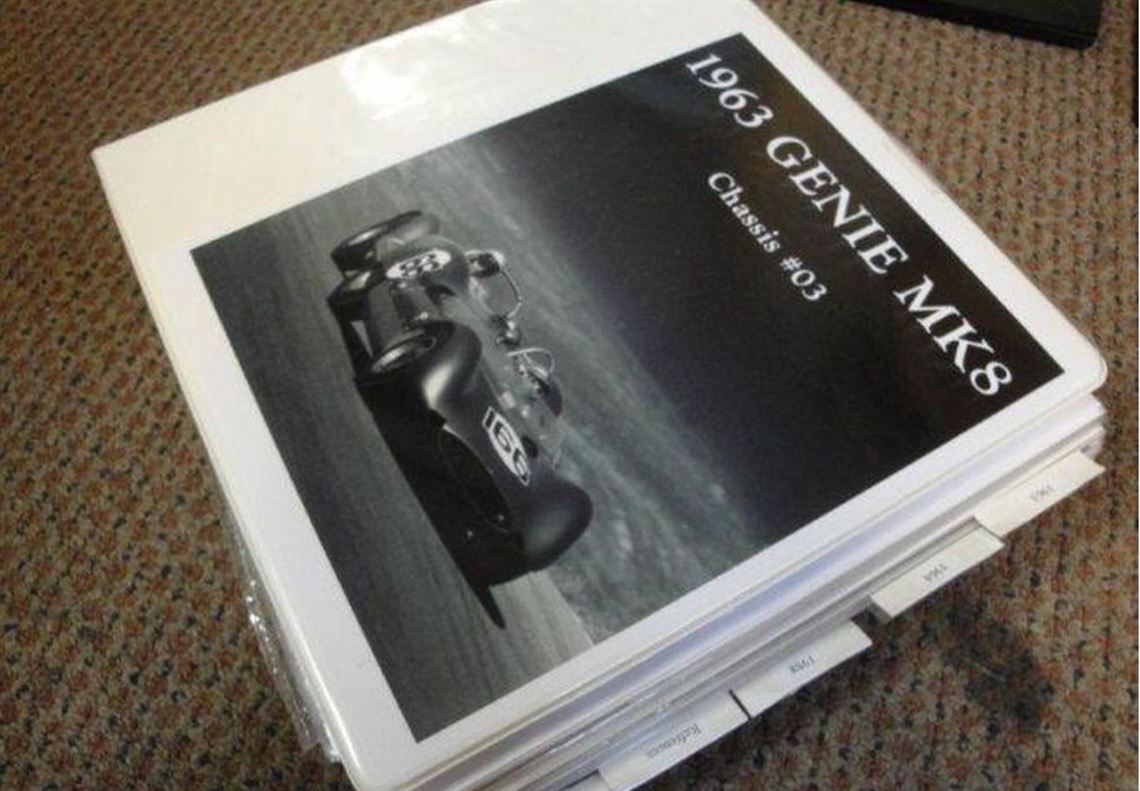 The Huffaker Genie was the brainchild of Joe Huffaker, head of British Motor Car Distributors’ Competition Department under the ownership of Kjell Qvale during the early 1960’s. BMC, as it was known, was essentially the West Coast equivalent of Max Hoffman’s famous distributorship, and Qvale brought Volkswagen, Porsche, Audi, MG, Austin Healey, Lotus, Jensen, De Tomaso, Maserati, Lamborghini, Jaguar, Land Rover Rolls-Royce, Bentley, and many other European marques to Americans living in the Western United States starting in the late 1940’s. Indeed, the Qvale dynasty is still very much alive today on Van Ness Avenue in San Francisco, and throughout their dealer network. During the early 60’s, working for Qvale, Huffaker designed, engineered, and constructed some of the earliest mid-engined racecars under the name Huffaker Genie, which was particularly impressive given that neither McLaren nor Lola had introduced any mid-engined cars. Consequently, for a brief period, Huffaker Genies were the car to have, and the company was at one point the largest dedicated racecar constructor in the United States. The facility was in San Rafael, California, and today, Mr. Huffaker is still at work not far away, restoring race cars at a shop located at the famous Sears Point racetrack. Huffaker Genie began initially with four cylinder cars displacing no more than two liters, and eventually grew into producing the Mark 8, which featured a tubular space frame and a range of American V8’s from Oldsmobile, Buick, Ford, or Chevrolet.

This particular car, chassis number three of approximately seven Mk. 8’s built, was the BMC Works car run during the 1963 season, and was piloted by legendary drivers Dan Gurney and Pedro Rodriguez. Mr. Rodriguez drove the car at the 1963 LA Times Grand Prix at Riverside to 3rd place, and the car comes with an original program from the event. Then, as now, the car was powered by a small block Ford engine. By the 1964 season, the car had been sold on to Ed Lowther, who won the SCCA National Championship with the car that year. The car has known ownership history from new and is fantastically documented, with literally hundreds of period photographs, newspaper articles, and magazine articles mentioning or featuring the car. Additionally, the car has three log books, FIA papers, many technical schematics, and even an original advertisement for the car. The car passed through the hands of a number of enthusiastic owners, including one who registered the car for the street in the late 1980’s while continuing to race it.

The car was raced through the nineties, and is currently owned by an enthusiastic owner who is also a historian. He commissioned Mr. Huffaker himself to restore the car to the configuration in which it raced at Riverside in 1963 with Mr. Rodriguez at the wheel. The restoration, which was completed between 2007 and 2009, was extremely comprehensive and is thoroughly documented with invoices. The restoration work was so detail oriented that event the dual fuel filler configuration has been replicated with NOS period external filler caps. The car is one of few examples that retains its original magnesium Genie wheels, and was shown at the 2009 Hilton Head Concours upon its completion. Additionally, the car was featured in an article in Vintage Motorsport magazine after the completion of the restoration. In order to mount the American V8’s amidships, Huffaker developed a proprietary 4-speed transaxle when designing the Genie, however the car is currently fitted with a more user-friendly Hewland unit at this time. The original BMC-Huffaker transaxle is included with the car, as is a second set of period-style Genie wheels and tires, a set of recently made Joengloeds wheels ideal for competition use, and a helpful supply of extra brake pads, seals, gaskets, and other odds and ends which will likely prove helpful in running the car. Additionally, the car comes with a complete second set of Genie bodywork which has not yet been made (although paid for), and will be supplied by Huffaker at the new owner’s request.

The car has seen minimal use since its restoration, and remains in stunning condition. The restoration was done to standards far higher than the car’s original construction, and has very nice paint with only a few small chips and no other appreciable wear. The wheels, chassis, and interior have all been very nicely restored, and the car is event ready with full safety equipment.

This is an extraordinarily rare opportunity to acquire a piece of American racing history. Nearly unbeatable during their heyday, early Genies represent the golden age of sports car racing, when an upstart with reasonable financing and innovative ideas could simply go out and win races. This particular car is surely one of the finest documented and most significant examples of the marque, in addition to being one of the most original and properly restored examples. It is extremely competitive in vintage events (it won its Monterey Historics race in 1999 and 2003) and is widely eligible for all varieties of historic events.

Winner in 1960 with Dan Gurney