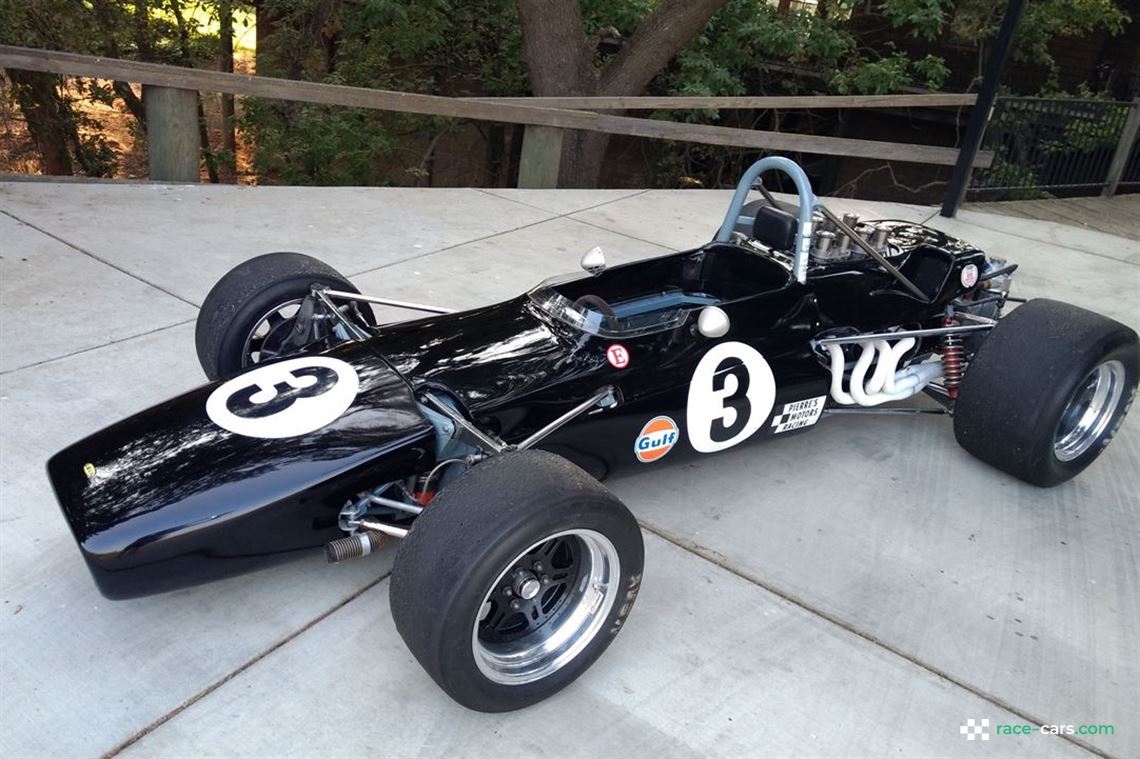 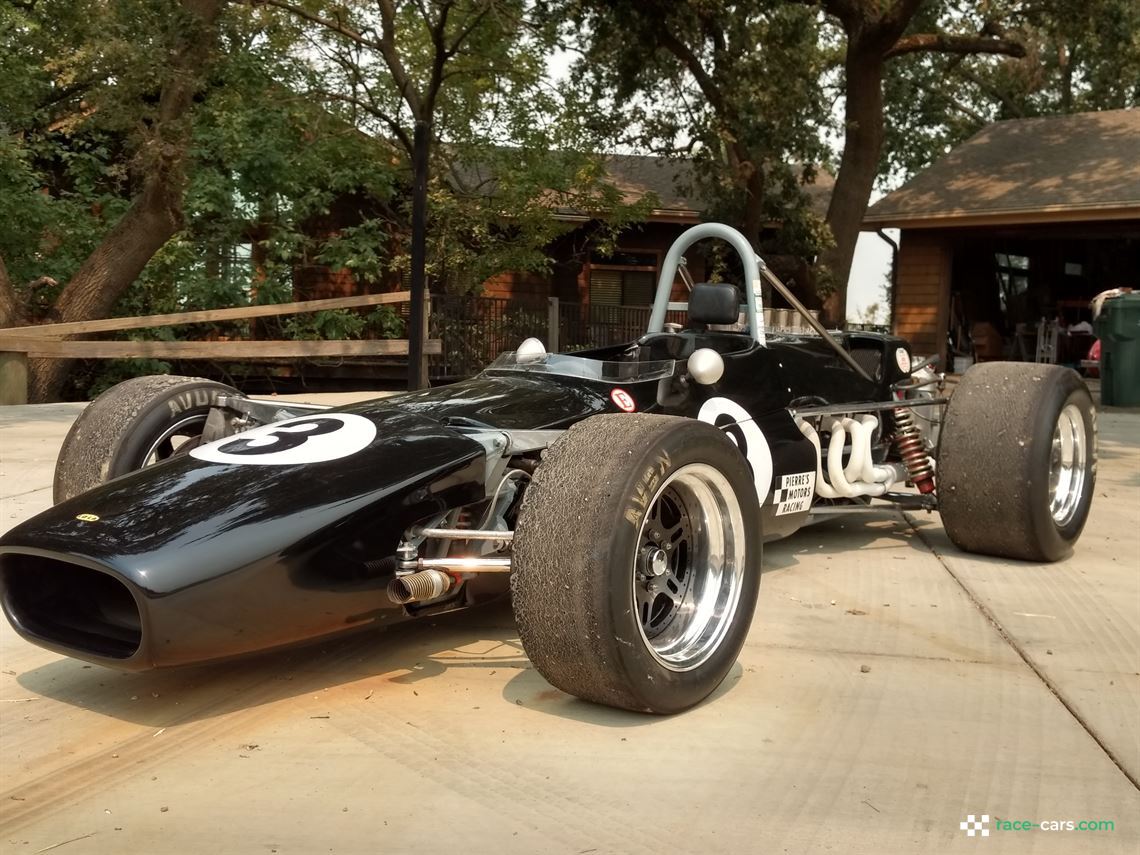 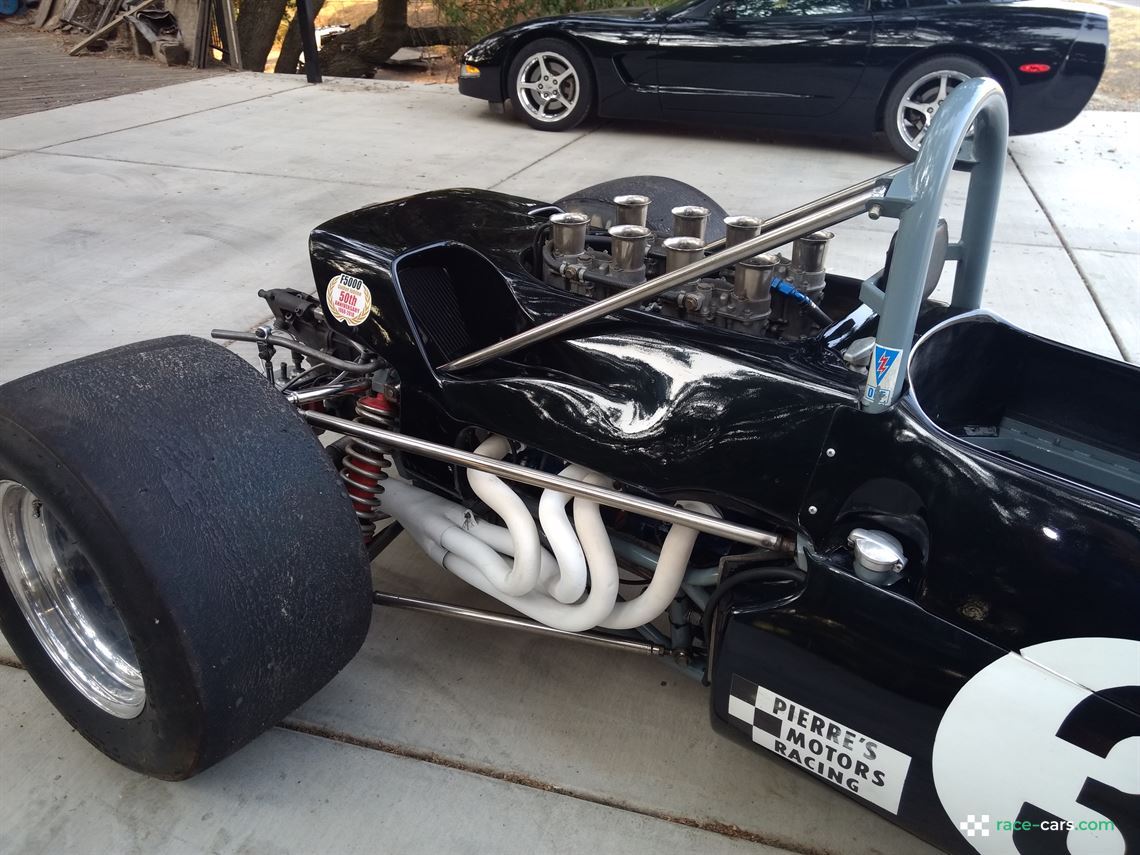 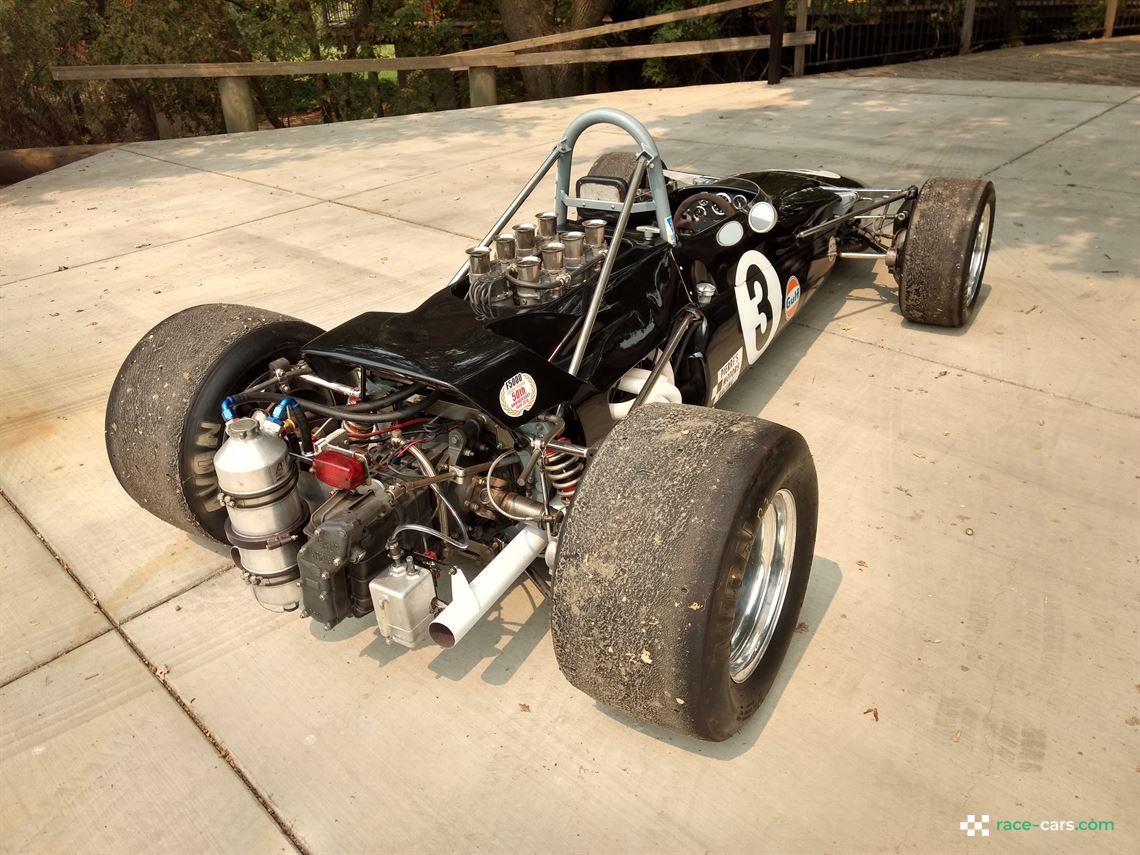 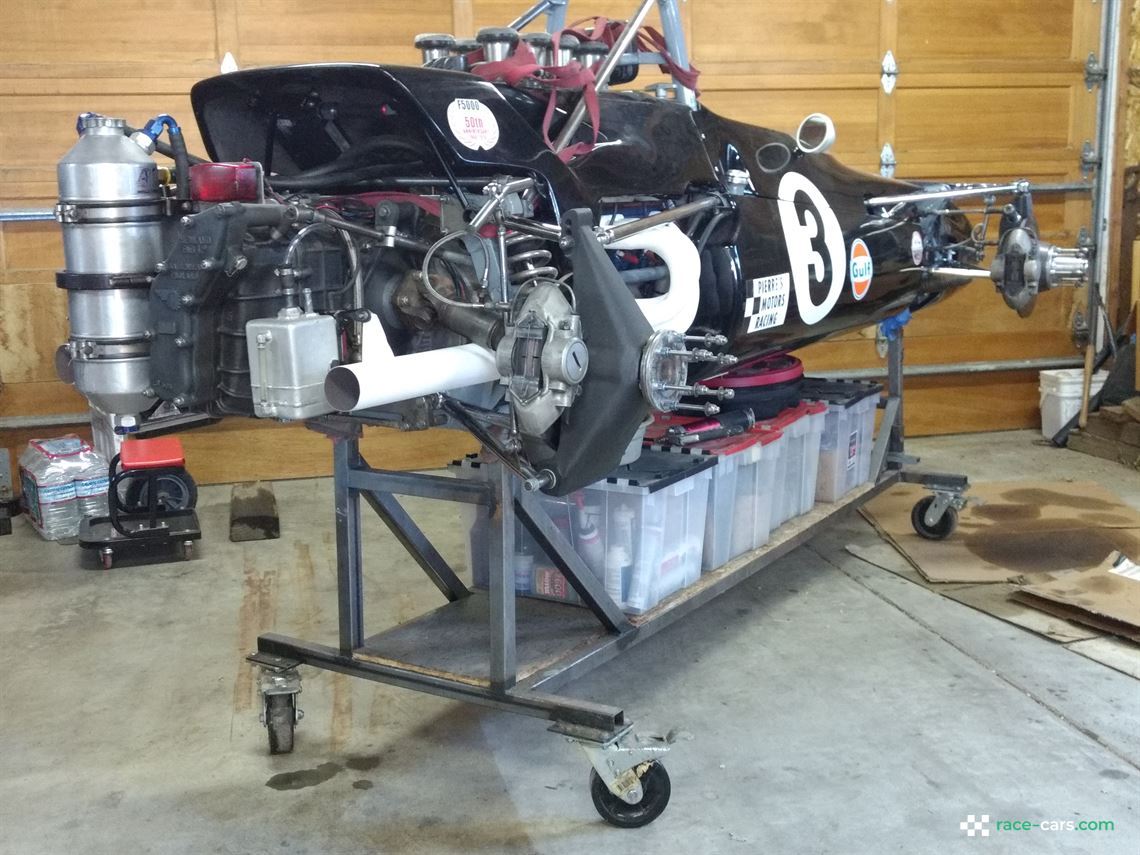 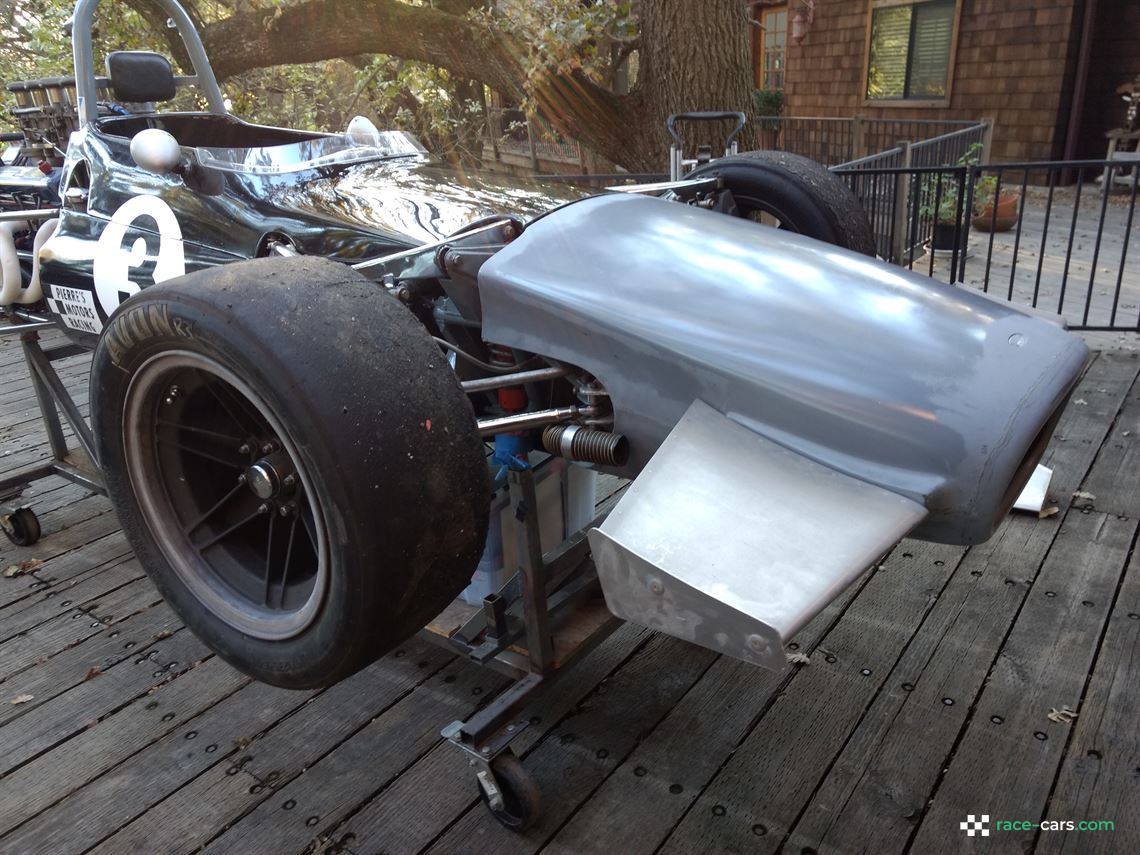 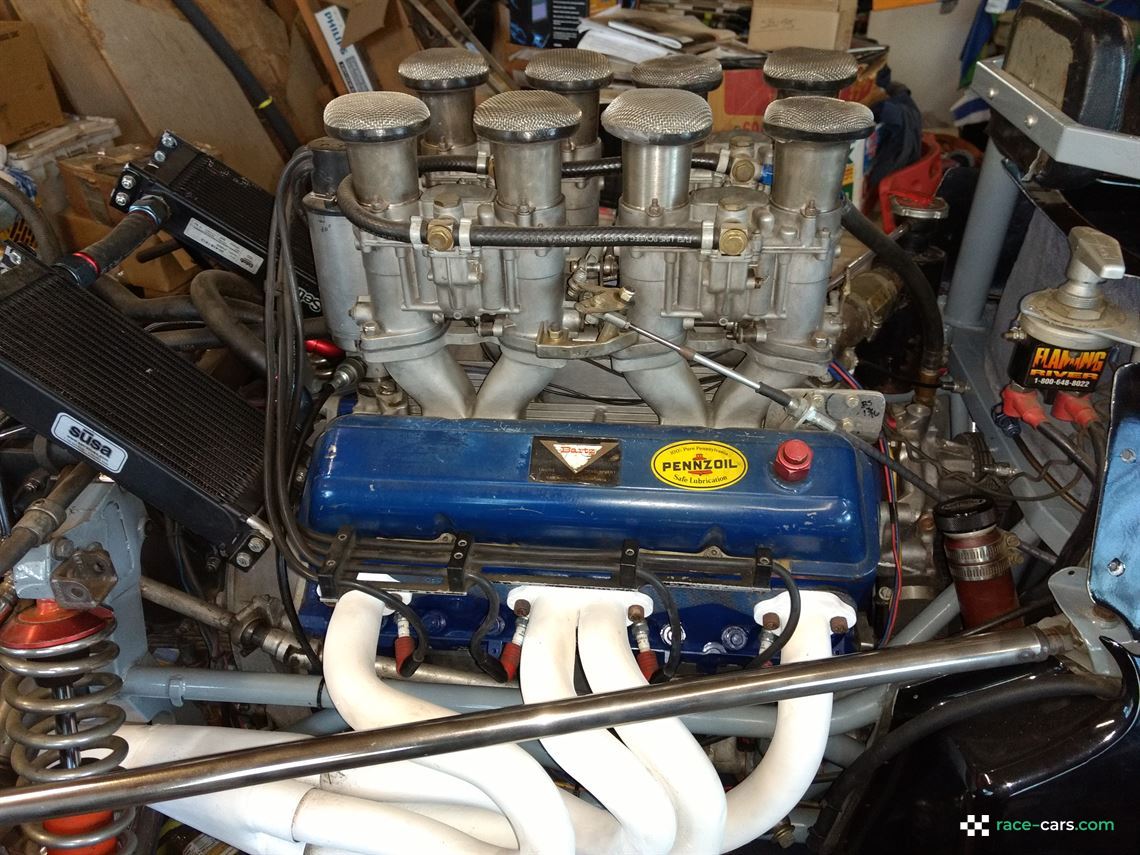 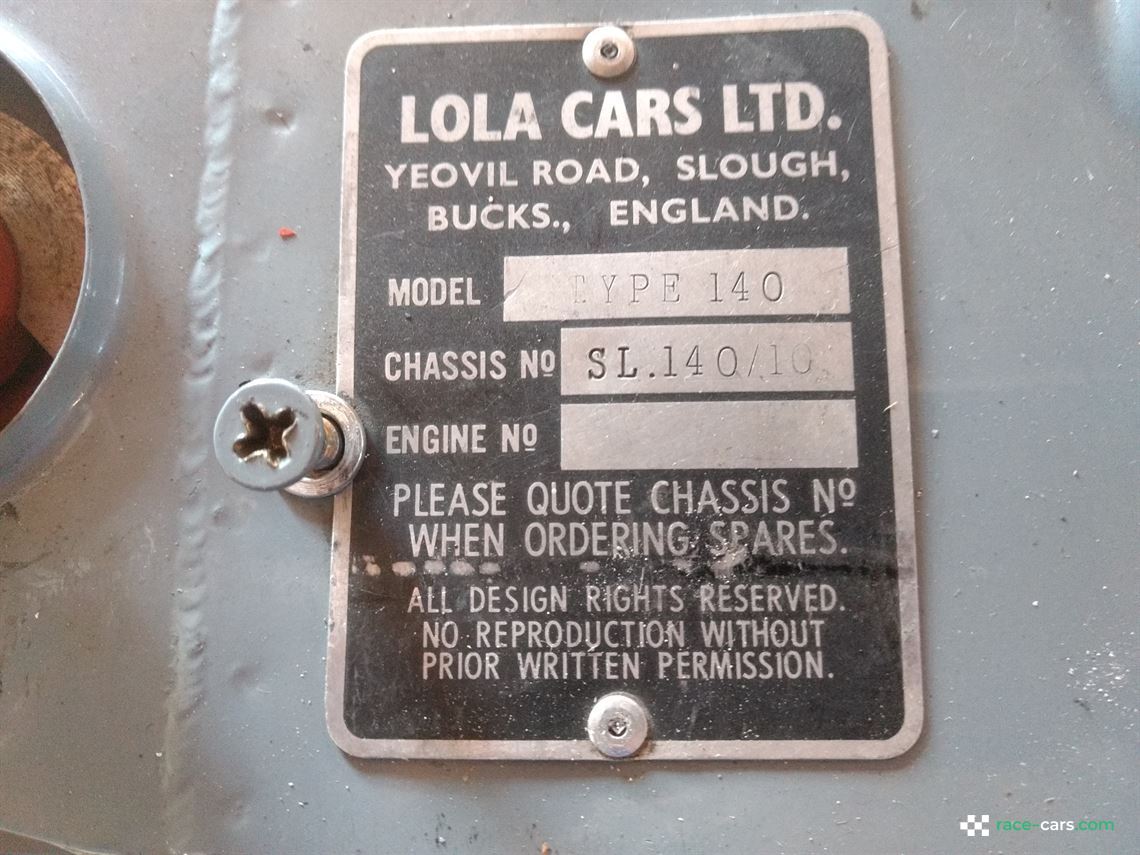 This Eric Broadley designed race car is one of the first Lola cars built for the SCCA Formula A class road race cars.  Formula A then became the Formula 5000 professional racing series in Sports Car Club of America in 1969.

Chassis #10 with number stamped identifying marks was imported to the United States by Carl Hass and sold to Pierre Phillips of Pierre’s Motors Racing in Portland Oregon.  Phillips raced the car in FA and F5000 classes on the West Coast and also raced it in 1968 and 1969 in the F5000 races in New Zealand.  Car is restored to as raced condition in 1968/69.

Fuel system has been upgraded for safety from fuel bladders to enclosed fuel cell.

The original Koni shockabsorbers  have been rebuilt.

A spare nose comes with the car that can be used with 2 sets of front wings as were used on the Lola T142.  Rear wings are available but not mounted to the car.  Fiberglass nose moulds for the T140 and T142, and seat mould are also included.

Also a cart for the car to sit on while working on it in the shop is included.  A extensive list of spares and supplies for the car will be supplied upon request.

This car is restored to “as raced condition when new in 1968” with original chassis number stampings on the frame and sheet metal bulkheads.

In 2008 at the first 40 year F5000 Wine Country Vintage Car Race at Sonoma Raceway this car won the award for “Best Presentation and Performance” for our F5000  race group.   It has also won trophies in several of the events entered since then and has been competitive in its class competing successfully against cars that have wings.